Cape Breton Highlands National Park (established 1936) stretches across the northern tip of Cape Breton Island, occupying 948 km2 of a high plateau covered with bogs and forest and dotted with ponds.

Around the seaward edge of the park are 300 m cliffs, sheltered coves and rocky beaches, all under constant attack from the Atlantic Ocean. Vegetation is varied: hardwood forests of maple, beech and yellow birch contrast with muskeg, heath barrens and orchid-dotted bogs. Wildlife species include moose, white-tailed deer, black bear, snowshoe hare, bobcat, lynx and, possibly, cougar. The rock vole, Gaspé and pygmy shrews and marten, all considered rare in Canada, inhabit the park. Over 230 species of birds have been recorded.

This is one of the places claimed as the site of John Cabot's landfall in 1497. Micmac were living in the area at the time. Portuguese fishermen were the first Europeans to settle, followed by French and Scottish immigrants. Tradition is strong in fishing villages near the park. French is the first language of many residents, reflecting their Acadian heritage, while the use of Gaelic reflects a Highland heritage.

The 298 km Cabot Trail, a modern scenic highway, is one way to experience the park's beauty. There are 6 vehicle-accessible, fully serviced campgrounds, as well as backcountry sites. 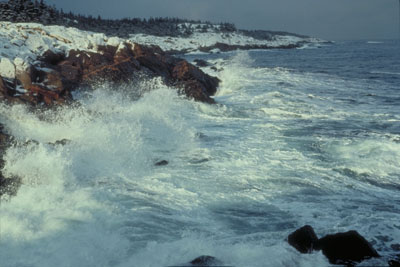 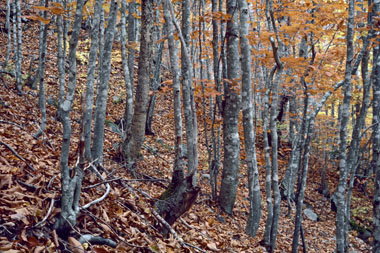