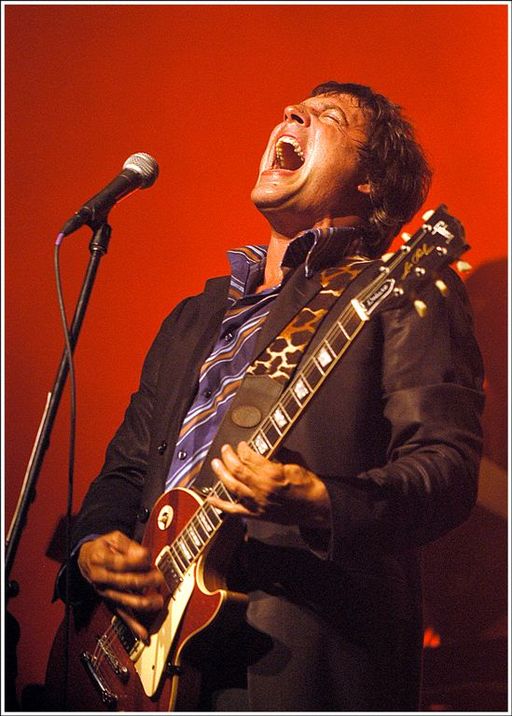 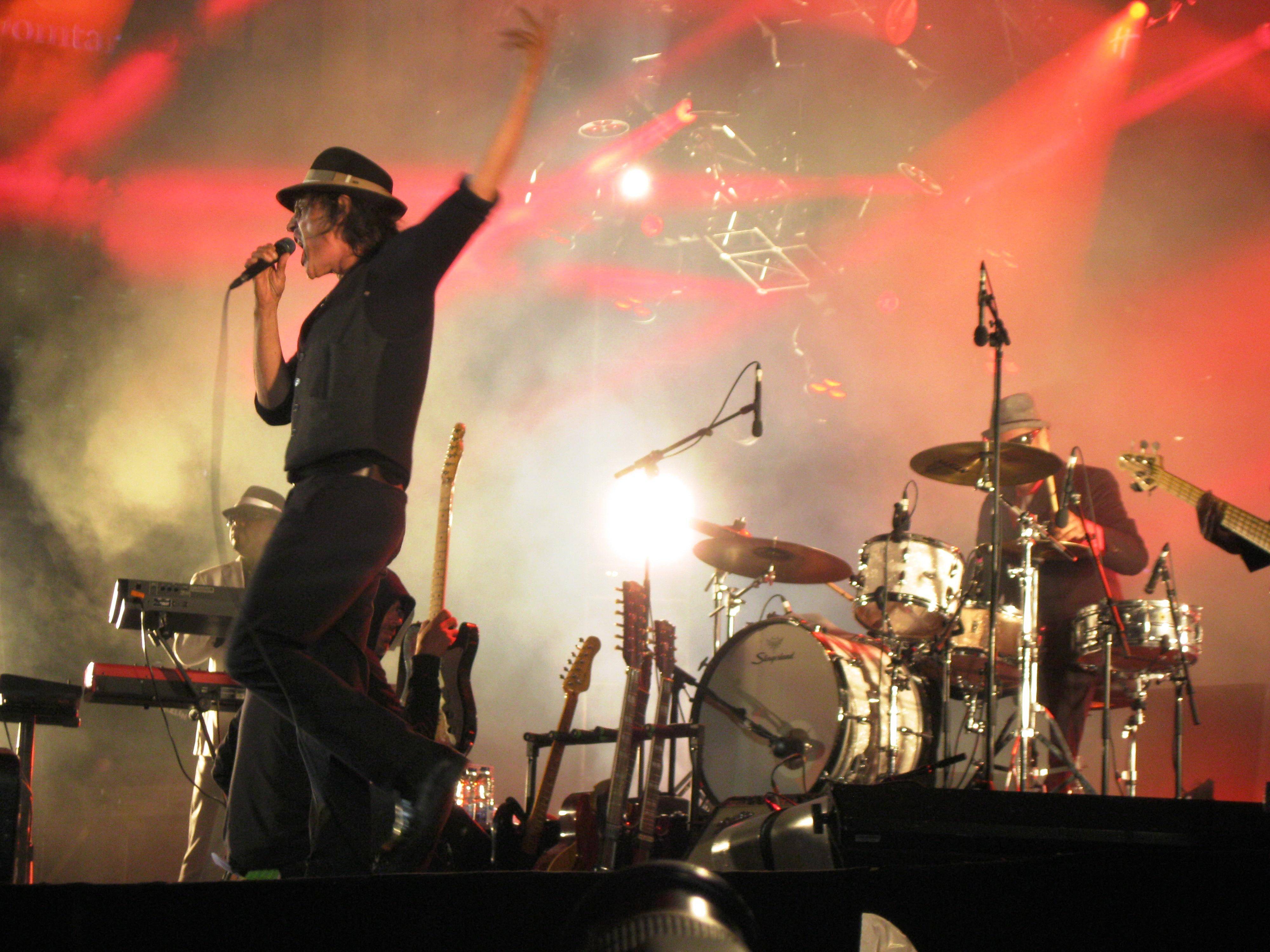 Jean Leclerc spent part of his childhood in Togo, where he lived until he was 8. After that, he returned to Québec for a year, then left again for Algeria, where he discovered his passion for music. Like most young people of his generation, he was heavily influenced by the Rolling Stones, the Beatles and Jimi Hendrix, but he was also strongly affected by francophone music and some of its most colorful stars, such as Jacques Dutronc, Jacques Higelin, Serge Gainsbourg and Michel Polnareff.

In 1976, Leclerc returned to Québec for good. He developed his musical art with such a unique style that in 1983, he took first prize for singing-songwriting at the Granby Song Festival. Two years later, he sang the role of Ziggy in the second production of the rock opera Starmania by Luc Plamondon.

In 1988, Jean Leclerc took the stage name Jean Leloup and introduced himself to young audiences with his music video “Alger” and, shortly afterward, his album Menteur. He was unhappy with the arrangements on this album, finding it too commercial, and disowned it shortly after its release. But a music video of one song from this album, “Printemps-été,” set in an apartment the day after a party, was broadcast on MusiquePlus (the French-language counterpart of MuchMusic) and brought him real popularity.

On the strength of this success, Jean Leloup formed the group La Sale Affaire, whose members included multi-instrumentalist Yves Desrosiers and drummer François Lalonde. Around this time, Leloup also met DJ James Di Salvio at the Tam Tams (informal festivals held every Sunday afternoon at the foot of Mount Royal, in Montréal). Di Salvio immediately offered to work with Leloup on his next music videos. It was the start of a great artistic partnership.

In 1990, Leloup produced a second album with La Sale Affaire, entitled L’amour est sans pitié. Di Salvio, a great admirer of French New Wave film director Jean-Luc Godard, took inspiration from his landmark film À bout de souffle (Breathless) to create the music video for the song “Isabelle” from this album, in which Leloup does an outstanding job in the role of a spurned lover.

Reacting to the confrontations between Iraq and an international military coalition fighting to end the occupation of Kuwait, Leloup took the 1990–91 Persian Gulf War as the inspiration for his song “1990.” Like the music video made from it, the song’s mixing and arrangements were the work of James Di Salvio and had an experimental feel. The song soon became a big hit in Québec dance venues.

Jean Leloup was also an early contributor to the Bran Van 3000, a music collective founded in 1994 by James Di Salvio and E. P. Bergen, another Montréal DJ. (It was Leloup who encouraged Di Salvio to pick up a microphone and take centre stage himself.) This group comprised about 10 artists playing in a wide variety of styles, including pop, disco, trip-hop, electro and rap. In the guise of his alter ego, John the Wolf, Leloup lent his voice to a few of the songs released by the collective, including “Forest” on the album Glee in 1997 and “Dare I Say” and “Talk Dirty” on Discosis in 2001.

After the success of L’amour est sans pitié, Jean Leloup headed off to New York for a while with Di Salvio, in search of inspiration. This productive visit resulted in the album Le dôme, released in Fall 1996. This much awaited album was very well received by critics and the public in Québec. It earned Leloup the Félix Award for Songwriter of the Year in 1997 and officially went platinum (100,000 copies sold) on 26 June 1998. The dome alluded to in the title is a mystical meeting place where dreamers gather in the night, a place where they can recognize one another. Like its predecessor, this album offers up musical work of the finest quality. Several of the songs on it got radio play, including the hits “Johnny Go,” “Sang d’encre,” “Le monde est à pleurer,” “Edgar” and the highly popular “I Lost My Baby.”

In June 1998, Leloup and his band set out on a tour entitled Jean Leloup et les naufragés du Titanic, during which he recorded part of his album Les Fourmis live at Le D’Auteuil, a show bar in Québec City. Just two weeks after this album, which included a few new songs, was released in November 1998, it went gold (see Music Canada). This one musical project garnered Leloup no fewer than five Félix Awards in 1999, including Rock Album of the Year, Best Music Video (for “La vie est laide”) and Best Show of the Year.

After resting for a while, Leloup headed off on another tour in early 2000, presenting a series of shows in Québec In 2001, he performed at the Francofolies de Montréal and Woodstock en Beauce festivals, and he won the Miroir Audience Choice award at the Festival international d’été de Québec. Leloup then went off on his own to prepare and produce his fifth album himself. Entitled La vallée des reputations and released in Fall 2002, it was the first album in which he adopted the persona of Roi Ponpon. The songs on this new album were in the country and folk genres, and the arrangements, though simple, were carefully crafted. La vallée des réputations won the ADISQ award for Rock Album of the Year in October 2003.

In July 2003, Leloup launched his Jean Leloup Big Band tour, accompanied by a brass section and backup singers. It was his last tour in character as Jean Leloup and, wishing to make a clean break, he literally buried his signature top hat and collection of vests. He also set his guitar on fire and left it on a beach on the shores of the Yamaska River. This gesture, made in the same spirit as when illustrious rocker Jimi Hendrix burnt his guitar, symbolized a death directed toward a quest for rebirth. Having thus shed his old skin, in Spring 2004 the artist issued a boxed set and DVD entitled Exit. These were to be his last recordings as Jean Leloup.He then went back to his real name, Jean Leclerc.

In 2006, Leclerc issued his new album Mexico with the announcement “Leloup is dead, long live Jean Leclerc!” The album sold over 60,000 copies in six months. It was also released in a limited vinyl edition of 535 copies.

On 30 August 2008, Leclerc revived the character of Jean Leloup for a retrospective show on his successes since the start of his career. The show was presented at the Colisée arena in Québec City before an audience of 6,500. Unhappy with the arena’s acoustics, Leloup made several biting remarks to the audience, for which the critics and the media took him to task. In response, he released his seventh studio album, Mille excuses Milady (a thousand pardons, my lady), in 2009 under the name Jean Leloup. In 2010 and 2011, he toured as a guitarist with the Québec rock’n’roll group The Last Assassins.

In 2015, after a six-year wait since his last record, Leloup’s many loyal fans were rewarded with the release of a new studio album, À Paradis City, whose rhythms and sonorities transported them into their idol’s innermost thoughts. In two songs filled with suffering, “Les bateaux” and “Retour à la maison,” Leloup successfully conveyed complex feelings and emotions. À Paradis City was a huge seller, too: it ranked ninth among the top-selling albums in Canada in 2015. It was nominated in two categories at the Juno Awards and won the award for Francophone Album of the Year.

With his ever changing approach to his career, Jean Leloup has continued to surprise his wide audience. Whether highly refined or experimental, this singer-songwriter’s music remains poignantly and defiantly timeless.

Félix Award, Lyricist or Composer of the Year, ADISQ(2015)