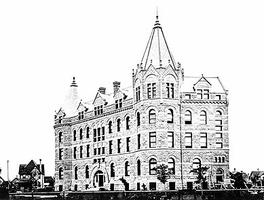 Methodism, originally a movement within the Church of England in Britain, led by John Wesley (1703-91), who encouraged personal holiness and a disciplined (hence "methodical") Christian life. It was distinctive in its Arminianism, the belief that individuals are free to accept or reject God's grace, and that it is possible to attain "perfection" (the overcoming of a will to sin) in this life.

The movement was first represented in what is now Canada by one of Wesley's followers, Laurence COUGHLAN, who began to preach in Newfoundland in 1766. Yorkshire settlers around Chignecto, NS, in the 1770s were the first sizable group of Methodists in the Maritimes. William BLACK, of the next generation, became the greatest Methodist preacher and organizer in the Atlantic colonies. Following the arrival of LOYALIST Methodists after the American Revolution he worked with the American Methodist Episcopal Church, but before long he began to recruit preachers from England, and in 1800 Methodists in the Maritimes joined the English Wesleyan Conference. Subsequent immigration strengthened ties with England, making Maritime Methodism dependent on English policies, deferential to dominant Anglican elites, and conservative. Not until 1855 did Maritime Methodists gain partial autonomy, in the new Conference of Eastern British America.

Methodism exercised its strongest influence in Upper Canada. Methodists were among the Loyalist founders and many more among "late Loyalists" who flocked into Upper Canada before the WAR OF 1812. With them came Methodist Episcopal "saddle bag preachers," whose zeal and adaptability made them highly effective in frontier conditions. After the war, Upper Canada Methodists laboured increasingly under suspicion of being "pro-American," and in 1828 they sought a remedy by severing their American connections. In 1833 they negotiated a union with the more conservative English Methodists who had first entered the colony in 1817. The resulting Wesleyan Methodist Church fell apart in 1840 but was renewed in 1847. Methodists who rejected the union formed a continuing Methodist Episcopal Church in 1834 and attempted to maintain close ties with their American counterparts. Continued English immigration brought more evangelical groups to Upper Canada: Primitive Methodists (1829), Bible Christian Church (1831) and New Connexion Methodists (1837).

Reflecting its Anglican origins, Methodism retained the sacraments of baptism and Holy Communion but placed more emphasis on evangelical preaching and the necessity for individual conversion. The warmth of Methodist services owed much to hearty congregational singing, especially of the hymns of Charles Wesley. Methodists were nurtured in their faith and discipline by the weekly "class meeting." In the pioneer societies of North America, the "camp meeting," often lasting several days, was a highly emotional experience for participants. Later, with success and wealth, the church became less rigid in both doctrine and discipline and its services more formal and sedate.

Under Egerton RYERSON, founding editor of the Christian Guardian, Methodists became involved in Upper Canada politics as a result of their determination to deny the Church of England's claim to be the colony's established church (seeANGLICANISM). Support for religious and civil equality did not lead to political radicalism and Ryerson's early sympathy for William Lyon MACKENZIE and the Reform Party soon waned. In both the REBELLIONS OF 1837 and the 1844 election, when loyalty was an issue, Ryerson and most Methodists followed a moderate path. Its concern for community life made the Methodist Church the most "Canadian" of denominations and encouraged Methodists to view their church as a nation-building force.

Inspired partly by the forces leading to CONFEDERATION, the Wesleyan Methodist Church, the Conference of Eastern British America and the New Connexion Church united in 1874, and in 1884 the Methodist Episcopal Church, the Primitive Methodists and the Bible Christians were added to form the Methodist Church. The new Methodist Church was governed by a national quadrennial conference and annual area conferences, with the participation of laymen (but not women) at all levels. It continued earlier missions among indigenous Canadians in several regions and conducted overseas work in Japan (1873) and China (1892).

With the settlement of western Canada, the Methodist Church endeavoured to hold the allegiance of Canadians migrating westward and of British settlers, and to promote the assimilation to Protestant Canadian culture of the thousands of non-Anglo-Saxons who poured into the West before WWI. This endeavour was closely associated with the SOCIAL GOSPEL. Many Methodists saw increased state intervention in economic and social life as essential in establishing the Kingdom of God on earth. The Methodist Church and most members were vociferously patriotic during WWI, a struggle they believed would purge the nation and prepare the way for a new social order. At the end of the war, several church bodies adopted Christian socialist platforms, but subsequent rejection of such policies testified to the church's dominant conservatism. When the Methodists entered the new UNITED CHURCH OF CANADA in 1925, they carried both radical and conservative traditions with them. At that time the church had 2061 ministers, 418 352 members, and many adherents.

There were several Methodist churches that did not enter the United Church in 1925. The members of these denominations were often loyal to a distinct ethnic group or dissatisfied with the doctrinal compromises that made the union possible. These Methodist churches, particularly the latter, were often more conservative than the United Church in matters of doctrine, though they usually retained Methodism's commitment to social outreach.

There were also Methodist groups who remained staunchly loyal to their own interpretations of the doctrine of John Wesley, particularly his ideas about "perfection" (or holiness). These Holiness churches also supported the work of professional revivalists, such as Phoebe Palmer, who aimed to bring about a state of "perfection" among groups of individuals through charismatic preaching. Among these churches were home-grown denominations such as the Holiness Movement Church of Canada, founded by the former Methodist evangelist Ralph Horner in 1897, and the Gospel Workers Church of Canada, formed by Frank Goff in 1902. The Gospel Workers Church of Canada was absorbed by the Church of the Nazarene, an American Holiness church, in 1958. Another American import, the Free Methodist Church, which entered Canada in 1876, hoped to profit from the formation of the United Church in 1925. It positioned itself as the logical home for any Methodists not satisfied with the union. The Free Methodist Church did not, however, attract large numbers after 1925 and, since the 1970s, it has been divided between those who favour a closer association with fundamentalist groups, such as the Pentecostals, and those who want to remain within the denominational mainstream.

Most Methodists who were unwilling to enter the United Church gravitated toward either the Salvation Army or the Evangelical Missionary Church, which became the most influential Holiness churches in Canada by the early twenty-first century. With its emphasis on social action and "perfection," the Salvation Army attracted Methodists who were doctrinally conservative but still dedicated to transforming Canadians, and Canadian society in general, into a Christian commonwealth. The Evangelical Missionary Church, created in 1993 through the union of the Evangelical Church in Canada and the Missionary Church of Canada, also stressed the importance of "perfection," as well as a commitment to missionary work both within Canada and abroad.

According to the census, the Evangelical Missionary Church was the fastest-growing Methodist denomination in Canada, increasing its membership from 44 935 in 1991 to 66 705 in 2001. The Free Methodists numbered 14 110 in 2001, while the Salvation Army had a membership of 87 790. There were 25 730 members of other, unspecified, Methodist churches in Canada in 2001.