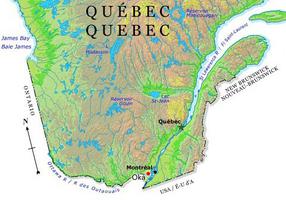 Oka, Québec, municipality, population 3,969 (2011), 3,300 (2006), incorporated 1875. Oka is located on Lac des Deux Montagnes, just west of Île de Montréal. Established in 1875, the municipality developed at a strategic position on a point of land that extends well into the lake. In 1717 the governor of New France granted the seigneury of Lac-des-Deux-Montagnes to the clergy of the Séminaire de Montréal so that they could build a mission for the Native people. In 1881 Trappist monks from France founded their famous Abbey of Notre-Dame-du-Lac, now called the Abbaye Val Notre-Dame (or La Trappe d'Oka).

In 1962 the provincial government developed Parc de récréation d'Oka a few kilometres downstream from the village, its main attraction being its large bay, an ecological sanctuary and the Montagne du Calvaire, on whose peak the seigneurs built a pilgrimage site in 1739 for the Mohawk who went there every autumn before setting out on their hunt.

Nearby is the Mohawk reserve of Kanesatake. A land dispute between the reserve and the municipality was brought to national attention in 1990 when the Mohawk Warriors Society set up a blockade. An officer of the Sûreté du Québec (SQ) was killed when the SQ stormed the blockade in an attempt to dismantle it. Troops of the Canadian Armed Forces were called in and a standoff resulted that ended peaceably.