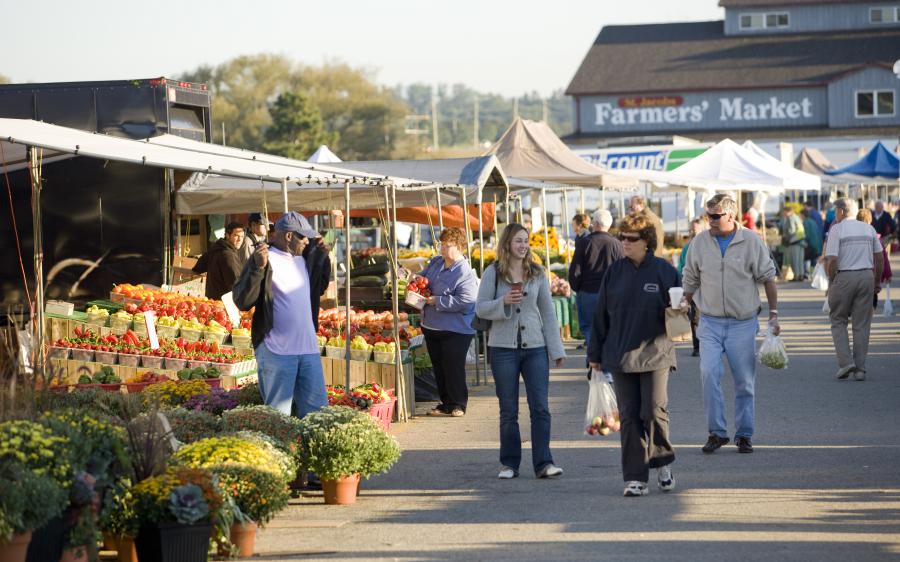 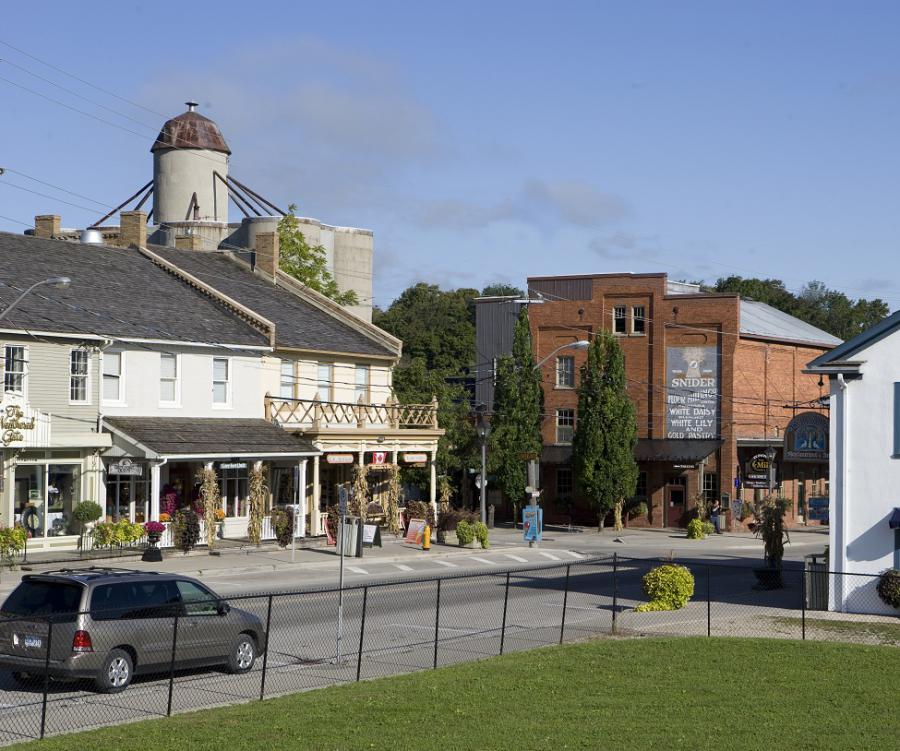 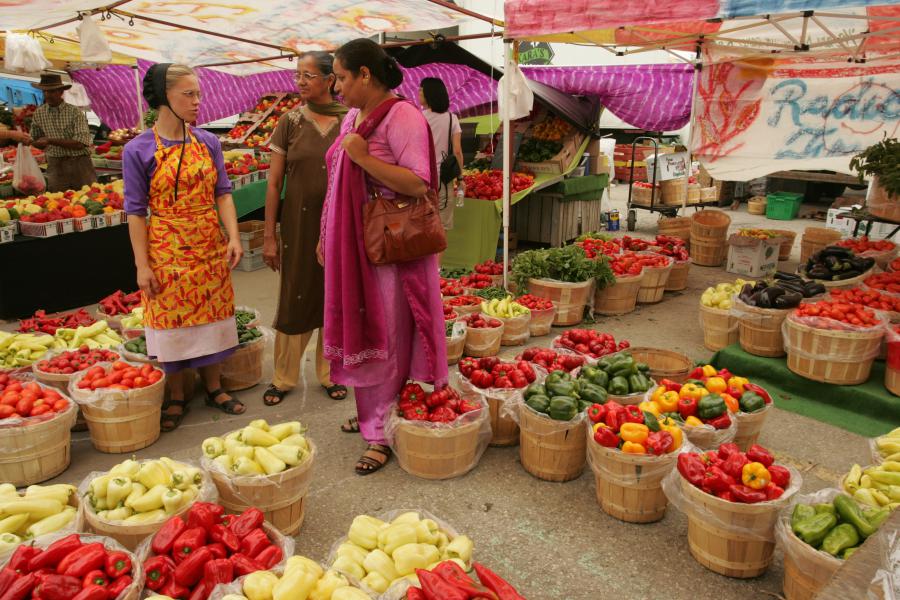 St. Jacobs, ON, established as a Police Village in 1904 and dissolved as such in 1972 under the Regional Municipality of Waterloo Act (1972), population 1,891 (2011c), 1,597 (2006c). The village, situated along the Conestogo River in southwestern Ontario, is located approximately 8 km north of the city of Waterloo. Colloquially known as “Jakobstettel,” the village was officially named St. Jacobs in 1852.

St. Jacobs remains unincorporated and is located in the Township of Woolwich. This area originally belonged to tracts of Crown land granted to the Six Nations peoples. Their leader, Mohawk war chief Joseph Brant (Thayendanegea), in an effort to raise money to put toward an annuity for the Six Nations peoples, sold the land in blocks to land speculators. Mennonites from Pennsylvania purchased the land that became St. Jacobs in 1807 from carpenter William Wallace. In 1851 farmer and industrialist Jacob C. Snider constructed a dam on the Conestogo River, which provided waterpower for saw and woolen mills. These industries were the economic centre around which the village grew. The opening of the railway branch in neighbouring Elmira in 1891, however, had an adverse impact on industry as local workers ventured to larger urban centers like Kitchener for higher wages. This occurrence contributed to the sluggish population growth in comparison to Elmira.

In 1964, independent Ontario hardware retailers purchased Hollinger Hardware of St. Jacobs, which became the nationally-recognized brand, Home Hardware, in 1967. The St. Jacobs Farmers’ Market along with the village creates a popular tourist destination. The Farmers’ Market was originally located in Kitchener and moved to its current location in Woolwich Township in 1975. On 2 September 2013, a fire destroyed the main building of the Farmers’ Market causing more than $2 million in damage. Plans were immediately made to rebuild and a tent was erected to temporarily house those vendors affected by the fire. Prominent among the hundreds of vendors are Old Order Mennonite, and Amish farmers and artisans. These religious groups maintain a large and visible presence in St. Jacobs and the surrounding area.