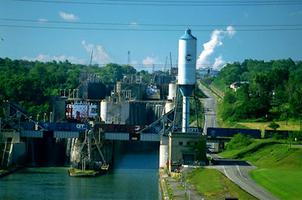 The Welland Canal is a navigational canal 43.5 km long, crossing the NIAGARA PENINSULA of southwestern Ontario from Port Weller on Lake Ontario to PORT COLBORNE on Lake Erie. It overcomes a height difference of 99.4 m between the 2 lakes and bypasses the turbulent NIAGARA RIVER and NIAGARA FALLS.

A lifeline of trade and commerce into the heart of North America, the first Welland Canal opened in 1829, an achievement attributed primarily to a St Catharines businessman, William Hamilton MERRITT. A series of major construction works has been undertaken at various times, often on different routes. Remnants of the Second Canal (opened 1845) and the Third Canal (opened 1887), and the modern or Fourth Canal (opened 1932), with a 13.4 km bypass at WELLAND (opened 1973), may be viewed.

A part of the ST LAWRENCE SEAWAY since 1959, the canal has 7 lift locks between THOROLD and Lake Ontario along its northern length, and one guard lock at Port Colborne near the southern entrance. Locks 4, 5 and 6 comprise the world-famous series of twinned flight locks, with a length of 1249.7 m and a rise of 42.5 m. The canal has a depth of 8.2 m and a surface width generally of 94.5 m. The Bypass Channel at Welland is 9.1 m deep with a surface width of 106.7 m. Maximum vessel dimensions are length, 222.5 m; breadth, 23.8 m; draught, 8 m; and height above water level, 35.5 m. The canal is crossed by 11 lift-bridges, 3 tunnels, one high-level bridge and a seasonal pedestrian ferry.

The administration of the canal has changed from the St Lawrence Seaway, a federal crown corporation, to the not-for-profit St Lawrence Seaway Management Corporation, operated by the shipping companies and users of the seaway together with federal and provincial government representatives.

Cargo tonnes have increased from 25 million t in 1959 to a maximum of 66.2 million t in 1979. Thereafter, recession and changing transportation demands have caused severe decline to a low of 31.8 million t in 1993 and 2003. On average, about 37 million t of cargo is handled each year, principally iron ore, wheat, corn, soybeans, bituminous coal and manufactured iron, steel and cement. There has been a move to larger and fewer vessels in the canal; in 1959, a smaller tonnage filled 7966 vessels compared with today's 3300 vessels.

Regional Development
The Welland Canal created and expanded communities along its length, and has been a primary factor in their urban form and industrial development. The Welland Canals Parkway running the full length of the canal from Port Colborne to Port Weller, is being built by the Regional Municipality of Niagara. However, this tourism-enhancement project is being financed from community contributions rather than regional taxation alone, raising doubts as to when it will be completed. 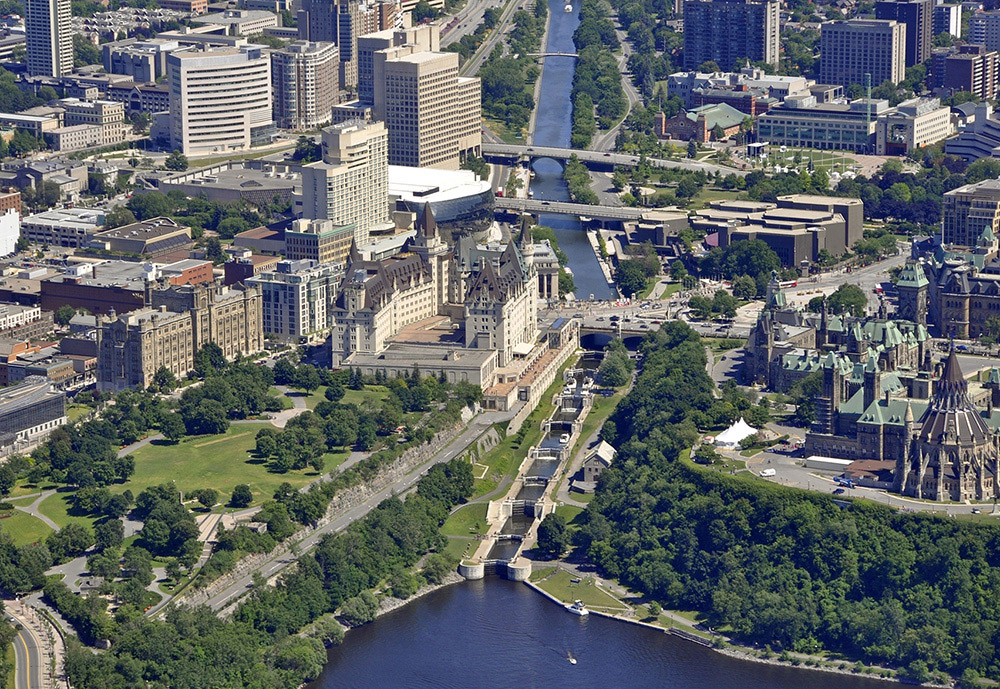 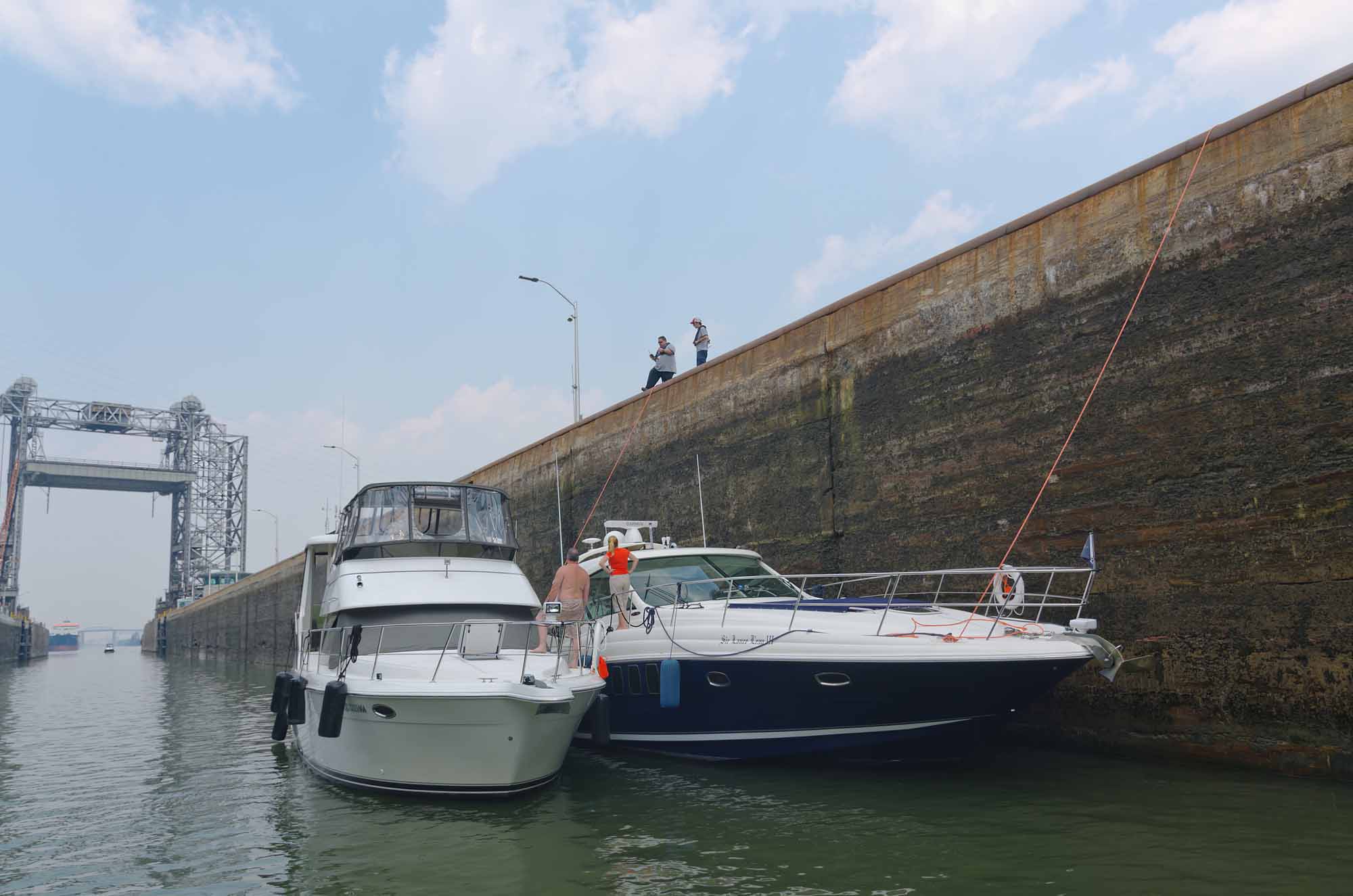