Generation Z refers to a cohort of people born roughly between 1997 and 2011 (see Population of Canada). While members of Generation Z have a wider variety of life choices available to them than previous generations, they also face increased financial instability, as well as heightened rates of anxiety, stress, and depression. Despite some negative stereotypes, Generation Z exhibits many worthy traits including an increased openness to diversity, and a desire to make a difference and have a positive impact on the world. It is important to note that while individuals who make up generations may have similarities, no generation is uniform.

Did you know? The age cohort known as Generation Z was initially referred to by different names including iGen and Homelanders, but by 2019, the name Generation Z had gained traction in the media and among the public. 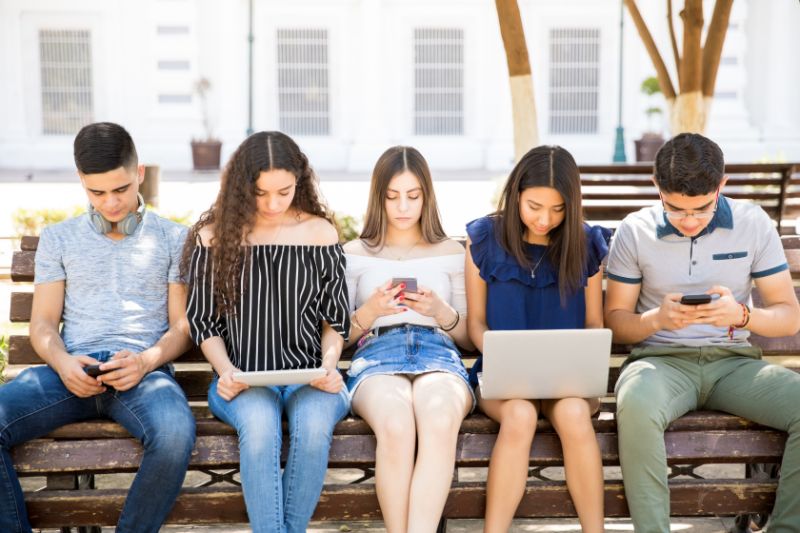 A Generation Defined by Change

Life for Generation Z is defined by change. Of course, being in one’s late teens and early twenties has always been a time of rapid change. This is true of most generations. But members of Generation Z have experienced, and continue to experience, transitions in their formative years that are much more complex and varied than previous generations.

For example, it is much more common for members of Generation Z to work and go to school at the same time. It is also more likely that they will transition back and forth between school and work several times over the course of their lives. This is particularly true for those from economically disadvantaged backgrounds as the demand to juggle school and work often leads to longer delays before stable employment.

There are also more life paths open to Generation Z than there were for previous generations. Young people today can consider a career that may not have existed a generation ago (or even a few years ago). This new range of life paths can provide increased opportunity, but the consequences can be harder to anticipate. Even if young people make the same choices around education and work that led to success for previous generations, there are no guarantees that they will achieve the same levels of success. In Canada, members of Generation Z, like Millennials, are predicted to be worse off financially than their parents.

It is not new for young people to be economically vulnerable. But experts argue that the conditions under which Generation Z is growing up represent the first time in industrialized history — except for times of war or significant natural disaster — that the financial fortunes of young adults have fallen so far below the rest of society.

The members of Generation Z who have already entered the work force did so with more debt than members of previous generations did (see Labour Force; Labour Market). In Canada, the total amount of student loans owed to the federal government alone reached $15 billion in 2010. This number is expected to continue to grow in the future. In addition, Generation Z is more likely than any other age group to be employed in precarious work. This means that it is increasingly probable they will hold multiple jobs, jobs without benefits or security, and/or be engaged in part-time or contractual work.

Members of Generation Z are more likely to be overqualified for the work they do. Facing labour market challenges so early in one’s career can have lasting effects, including lower salaries throughout one’s working life and a likelihood to stay in lower paying jobs for longer periods of time. It is important to recognize that the impact of these realities is not evenly distributed. The road to secure employment and economic stability is much tougher for some segments of Generation Z than for others. In Canada, youth unemployment rates are higher for people of colour and Indigenous people than they are for young people as a whole (see  Prejudice and Discrimination in Canada).

Like Millennials, members of Generation Z are digital natives, meaning people who have only ever known a world where computers and the Internet are parts of daily life. In addition, Generation Z is history’s first truly ‘constantly connected’ generation that is ‘always on’ when it comes to technology (see also Information and Communications Technologies; Information Society). Having grown up as the smart phone became commonplace, members of this generation can engage with and affect others more than ever before. New forms of media have also broken down traditional markers of status and authority allowing Generation Z to meaningfully engage with a more diverse group of individuals over a much wider geographic area (see Media Literacy; Canada and the Digital Economy).

There is no conclusive research about the extent to which technology may be negatively impacting young people. However, the context of cyber-bullying, the relative lack of in-person socialization and the pressures to be ‘always on’ may be contributing to increasing rates of depression, stress, and anxiety among members of Generation Z.

Experts have not determined the cause of this mental health crisis among Canadian youth. Some have suggested that it may, in part, be due to increased awareness and recognition around mental health. However, a contributing factor may be the growing pressures that Generation Z face to succeed. The parents of Generation Z are, for the most part, members of Generation X. While their parenting style might be more practical than that of Baby Boomers, there has been a rise in parental expectations for their children’s success. Some psychologists suggest these expectations have reached concerning extremes.

Some young people face more pressure than others. Students who are the first in their families to complete a university degree, for example, face unique challenges. So do children of immigrants, who sometimes face higher expectations from parents due to the desire to fulfill what academics term “the immigrant bargain” (see Immigration in Canada). Adding to the pressures that today’s parents put on Generation Z is the fact that higher levels of education are now expected for certain jobs. This is sometimes called credential inflation.

Despite the challenges faced by Generation Z, the media has tended to focus on the perceived negative characteristics shared by members of Generation Z rather than on their positive attributes. Members of Generation Z have been called "Millennials on steroids" and the generation has frequently been described as “technology-dependent” and “cautious about the future”.  A 2018 survey by the recruitment firm Nexxt found that 40 per cent of parents with Generation Z children believe their children are lazier than Millennials. The same survey goes on to find that 40 per cent of Baby Boomers believe that Generation Z will have “a negative effect on the workplace.” In addition, a poll by Abacus Data in 2018 indicated that 70 per cent of Canadian adults “feel that young Canadians are not that prepared or not at all prepared to be active civic leaders in their community.” But if one looks beyond the negative stereotypes that often dominate the conversation about younger generations, the positive attributes of Generation Z are not hard to find.

Openness to Diversity and Desire for Impact

Generation Z spends longer than previous generations in the period of life characterized by identity formation and the search for meaning and purpose. Research suggests that this is the result of young people spending more time in school than ever before. This change has led to more freedom for exploration by placing a longer moratorium on the responsibilities of adulthood for Generation Z than in previous generations (over five years longer than Generation X and almost ten years longer that the Baby Boomers). This increased time spent on identity formation and a search for meaning has had several outcomes.

Experts report that young people are more accepting of diversity and believe in the importance of equality across race, gender, and sexual orientation. On the topic of gender identity, the majority of Generation Z says that, when asking about a person’s gender, options other than “man or woman” should be included. Generation Z is more comfortable with fluid notions of identity in general, including holding untraditional views on gender, race, sexuality and politics.

Members of Generation Z also exhibit a desire to contribute to something larger than themselves and believe they have the power to change the world. A study by advertising agency Sparks & Honey found that 60 per cent of Generation Z wants to have an impact on the world as compared with 39 per cent of Millennials. Examples include: Anishinaabe water activist Autumn Peltier; Pakistani activist, Nobel Peace Prize winner and honorary Canadian citizen Malala Yousafzai; Swedish climate activist Greta Thunberg and; the American gun control activists from Marjory Stoneman Douglas High School in Florida. 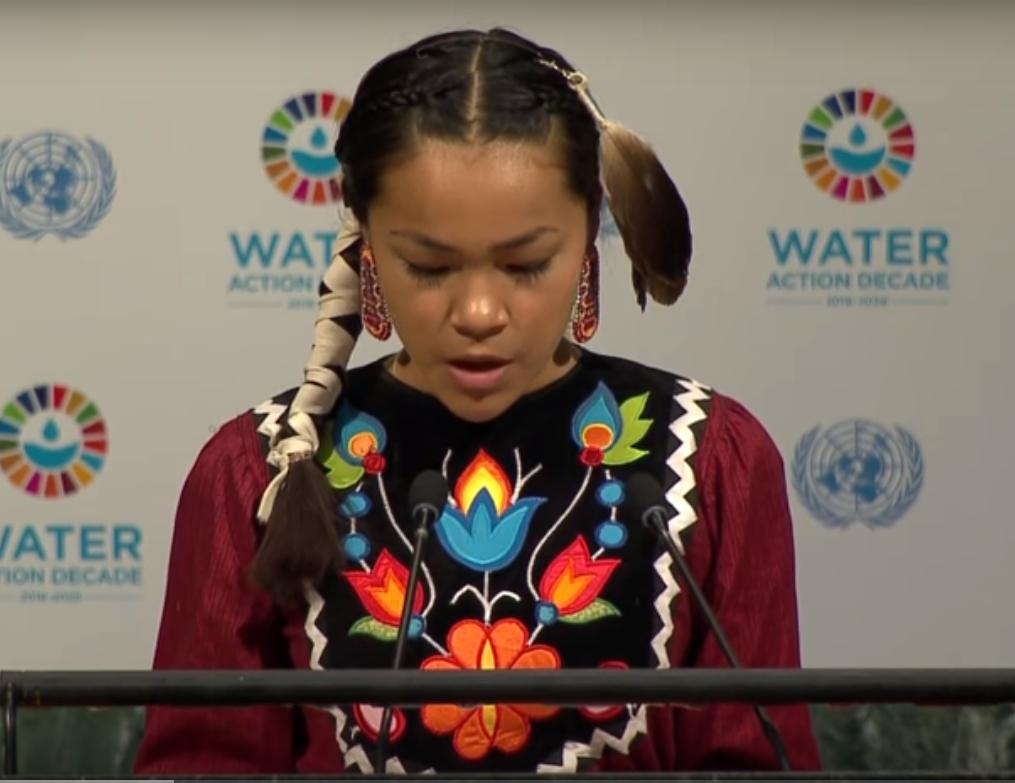 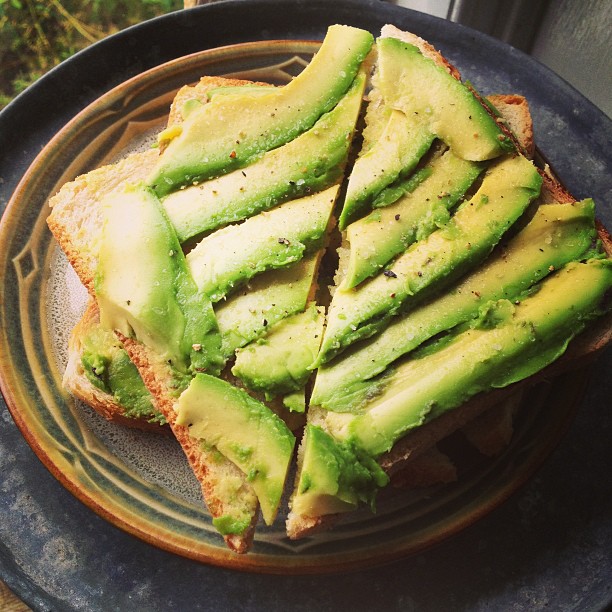