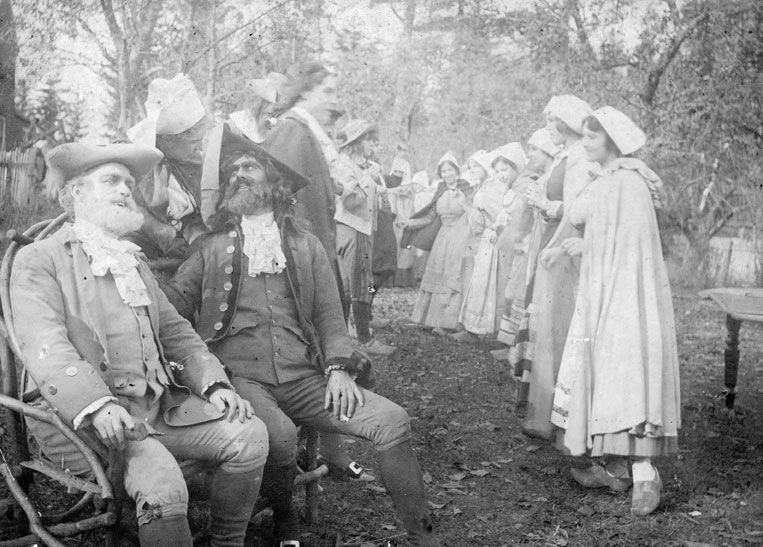 Evangeline, Canada's first feature film, was shot in locations that were central to the Acadian expulsion, such as Grand Pré and the Annapolis Valley. It was directed by and starred American stage actors but featured locals in supporting roles. 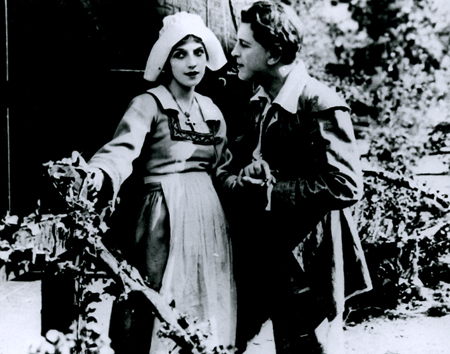 Beginnings: Films on Acadia by non-Acadians

The first feature-length Canadian film (unfortunately now lost) was made in 1913, and its subject was the Acadians. Entitled Evangeline and inspired by the poem of the same name by Henry Wadsworth Longfellow, it told the story of a young couple who were separated by the deportation of the Acadians. The film, directed by Edward P. Sullivan and William H. Cavanaugh for the Canadian Bioscope Company of Halifax, was shot in English in the Annapolis Valley, in Nova Scotia, the ancestral home of many Acadians. 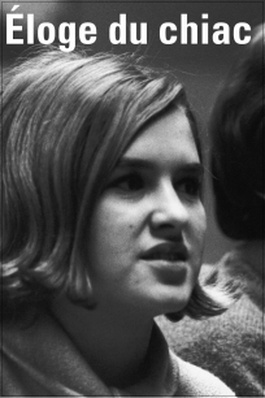 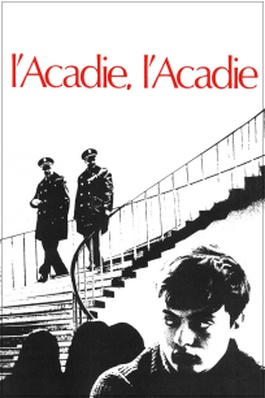 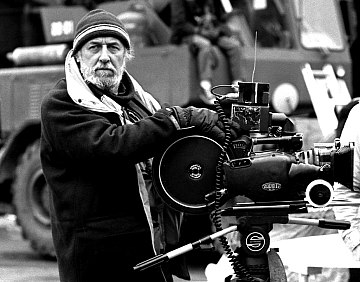 In 1949, the first French-language documentary about the Acadians, entitled Les Acadiens, was produced by Crawley Films, of Toronto. Next came three films directed by Québec filmmaker Roger Blais over the period 1952 to 1955: Voix d’Acadie, Chanteurs acadiens and Les Aboiteaux. Later, working on location in Moncton in 1969, Québec filmmakers Pierre Perrault and Michel Brault shot Éloge du chiac, in which a teacher explains chiac, a uniquely Acadian blend of French and English, to her students. In 1971, Brault’s documentary feature L’Acadie, l’Acadie!?! (English version: Acadia Acadia ?!?) reported on the student protest movements at the Université de Moncton. Brault returned to Acadia in 1976 with André Gladu to shoot an excellent documentary series about francophone music, Le son des Français d’Amérique. Gladu returned in 2004 to direct the documentary Tintamarre – La piste Acadie en Amérique.

First Films on Acadia by Acadians

Pioneering Acadian filmmaker Léonard Forest accepted a permanent position as a film director with the National Film Board of Canada (NFB) in Montréal in 1954. He directed and produced nearly 150 films in the course of his career, but only five of them were about Acadians: Pêcheurs de Pomcoup (Fishermen of Pubnico, 1956), a documentary about swordfishing in the village of West Pubnico, Nova Scotia; Les Acadiens de la dispersion (1968), a documentary about Acadian identity, with a musical score by Édith Butler; Acadie libre (1969), about Acadians’ social and economic conditions; La noce est pas finie (1971), filmed in collaboration with citizens of New Brunswick and set to music by Georges Langford, a resident of Québec’s Magdalen Islands, with his roots in Acadia; and lastly, Un soleil pas comme ailleurs (1972), about social and economic conditions on the Acadian Peninsula in New Brunswick. 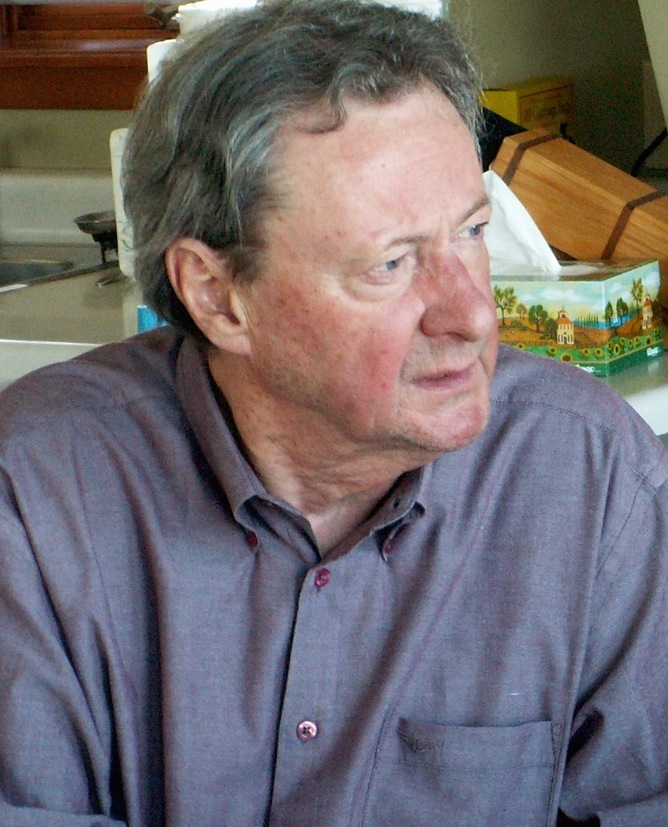 Léonard Forest played a huge role in the development of Acadian cinema. At his urging, the NFB opened its Studio Acadie to produce French-language films in Moncton, in 1974. This studio became the hub for Acadian film production and provided training for many Acadian filmmakers. Since its opening, this studio (now known as the Canadian Francophonie Studio – Acadie) has generated over 130 productions and co-productions, making it the largest producer of Acadian documentary films. 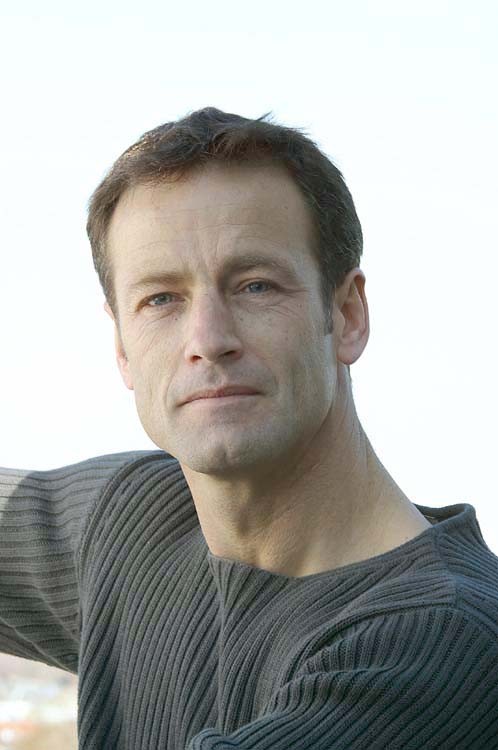 In Studio Acadie’s early years, some young Acadian directors chose to express themselves through films that were fictional but firmly grounded in very real concerns. They denounced the alienating, suffocating influence of religion in Acadia, spotlighted the problem of communication between the generations, and expressed the difficulties of forging a new Acadian identity marked by a difficult past. Throughout the 1970s, the films from Studio Acadie provided a voice for a generation of contentious young francophone filmmakers from New Brunswick and Nova Scotia who wanted to shatter old taboos.

In 1980, Acadian Rhéal Drisdelle became the second producer in charge of Studio Acadie. He produced three documentaries during his tenure there: Armand Plourde, une idée qui fait son chemin by Denis Godin, J’avions 375 ans by Phil Comeau, and Arbres de Noël à vendre by Denis Morisset. But then the NFB’s French Program was hit with major budget cuts by the federal government and decided to close Studio Acadie temporarily. The Acadian filmmakers and technicians who worked there launched a vigorous campaign to keep this production centre open.

As this crisis played out, Acadian filmmakers started the first independent Acadian film-production companies, so that they could keep on making films. Les Productions Godin produced Denis Godin’s documentary C’est nice de parler les deux manières. Les Productions L. LeBlanc produced the documentary La musique nous explique, by Phil Comeau, while Les Productions Ciné-Baie produced four documentaries by this same director: La pêche aux homards, Margo – un village de bûcherons, La Pointe-à-Pinkney and Acadiennes de Clare. But all three of these companies soon faced the problem of lack of theatrical and broadcast outlets for their films ( this sector of the industry was still in its early stages of development), and all of them eventually had to close their doors.

In January 1982, in response to constant pressure from Acadian filmmakers and lobbying by the Société nationale de l’Acadie, the NFB’s Studio Acadie began producing films again after a two-year pause. But in the interval, most of the experienced Acadian film directors had given up on filmmaking, and the studio had to recruit new ones. At the same time, filmmakers Denis Godin, Phil Comeau and Robert Awad had left Acadia to make films for private industry in Montréal. These directors were soon followed by Jacques Savoie and Rodrigue Jean. Working out of Montréal with Les Productions Via le Monde, Phil Comeau directed the first Acadian children’s film, Le tapis de Grand-Pré (1986). 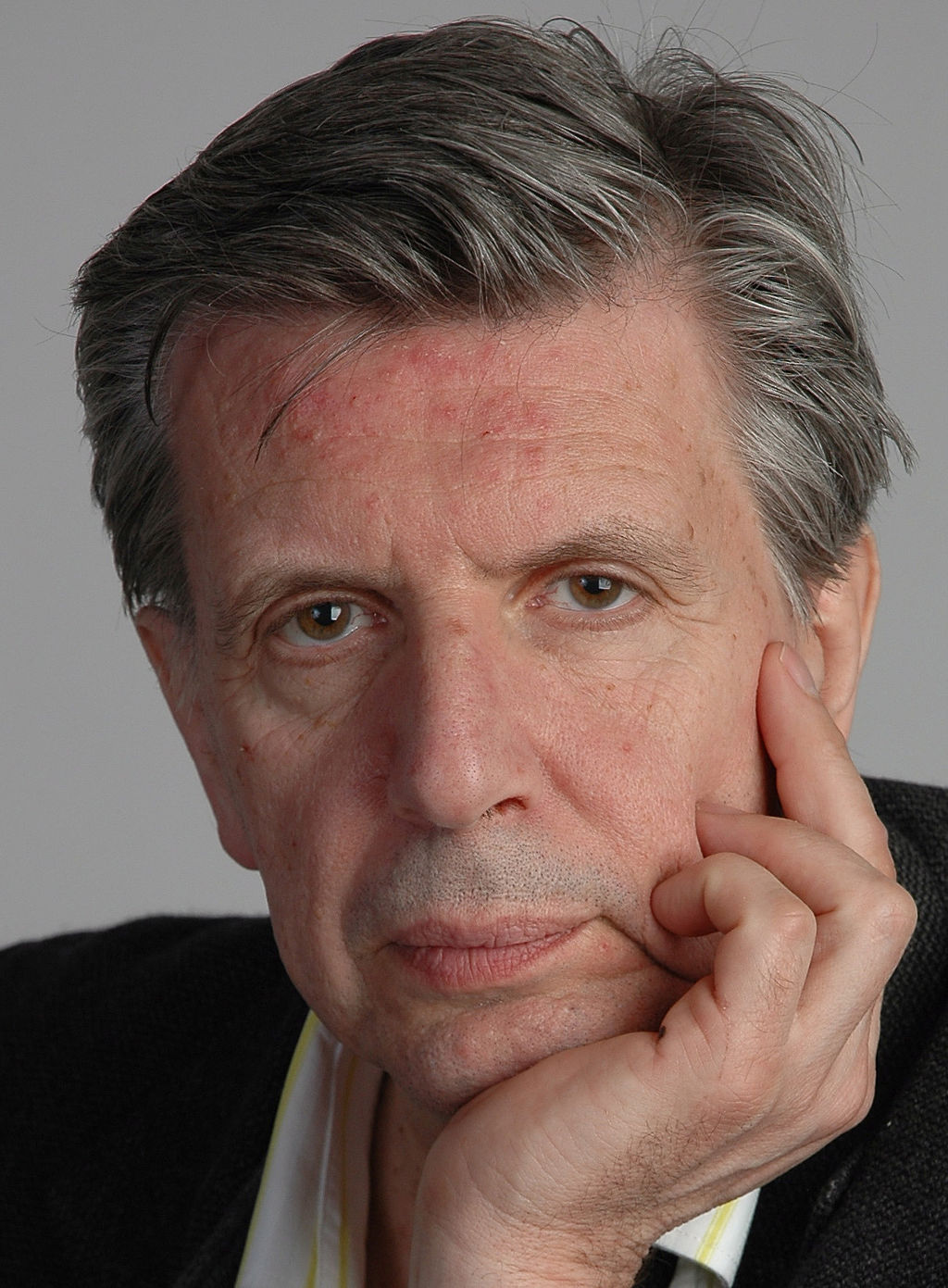 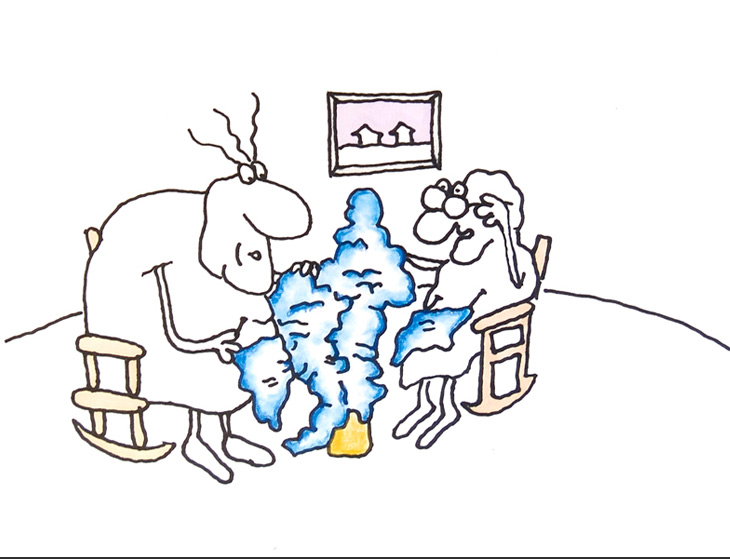 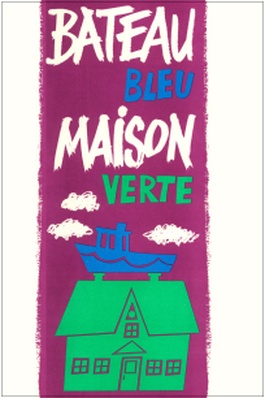 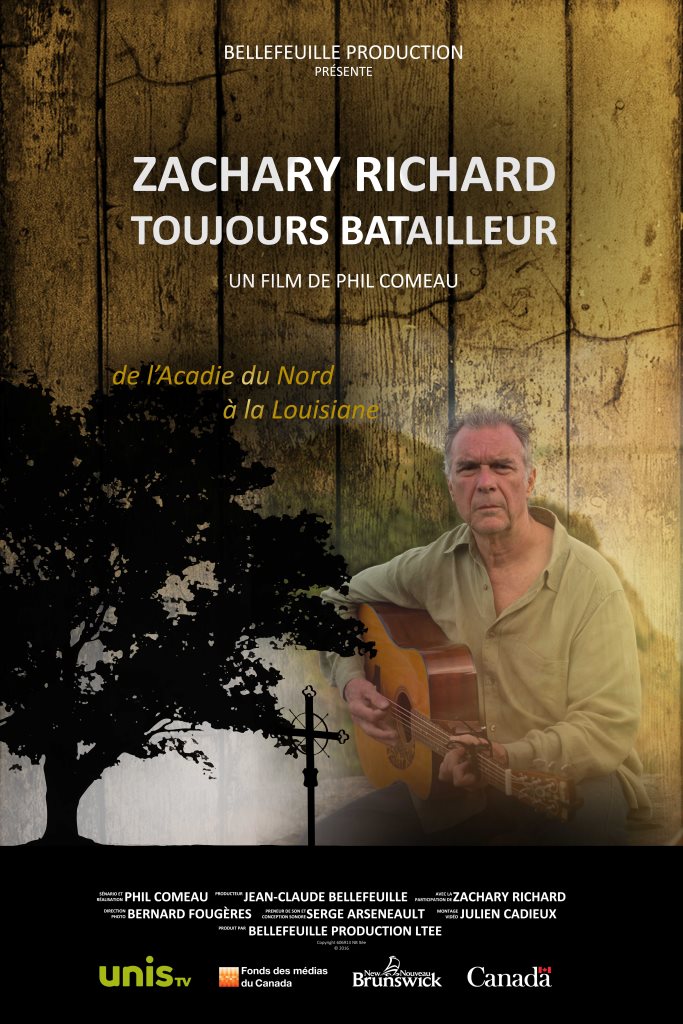 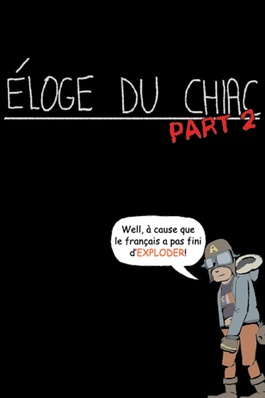 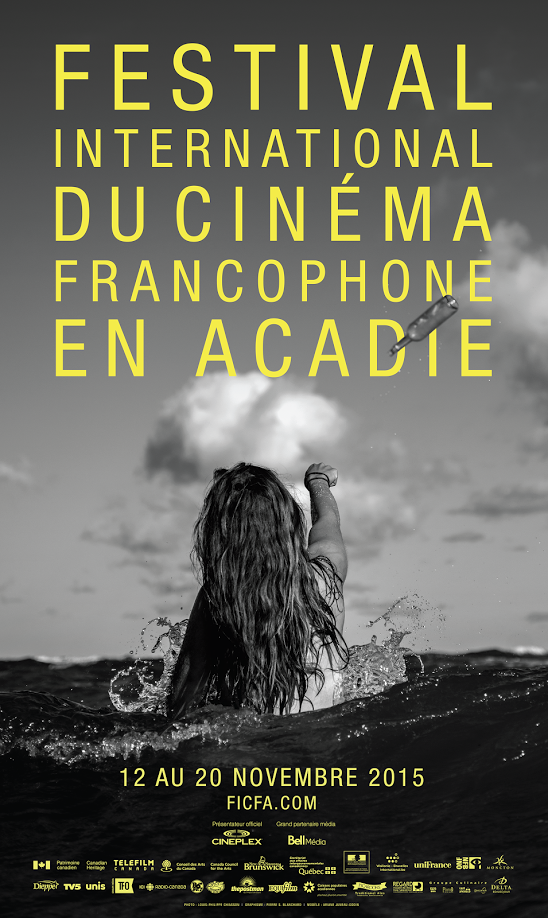 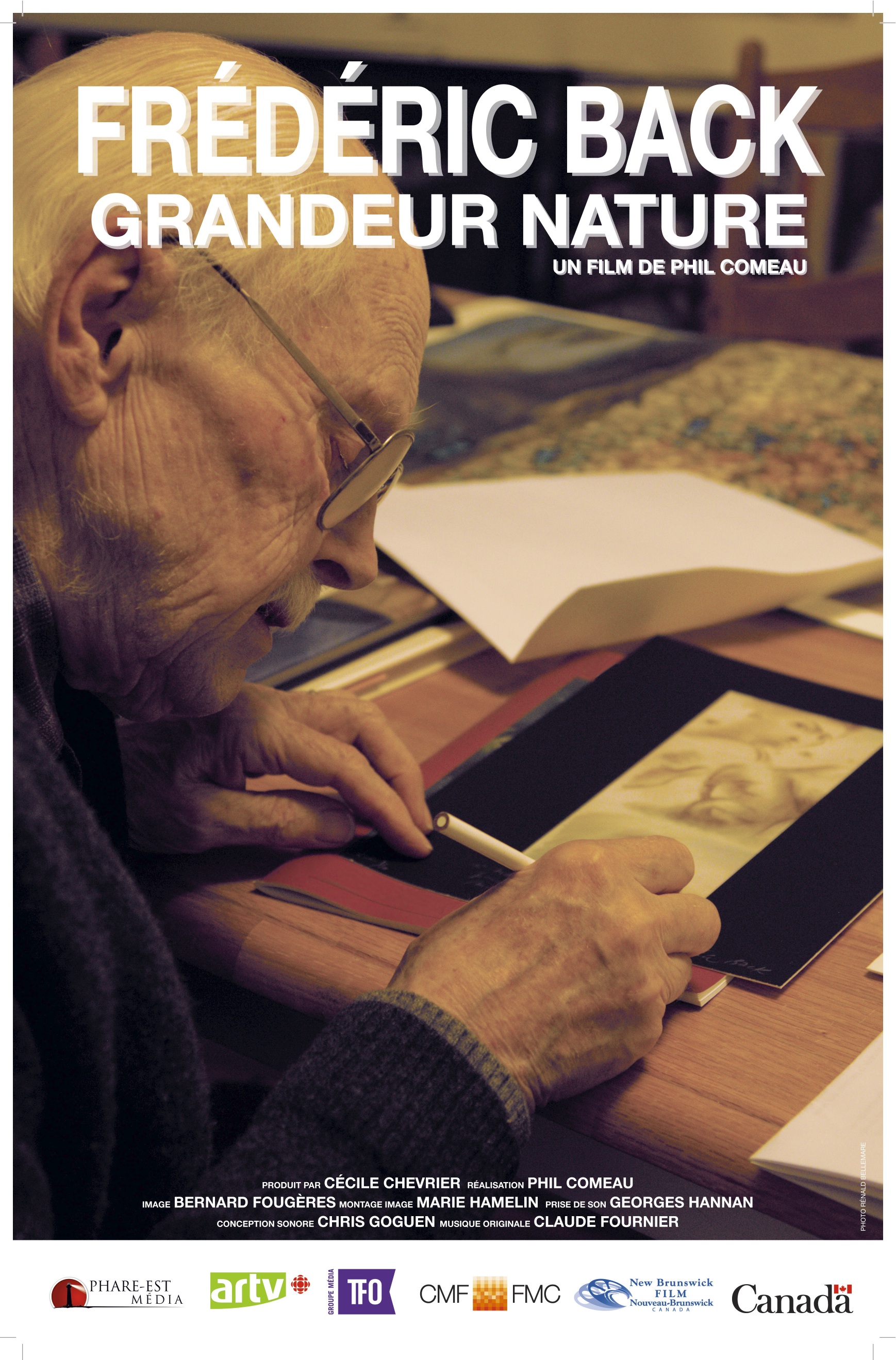 But films and shows for and about Canada’s French-speaking communities continued to represent only a small proportion of Canadian television programming. In 1988, to redress this imbalance, the Fédération culturelle canadienne-française founded the Regroupement des arts médiatiques (RAM – media arts coalition), which in 1999 became the Alliance des producteurs francophones du Canada (APFC – Canadian alliance of francophone producers). This organization was established to meet the need for concerted action Canada-wide. Its mission is to give a voice to Canada’s French-speaking communities and provide a mirror that represents them and in which they can recognize themselves.

In 1990, Acadian artists founded the Association acadienne des artistes professionnel.le.s du Nouveau-Brunswick (AAAPNB – Acadian association of professional artists of New Brunswick). This association’s mission is to represent all artistic disciplines in dealings with government bodies and to provide information, promotion and professional-development services. Acadian filmmakers, actors and film technicians all belong to the AAAPNB’s media-arts section. The AAAPNB continues to work to defend artists’ rights, to improve their social and economic conditions, and to secure a recognized status for artists in New Brunswick similar to that which their colleagues enjoy in Québec. 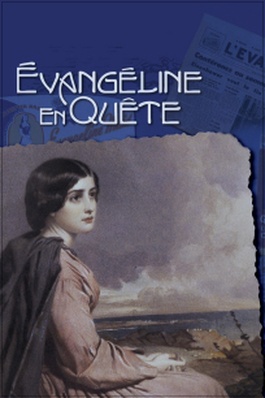 From 1991 to 1997, Pierre Bernier served as the fifth producer in charge of Studio Acadie. Relying on a stable of seasoned directors, he produced the documentaries Évangeline en quête and Mathilda, la passionaria acadienne by Ginette Pellerin, De retour pour de bon by Bettie Arseneault, Vocation ménagère by Renée Blanchar, Épopée by Herménégilde Chiasson, and Cigarette by Monique LeBlanc. In 1995, he produced the documentary Le lien acadien for the NFB’s Quebec and Atlantic Studio in Halifax. Also during Bernier’s tenure, Studio Acadie and Phare-Est Média co-produced the documentaries Acadie à​ venir and L’Acadie retrouvée, both by Herménégilde Chiasson. 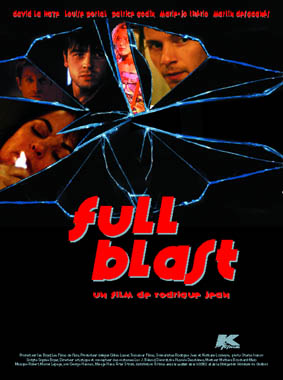 Also in 1995, responding to pressure from film producers and directors, the government of New Brunswick established Film NB, a film-development corporation similar to one that already existed in Nova Scotia. Film NB provides New Brunswick filmmakers with support for the production of documentary and fiction films. The year 1996 saw the founding of the New Brunswick Producers’ Association (now Media NB), with the mandate of representing all anglophone and francophone producers and workers in the province’s film and television industries.

The 2000s: Openness to the Canadian Francophonie 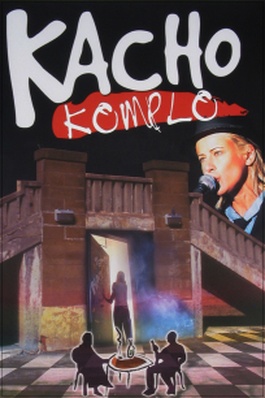 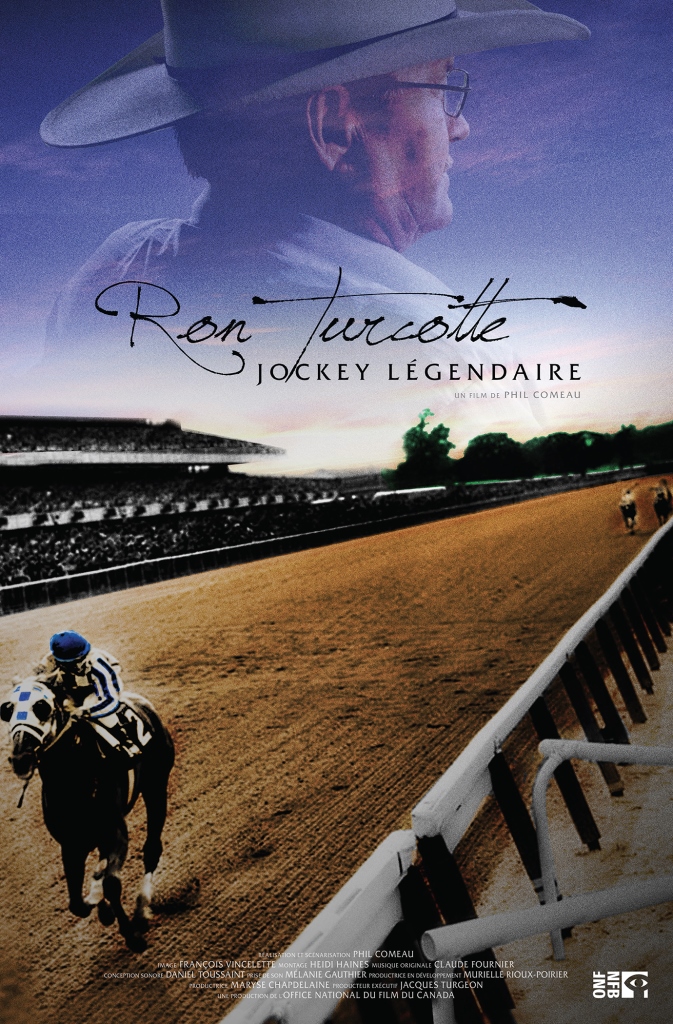 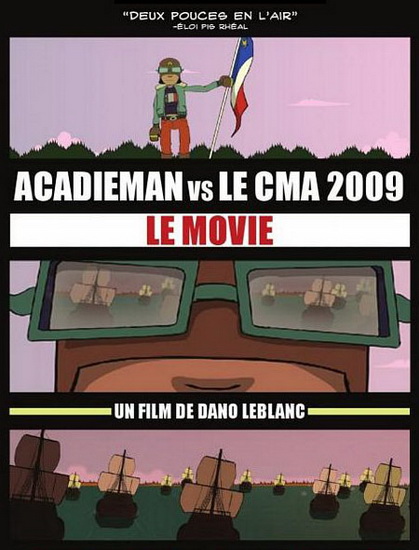 In 2011, Maryse Chapdelaine became the new producer in charge of the NFB’s Studio Acadie in Moncton. She reinstated the Tremplin competition to develop emerging talent, producing the first documentaries by Justin Guitard (Une affaire de famille), Mélanie Léger (Emma fait son cinéma) and Karine Godin (Ma radio, mon amie). Studio Acadie is now part of the NFB’s Canadian Francophonie Studio and it is known as the Canadian Francophonie Studio – Acadie. Its executive producer is Dominic Desjardins, a former director and producer of Zazie Films who directed an Acadian fiction feature film, Le divan du monde, in 2009. In 2015, he appointed Jac Gautreau producer in charge of the studio in Moncton.

Since its founding in 1974, the NFB’s Studio Acadie has accomplished the enormous task of creating an Acadian cinema virtually from scratch. Among the 40 or so filmmakers who learned their trade at this studio, many are still working today in private industry. Over 40 years since its inception, this studio continues to encourage emerging Acadian filmmakers.

For many years, CBC/Radio-Canada French Television was the main broadcaster of Acadian films, although a few Acadian productions were sometimes aired on other French-language networks (TV5, TVA, TFO, Canal D and TV5 Monde). In 2014, a new television network, UNIS-TV, came on the airwaves, with a mandate to produce and broadcast audiovisual works from French-speaking communities throughout Canada, including Acadia.

The Acadian private film and television industry in New Brunswick and Nova Scotia continuously strives to produce high-quality films and programs despite more and more limited budgets. Several Acadian independent production companies, such as Phare-Est Média, Connections Productions and Bellefeuille Production, have been in business for many years and are still active. Though documentary films have been Acadian cinema’s traditional strength, there now seems to be a growing place for fiction and animated films as well.

Acadian film directors have left their mark and made the francophone communities of Canada’s Maritime provinces better known by telling their stories and sharing their hopes and fears, their sense of belonging and their sense of being different. Together with Acadian film producers, these directors continue to offer Acadia and the entire world a genuinely Acadian cinema that is truly inspiring.