Air Profile Recorder (APR), a narrow-beam recording radar altimeter designed to provide topographic profiles for use in the mapping of wilderness areas. The instrument employs a 3.2 cm pulse transmitter that feeds a parabolic radiator, mounted below the aircraft. This antenna directs the radiation vertically downward, and the height of the aircraft is measured by the electronic timing of the pulse echo time. The height data is presented in the form of a continuous graph, and when the aircraft is held at a constant height above sea level, as indicated by a continuous barometric altimeter recording, the graphic record becomes a profile of the ground beneath the plane. A reference level is established by including one or more points of known elevation (lakes, wide rivers, etc) in the flight path.

The APR was a development of the electronic Terrain Clearance Indicator, a radar alarm system developed early in WWII to warn aircraft pilots when they had descended below some preselected height above ground. The use of such a device, after the addition of an appropriate measuring and recording capability, was suggested by John Carroll of the Department of Mines and Resources in May 1943. The development work was done at the National Research Council of Canada by Brian F. Cooper assisted by Sidney Jowett of the Department of Mines and Resources. Test trials were conducted in 1947, and the device went into commercial production shortly after. It has been used for medium scale mapping (ie, in the 1:200 000 to 1:600 000 range) in Canada and many other countries. 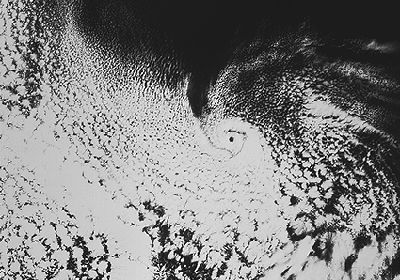