Robert Alan Eagleson, lawyer (b at St Catharines, Ont 24 Apr 1933). In 1966, as hockey's first player agent, he negotiated Bobby Orr's first contract with the Boston Bruins, a $70 000 deal that made the 18-year-old rookie the highest-paid player in professional hockey. Eagleson ultimately built a practice with 150 athlete clients. He was dedicated to the idea of North American professionals playing Europe's best hockey teams, and his work was important to the success of the 1972 Canada-Soviet Hockey Series. He was one of the most important figures in the organization of hockey matches between European teams and the NHL, organizing all of the Canada Cup tournaments, and he was the chief negotiator for Hockey Canada.

Despite his accomplishments, Eagleson remained a controversial figure. He was ousted as executive director of the NHL Players Association in 1990 and was the subject of FBI and RCMP investigations over his management of the Association's pension fund and other questions. In 1993 a grand jury in Boston held hearings into Eagleson's affairs and indicted him in 1994 on charges of racketeering, fraud and embezzlement. On 3 December 1996 the RCMP finally charged Eagleson with fraud and theft. He pled guilty to fraud in Boston on 6 June 1998 and in Toronto the next day, receiving a sentence of 18 months in prison. He resigned from the Hockey Hall of Fame amid angry threats from Bobby Orr, Brad Park, Gordie Howe and others that they would withdraw if Eagleson remained. 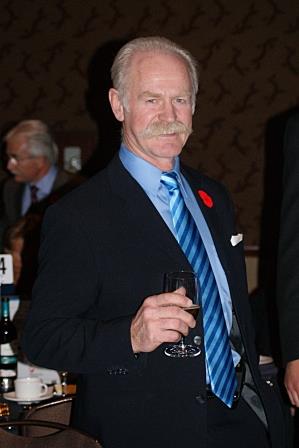