As a student at the collège de l'Assomption Albert Millaire, then 18, took an educational trip to Stratford (Ontario) to participate in a public speaking competition that would determine the course of his professional life. He abandoned the idea of joining the priesthood, and opted for the theatre, entering the Conservatoire d'art dramatique du Québec.

A very prolific career ensued in Europe, Canada and the United States for this high caliber actor and director who is equally at home on sets and stages in English and French.

His career began with roles from both classical European (Brecht, Molière, Claudel), and contemporary repertoire (Jacques Ferron, and Gratien Gélinas). He also performed in television series that were unrivalled in popularity at the time, particularly the widely enjoyed Chenal du Moine (1957-58), Le Courrier du Roy (1959-61), and the very well known Le Grand Duc (1959-1963), favoured by youth.

Albert Millaire then left Québec for Europe with his wife and two daughters. He undertook two years' study in Berlin, Paris and London that enabled him to finalise his technique, and perform in classics with the great masters. His presence, elegance, and excellent diction, delivered in a beautiful deep voice in French and English, gave Albert Millaire well-earned fame for his return to Québec. Since that time, his artistic path would lead him to perform the greatest roles in theatre, film, and television with brilliance and exceptional mastery.

In 1970, Albert Millaire headed for the Stratford Shakespeare Festival, where he would direct several plays and perform in various roles for five consecutive years.

He was recruited into film where he portrayed some very diverse roles, interpreting various characters with all his usual depth. Films that particularly come to mind include J'en suis (1977, Claude Fournier), Éric Tessier's Sur le seuil (2003), and Luc Dionne's Aurore (2005). He would also appear in several mini-series: Laurier, d'Iberville, Street Legal , Napoléon and Road to Avonlea.

After conquering cancer, and to celebrate his fiftieth anniversary as an artist, Albert Millaire again mounted the stage in 2005 on a Canadian tour with Jeff Baron's Visites à monsieur Green, in a translation by Michel Tremblay. This role as a somewhat grumpy and gloomy but very endearing octogenarian, would constitute a most appreciated and notable return for one of our truly major theatre personalities.

Albert Millaire was named an Officer of the Order of Canada in 1989, and decorated with the Ordre national du Québec in 2001. 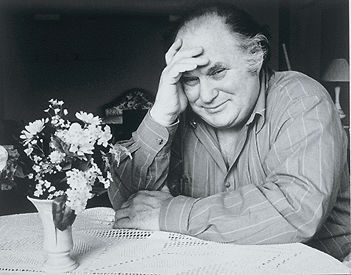