Alex Harvey, (born at Saint-Ferréol-les-Neiges, QC, 7 Sep 1988). Athlete Alex Harvey participated in the winter Olympic Games and made his mark on the World Cup circuit in cross-country skiing.

Like his father Pierre Harvey, who was internationally renowned in cycling and cross country skiing, young Alex practised those same sports from an early age. During his youth he spent winters on the slopes of Mont Sainte-Anne downhill and cross country skiing, and summers hurtling down the trails on a mountain bike. His father was often close by and the two engaged in friendly competition. However, as more time passed, the more the son measured up to his father.

In 2001, at the age of twelve, Alex took "Jack Rabbit" ski lessons named for the celebrated cross country skier Herman Smith Johannsen, and this early training proved a deciding factor in an international career. That same year (2001) at the Québec Games in Rimouski, reporters noticed that one of the athletes was the son of Pierre Harvey and were intrigued by the young skier. Alex became the centre of media attention and had his first experience with journalists.

The next year, through a loss of balance a few metres from the finish line, he missed winning the bronze medal by a tenth by a of a second in the under-23 (U-23) in a 30 km pursuit at Praz de Lys, France. But this was not significant, for on 18 Jan, 2009, along with veteran George Grey, he succeeded in winning his first trip to the podium in a senior event, finishing third in the team sprint at the World Cup on the future Olympic trail in Vancouver. This skillful performance well demonstrated the young Québec cross country skier's talent and determination.

Several weeks later, on 14 Mar 2009, he won his first individual medal finishing third in the 50 km classic in Trondheim, Norway. This amazing performance took place 21 years after his father won the gold in Norway in the 50 km at Holmenkollen. At this time, Pierre Harvey was at the end of his career, but Alex made his first solo appearance on the podium when he was only 20. Thus the athlete from Saint-Ferréol-les-Neiges found himself on the threshold of an exceptionally promising career for a Canadian cross country skier.

Young Alex realized his youthful dream early in 2010 wearing the Canadian team colours at the Vancouver Olympics. He completed his Olympic Odyssey with a ninth place in pursuit and fourth in team sprint with his teammate Devon Kershaw.

In 2012, rather than resting on his laurels, Alex Harvey has continued his astonishing progress with a six in the overall standings in the World Cup. In the World Cup Finals in Falun, Sweden he finished second in pursuit and won his first World Cup with a victory in the prologue free style 3.3km event. Once again, the sporting destinies of father and son were linked, for 25 years earlier Pierre Harvey had won his first World Cup at this location.

A multiple time Canadian Champion, Alex Harvey has been a member of the national cross country ski team beginning in 2009. In 2012, at the age of 23, this young athlete has already ranked as Canada's top cross-country skier. 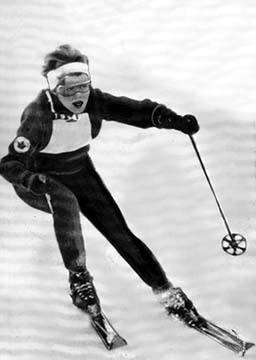 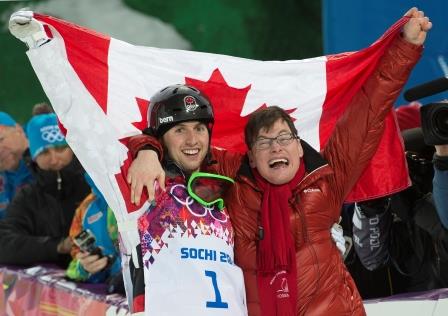 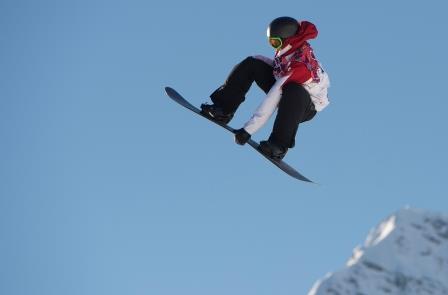