The term alternative media is often followed by the question, “Alternative to what?” making it vague and notoriously difficult to define. Should it be confined only to radical or underground media, such as those that challenge the status quo, or should all media apart from large-circulation daily newspapers and major television networks be included? Should it include media that operate in languages other than English or French? Should it encompass media directed toward specific ethnic and cultural groups? Should only nonprofit media be considered? There are no easy answers to these questions. To define the term too broadly means including the growing number of industry, trade and specialty media that focus on everything from the professional concerns of accountants to radio stations that play nothing but Elvis records. To define it too narrowly risks excluding media products that address the concerns of many ordinary people — concerns that are often not reflected in the media most readily at hand.

Media scholars illustrate that there are often gaps and omissions in the news and information products offered by large, profit-driven corporations. For instance, NewsWatch Canada has documented gaps in media coverage around issues concerning labour, social inequality, corporate power, ongoing environmental problems and human rights abuses by countries friendly to Canada. Other studies have found problems in the ways the media cover stories dealing with poverty, race and ethnicity.

The reasons for these problems are complex. In part, they can be traced to the fact that the content of corporate media is shaped by the drive to sell audiences to advertisers. Consequently, news and opinions that are not of direct import to the target audience or information and ideas that might prove too controversial or offensive to potential audience members are left out. Gaps in news may also be the product of editorial policies — policies that mirror the political views of the owners and managers of media organizations (see Politics and the Media). Such problems can also be traced to news values and practices of journalism. Journalists are generally trained to seek the opinions and perspectives of official sources — that is, politicians, businesspeople and community leaders — when developing news stories. Consequently, the significance of events is often judged and framed by “those in charge,” and news stories tend to reinforce dominant ideas and existing relations of social power.

Alternative media generally operate under a mandate other than the profit motive. They are focused on providing a range of ideas and opinions that are not necessarily available in the corporate press, or on serving the needs of a particular group or community that is poorly represented in major commercial media outlets. To help avoid influence from commercial concerns, they are generally independently owned and often operate on a cooperative or nonprofit basis. And, in an attempt to better reflect the needs and interests of their readers and audiences, they seek participation and contributions from members of the communities they serve rather than rely solely on professional journalists. Alternative media therefore offer a different focus or perspective on events than their corporate cousins.

Media that challenge the status quo and provide alternative perspectives have a long history in Canada. In the early 19th century, Joseph Howe and William Lyon Mackenzie used their newspapers to oppose the establishment and encourage political reform (see Newspapers in Canada: 1800s to 1900s). Toward the end of that century, poor working and social conditions spawned the labour press, which challenged the dominant partisan political press of the time, criticizing social inequalities and advocating progressive change.

Small book publishers appeared in Canada in the late 1930s and early 1940s as the Great Depression caused cutbacks at the major publishing houses (see Small Presses). Trade publishers are large operations, comprising many departments and geared to market books that will be profitable. Although small presses do not disdain profits, they are often started by writers and staffed by themselves and several friends. Small presses in Canada include, among others, Coach House (established 1965 in Toronto) and Arsenal Pulp Press (1971 in Vancouver).

Similarly, in the 1960s an explosion of radical newspapers in cities across the country fuelled calls for social reform. These papers include the Georgia Straight, first published 5 May 1967 in Vancouver. The Georgia Straight eventually became a free alt-weekly newspaper that later publications in other cities emulated, including NOW (established 1981 in Toronto) and The Coast (established 1993 in Halifax).

In 1966, student activists founded This Magazine in Toronto. It has been a platform for influential progressive voices in Canada ever since.Adbusters, a non-profit alternative magazine, was founded in Vancouver in 1989. Its message is largely anti-corporate and often derisively humorous. The editors of Adbusters were most notably the activists who called for the Occupy Wall Street protest of 2011.

Political satire is often the subject of alternative media. Notable satirical publications include Frank (established 1987) and The Beaverton (2010), which spun off into a news spoof show on Comedy Network in 2016.

In the early 1970s, Canada was at the forefront of establishing community access cable channels, on which local people could produce and air their own television programs. Throughout the 1970s and 1980s, the federal government established several programs to aid in the development of Indigenous newspapers and broadcasting (see Communications of Indigenous People). Québec has a particularly rich history of community radio broadcasting.

Today there are many independent and community media organizations operating in cities across the country that provide alternatives to corporate media fare. Over the last few decades there has been an explosion of newspapers and magazines directed toward specific ethnic, linguistic or cultural groups. A smaller number of publications are more explicitly political in focus and strive to provide social and political perspectives that are often left off the corporate-driven news and information agenda.

In the broadcast realm, the Canadian Radio-television and Telecommunications Commission (CRTC) maintains a range of policies in the areas of ethnic, community and Indigenous broadcasting that provide the framework for many small radio and television operations. The Aboriginal Peoples Television Network, established in 1999, has been particularly successful in developing alternative television fare specifically for Indigenous audiences (see Aboriginal TV Launched).

Online organizations such as rabble.ca, The Tyee and The Rebel have created new platforms for delivering news and opinion. These platforms offer a mixture of written, video and podcast content.

Podcasting, which grew in popularity in the 2010s, simplifies the creation of special-interest programs. Podcasts and podcast networks are the digital equivalent of pirate or guerrilla radio stations because they do not require a licence to operate and bypass traditional mass media networks. Examples include Indian & Cowboy, a podcast network of Indigenous programming, and Canadaland, which is both a show and podcast network that focuses on media criticism.

For the most part, alternative media outlets are economically unstable. Due to their small size and reach, they have few economies of scale. With traditional forms of media (e.g., print and television), the size and demographics of alternative audiences are often unknown, making advertising and subscription sales difficult. Economic uncertainty also creates irregular publication dates and poor distribution, compounding these problems. Moreover, there is little in the way of government infrastructure to support traditional alternative media. Regulations requiring cable operators to provide and help fund a community cable channel have been weakened, and alternative broadcasters sometimes charge that policy makers try to force them to simply fill gaps in the programming offered by commercial broadcasters rather than allow them to develop formats of their own.

Online publishing of videos, articles or podcasts allows independent and alternative media companies to obtain detailed demographic information about their audiences. Furthermore, online crowdfunding platforms such as Kickstarter, Indiegogo or Patreon allow alternative media to generate revenue through one-time donations, usually to fund a new project or initiative, or through frequent, small donations that amount to subscription fees. These platforms and fundraising methods are used by both nonprofit and for-profit media companies. Alternatively, online media can establish “paywalls,” which require readers to pay a subscription or one-time fee to access the publication, podcast or videocast.

Alternative media provide perspectives that are often left out of dominant mainstream media. With rising concentration of ownership in the corporate media, the need for developing new media outlets is apparent (see Media Ownership). While the Internet holds some promise for providing these alternatives, it is only a partial answer. 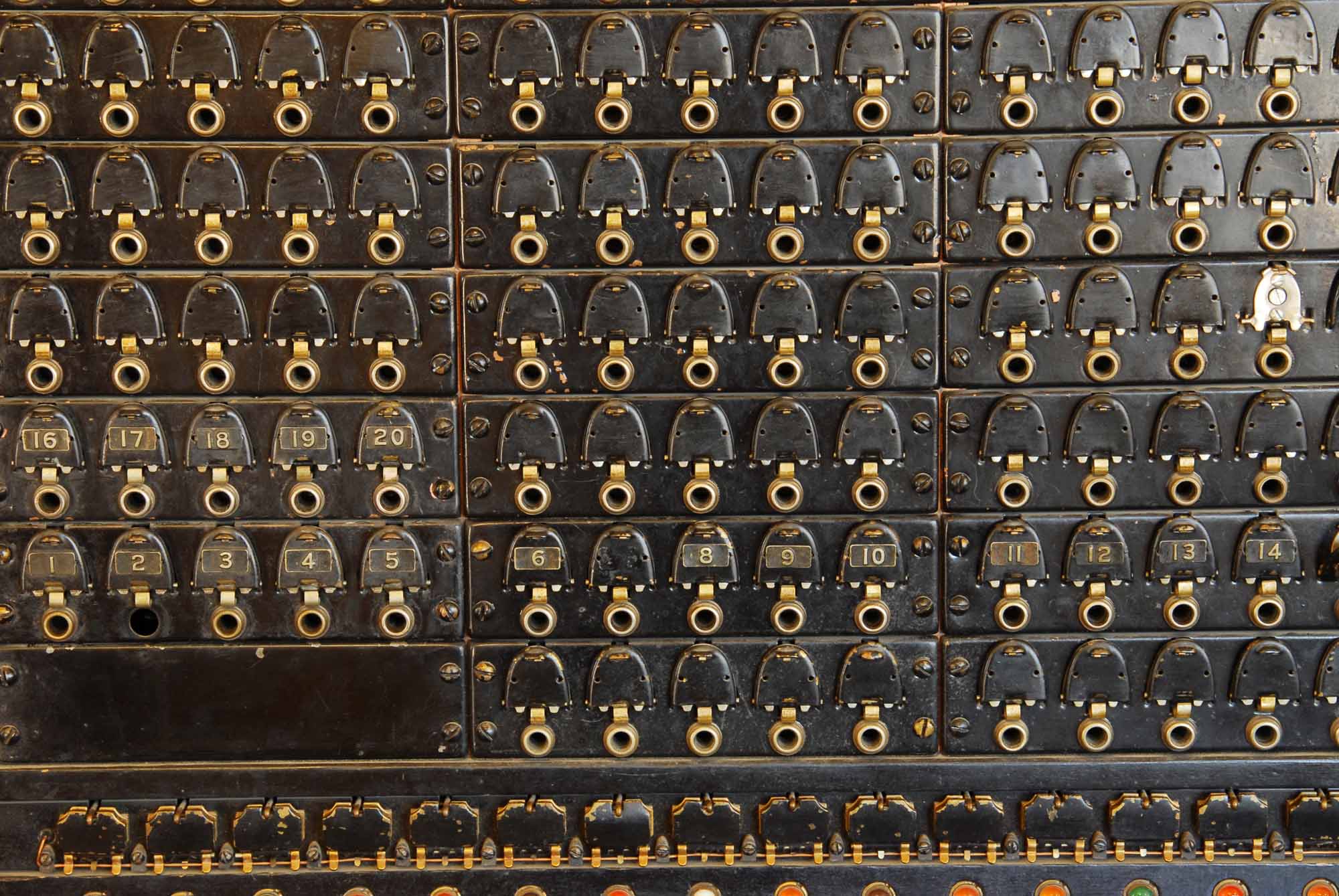 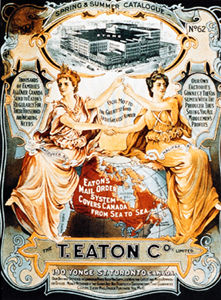