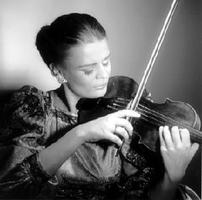 Angèle Dubeau, violinist (b at St-Norbert, near Joliette, Qué 24 Mar 1962). She received her early training at the Conservatoire de musique du Québec in Montréal, and became at 15 the youngest instrumentalist in the entire conservatory system to obtain a Premier Prix. Dubeau subsequently studied at the Juilliard School in New York City, and finally in Bucharest with Stefan Gheorghiu from 1981 to 1984. She also studied privately with Henryk Szeryng.

Awards and distinctions have included first prizes in the Canadian Music Competition, the CBC National Competition, the MSO competition, and the Tibor-Varga International Competition in Switzerland. For her recordings, which number over a dozen, she has been awarded several ADISQ Felix prizes. She is the first Canadian classical music soloist to achieve, with La ronde des berceuses (1995), a gold record (with sales of over 50 000 copies in one year). In 1987 Dubeau was named Soloist of the Year by the Communauté des radios publiques de langue française. In 1996 she was awarded the Prix de musique Calixa-Lavallée and was made a Member of the Order of Canada.

Dubeau currently performs extensively and internationally. She has toured over 25 countries, including China and Thailand (during Governor General Jeanne Sauvé's official visit there in 1987) and other countries in East Asia, Eastern and Western Europe, and South America. She is praised by critics for her strong stage presence, fiery interpretations, and the precision of her intonation. In 1997 she founded the string orchestra La Pietà, which she conducts in performance and on record. Dubeau has produced 22 recordings, 6 of which have been with Pietà. Their most recent release is the album Violins of the World (2002) on the Analekta label.

From 1994 to 1997 Dubeau developed and hosted the French CBC television network show Faites vos gammes, a weekly program that was about young performers. Since 1995 she has also organized a music festival at Mt. Tremblant called Music in the Mountain, an event that reaches approximately 75 000 music lovers every year. In 2001, she became the host of the French CBC television show Angèle Dubeau ... La Fête de la Musique.

Dubeau performs on a 1733 Stradivarius that had previously been played by Arthur Leblanc. 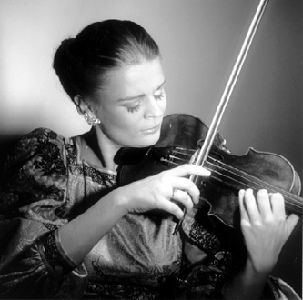