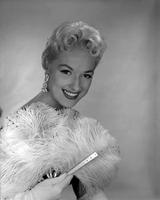 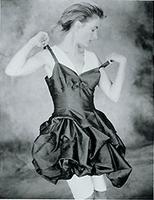 Bryan Adams is the best-known rock musician of his time (photo by Ken Regan/Camera 5). 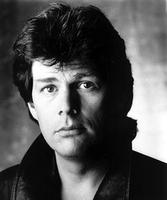 Foster's multifaceted career has made him one of the most influential international figures in popular music (courtesy Shankman-De Blasio, Inc/David Foster). 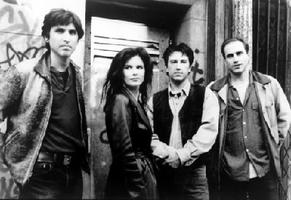 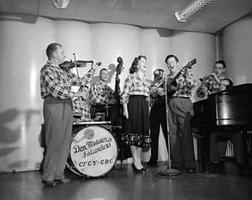 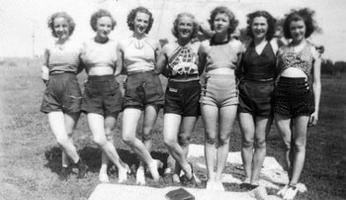 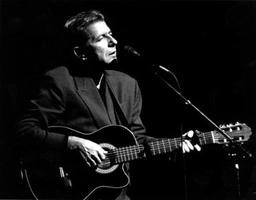 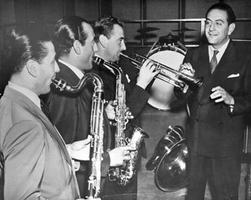 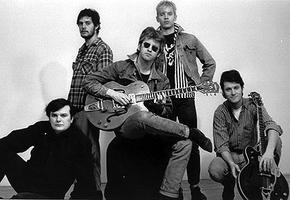 k.d. lang's powerful, expressive voice has made her an international star (photo by Rosamond Norbury).
PreviousNext

The term "pop music" had widely contrasting definitions over various decades. Genres such as the blues, country music, R&B, rock 'n' roll, rock, and rap all had commercial successes. However, the more general concept of "pop music" traces its origins to that period in the mid-19th century when sheet music publishers, home instrument manufacturers, and purveyors of live entertainment began to reach a broader and more consolidated public than had generally been possible with folk or classical idioms. For example, minstrel troupes performed relatively standardized shows of music, dance, and comedy in hundreds of locations, including cities and towns in Canada.

Music and multi-purpose venues such as Toronto's St Lawrence Hall (1850) and Shaftesbury Hall (1872), London's Music Hall (1866), and Montreal's St Patrick's Hall (1867) housed minstrel shows and/or musical theatre. Ottawa and Winnipeg also had minstrel shows by the 1870s, and in later decades (1880s-1930s) so did southern Alberta, Saskatoon, Regina, Windsor, Sherbrooke, and Cape Breton (such as the Maritime Merrimakers). Séraphin Vachon in the late 1860s led a minstrel troupe in Montreal that performed in Canada and the US. Tommy O'Connor (b Kingston, father of Billy O'Connor) performed in the late 1880s with the US-based Lew Dockstader's Minstrels. The Columbia (later Georgia) Minstrels formed in 1894 in Medicine Hat and in 1904 opened the Quebec-Vermont cross-border Haskell Opera House (Opéra Haskell). Stratford's Theatre Albert staged musicals by the GTR Minstrels until the 1920s. Dockstader's Minstrels were, for a time, co-led by George Primrose (b London, Ont), and they performed 1912-14 as Primrose and Dockstader's Minstrels with the multi-instrumentalist, saxophone-oriented Six Brown Brothers. Conductor Jack Arthur also worked in minstrelsy, serving in the first decade of the 20th century as music director for Primrose. In addition, the college songbook tradition of the late 19th and early 20th centuries (in Canada and the US) included numerous minstrel songs performed by glee clubs and similar musicians' organizations.

In the later decades of the 19th century and the beginning of the 20th, vaudeville variety shows (including comparatively risqué burlesque shows) began to replace the more standardized minstrel shows. In the same period, a sheet music industry emerged comprising latter-day minstrel songs, parlour songs, immigrant songs, arrangements of brass band repertoire, piano music (including ragtime), "ragtime" songs, and similar fare. This music industry, Tin Pan Alley (named after the cacophony of competing songwriters in a specific Manhattan neighbourhood), became the predominant force of North American popular music until the 1950s. A related context from the 1850s to the 1940s for popular music and professional songwriters in the UK was the "entertainment bar" music hall tradition. Early Canadian songs in Tin Pan Alley or music hall style, which often featured regularized forms (such as AABA) and clichéd rhyming schemes (such as "park"/"dark"), included Claud L. Graves' humorous topical song "Oh, What a Difference Since the Hydro Came" (London, Ont, 1913). Many other Canadian songwriters also worked in this style, eg, William Eckstein with his Gershwin-like "S'Nice" (1923).

Recordings grew in popularity in the first three decades of the 20th century, especially with the widespread acceptance (until mid-century) of 78 RPM discs containing one or two songs. The gradual increase in recorded availability of popular music forms such as Tin Pan Alley, the blues, and country music caused recording sales to supersede sheet music sales by the mid-1920s. World War I sparked a wave of popular Tin Pan Alley-type songs and recordings. These included "K-K-K-Katy (the Stammering Song)," written in Kingston in 1918 by Geoffrey O'Hara and memorably recorded in that year by US pop tenor Billy Murray. The most prolific recording artist of the early 20th century was Henry Burr, who recorded in Canada and the US with numerous ensembles, for a number of record labels, and under a variety of pseudonyms. In the same period, lyricist and arranger Alfred Bryan also moved to the US and worked successfully as a popular music songwriter, penning the lyrics of "Peg O' My Heart" (recorded by Burr and numerous others) and the controversial World War I song "I Didn't Raise My Boy to Be a Soldier" (recorded in 1915). In the 1920s-30s, many UK performers were also popular in Canada, such as Noel Coward and George Formby.

Broadcast and Other Technology, 1920s-80s

In the "radio era" of the 1930s-50s, bandleader Guy Lombardo and His Royal Canadians (including his songwriter-singer brother Carmen Lombardo) were North America's top "light music" dance band. Their string of hits began with the early microphone-, early radio-era pop song "Charmaine" (1927) and included Bryan's "Peg O' My Heart." A male pop singer of the 1930s-40s who performed in a microphone "crooning" style similar to that of US star Bing Crosby was the "Canadian Crosby," Dick Todd. In this era, various dance bands found success mainly in Canada, such as Mart Kenney and His Western Gentlemen (Canada's most successful dance band), the Paul Perry Orchestra, Gordon Day and the Rhythm Knights, the Cavaliers, the Melody Kings, the Johnny Holmes Orchestra, and the New Princes' Toronto Band (which performed and recorded in the UK). An internationally successful Canadian-born bandleader of the 1940s-50s was Percy Faith, with whom Gisèle MacKenzie sang in the 1950s. A similar Canadian-born female singer was Dorothy Collins. Jazz pianist Oscar Peterson was also quite successful internationally, especially in the 1950s-60s but also in later decades. The mid-20th century also included a pair of internationally successful Nova Scotian country music stars: Wilf Carter (also known as Montana Slim) in the 1930s-40s, and Hank Snow in the 1950s-60s. In addition, for the peak of their career in the 1930s-40s, the Sons of the Pioneers (based in the US) were fronted by singer-songwriter Bob Nolan. Country fiddler Don Messer was also successful in Canada.

In the 1950s, a trio of Toronto-formed vocal quartets emerged as international stars. The Four Lads perfected their well-tuned style by singing in the St. Michael's Cathedral Choir School, as well as by singing gospel music. Their former schoolmates, the Crew-Cuts, often modified African-American R&B chart hits to create major pop hits, such as "Sh-Boom" (1954, originally by the Chords), for white audiences. The Diamonds precipitated a major dance craze based on their recording "The Stroll" (1958). In the late 1950s, Paul Anka had a series of international "teen idol" pop hits, such as 1957's "Diana." Similar singers into the early 1960s in Canada were Bobby Curtola and Juliette. In the 1960s, Anka made the transition to composing in a more adult style, such as writing The Tonight Show theme, and "My Way," which was famously recorded by Frank Sinatra, Elvis Presley, Sid Vicious, and many others. In the same period, singer Robert Goulet had a successful international recording and stage career.

The 1950s saw successful "new folk" recordings by the Travellers, including their 1955 Canadian modification of Woody Guthrie's (US) 1940 song "This Land is Your Land." In the 1960s, many Canadian musicians participated in the popular folk revival. In particular, the various music venues of Toronto's Yorkville/Yonge area (especially the Riverboat club), as well as Orillia's Mariposa Festival, contributed to the early development of numerous musicians. These included Bonnie Dobson, fiddler Jean Carignan, Tom Northcott, Three's a Crowd, the Dirty Shames, the Stitch in Time, and Ian & Sylvia (Ian Tyson and Sylvia Fricker), whose 1963 recording of Tyson's "Four Strong Winds" became a cross-border hit. 1964's "The Universal Soldier," by Buffy Sainte-Marie, was one of the first songs to contribute to the 1960s' anti-war movement. By the late 1960s, Gordon Lightfoot, Joni Mitchell, Leonard Cohen, and Neil Young also became known for their thoughtful lyrics and unique performance styles. Young, in particular, emerged as a successful and influential figure, exploring highly contrasting folk, country, and hard rock idioms over the next several decades. (See also "Rock 'n' Roll and Rock Music - Anglo-Canadian.") With the parallel emergence in the 1970s of a more substantial Canadian recording industry and Canadian content broadcast regulations, Canadian popular musicians increasingly found it possible to find substantial audiences internationally and/or within Canada.