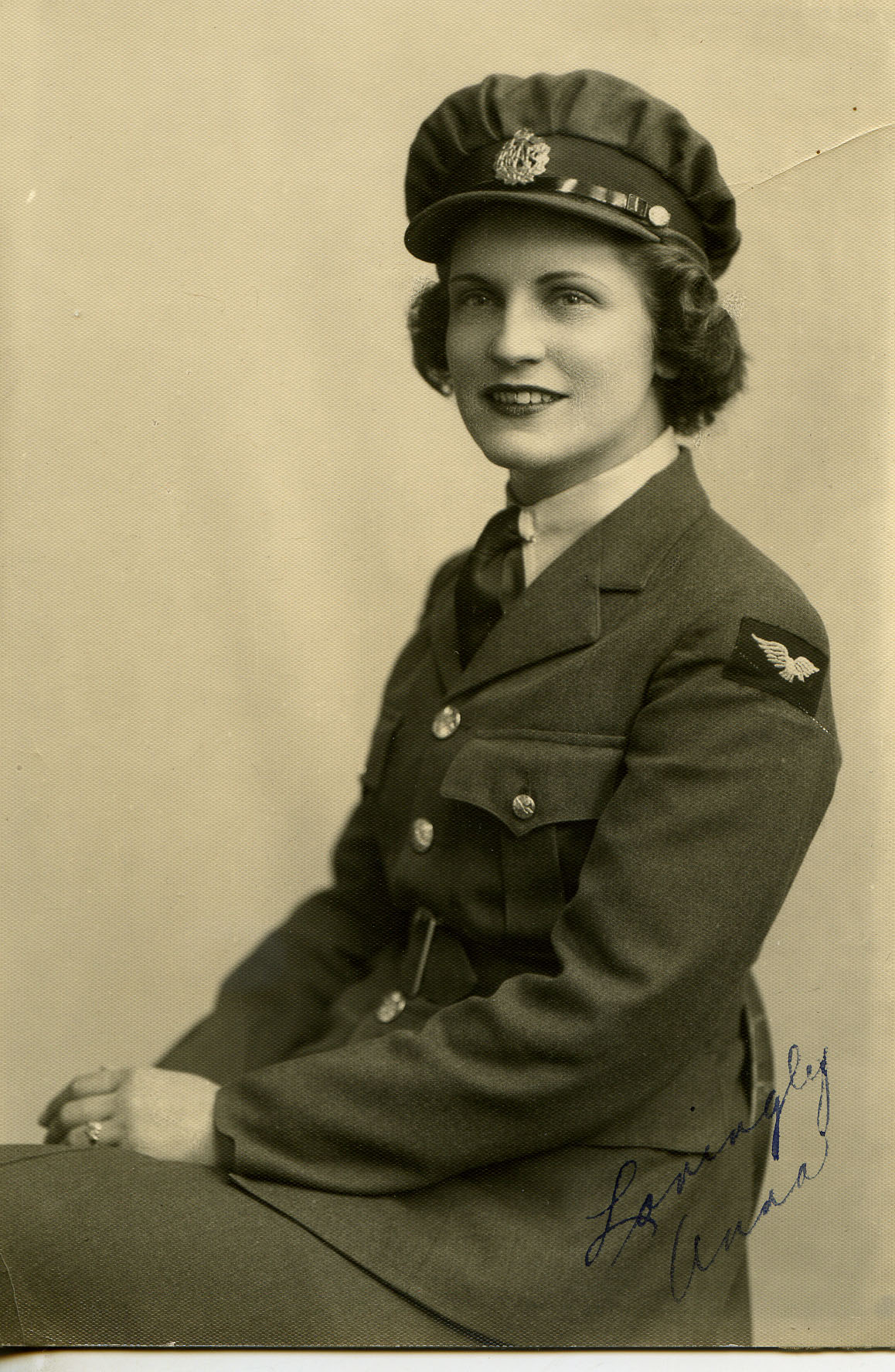 "The only time I was nervous inspecting a parachute was where they brought it in after a crash and it had burned. And we had to go through it."

We were the CWAF [Canadian Women’s Air Force] when we enlisted [in January 1942] and there was so much fun made of that, they called us the kwaff girls, CWAF. And eventually it was changed to RCAF, WD [Royal Canadian Air Force, Women’s Division].

We were always conscious of doing the wrong thing but we had  good training and the only time I was nervous inspecting a parachute was where they brought it in after a crash and it had burned. And we had to go through it. We, when I say we, I had to, I was the only one that worked on it, to make sure there were no body parts in it. And the smell of that burnt silk was very, very strong, it was nauseating. And it was kind of a daunting job. But we had to do it, that was part of the ritual, before they could throw it out.

My first job as a fabric worker was to make drapes for the stage which the Kiwanis people of the townspeople [of Dauphin] wanted to put up for us and they did build a stage so that we’d have some entertainment and anybody with talent could put on a show. And they needed drapes.

Some months later, I was asked to repair a wingtip and our training planes [North American Harvards] were covered in canvas, actually cotton, not canvas, factory cotton. And they were covered with seven coats of dope, which is a heavy enamel. And when the students were learning to take off and land, that’s when some of those accidents happened and the wingtips touched the ground too soon and they’d rip. Well, most of the big rips were sent to Winnipeg, to McDonald’s Aircraft [McDonald Brothers Aircraft, Stevenson Field, Winnipeg] where they did those jobs. But they also did work for other stations and they were so inundated with aircraft, they had to ask us to do them. So I repaired a wingtip. Another job was a repair of the tail and my biggest job was, when I graduated, when one of the students graduated and soloed, his main objective was to see how low he could fly when he was on his own. And he scraped the trees. And he ripped open the fuselage from the cockpit right to the tail. And it sat there for weeks and finally they said McDonald didn’t have room to take that, to repair it’ could somebody do it there? So they got me, that was my job. They took me two or three days and I was lying on my back on a dolly under the aircraft, sewing uphill with a curved needle. So that was my big job. But after each job, sewing job on an aircraft, I had to go up, a pilot had to take me up as a precaution that I did not sabotage the plane, I had to go up after it was repaired to make sure the job was genuine.

Well, my very first trip; I went up four different times. My first trip was a familiarization flight. And anyone that had worked on an aircraft had to have that. So there were three of us in our section and I was the last one to go up because I didn’t want to go up, I was scared of planes. So finally, this gorgeous man came to our section. He says, “I’m going up in 15 minutes and I hear there’s one airwoman who hasn’t been up yet and she’d better be ready in 15 minutes.” So I had to go.

That was the day that he asked me if I played table tennis. So I said, oh yes, I can play table tennis. I’d never had a bat in my hand ever. I can play all sorts of sports but I did not know how to play. And he let me win all that night, he asked me to come … We could see each other in civilian clothes. I could not be an NCO [Non-Commissioned Officer] and be with an officer: This was against the rules. So when he took me into town, I had to be in civilian clothes.

But the following year, I married him, so that was a romance on that station. He was a wonderful man.