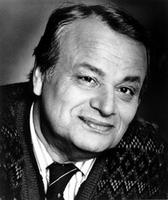 Antonín Kubálek, pianist, teacher (b at Libkovice, Czechoslovakia 8 Nov 1935, naturalized Canadian 1974; d at Prague, 19 Jan 2011). Kubálek studied piano with Otakar Heindl, then with Oldrich Kredba at the Prague Conservatory (1952-57) and Zdenek Jílek and Frantisek Maxián at the Academy of Music (1957-59). He taught at the Prague Conservatory (1961-68), gave public performances, and recorded for the Czech Supraphon label.

He moved to Canada in 1968, gave his first Canadian recital the following year at Walter Hall, University of Toronto, and made the first of several appearances as soloist with the Toronto Symphony Orchestra. He subsequently gave frequent recitals throughout North America and overseas, and appeared on CBC Radio broadcasts as commentator, soloist and accompanist to both instrumentalists and singers (Victor Braun, Lois Marshall and Roxolana Roslak were favourite partners). In 1974-75 he presented the complete piano sonatas of Mozart at a series in Toronto, revisiting the cycle in the same city's St Lawrence Centre in 1986.

His repertoire was wide-ranging, covering the standard Germanic classics as well as Romantic and early 20th-century Czech music and works by contemporary Canadian composers. Over the years, he premiered more than 25 works by Canadians, including Walter Buczynski, Chan Ka Nin, Rudolph Komorous, Milan Kymlicka and Marjan Mozetich, and has committed several to disc.

Kubálek was one of Canada's most recorded pianists. By mid-1996 he had been featured on a dozen CDs for the US Dorian label, in standard repertoire by Brahms, Schubert, Schumann and Tchaikovsky, as well as lesser-known works by his compatriots Dvorák, Janácek, Smetana and Suk. He wrote program notes and served as producer for recordings by other Dorian artists. Other discs appeared from Arabesque, CBC Records, Citadel, Golden Crest, Genesis, Centrediscs and Melbourne. His 1973 recordings of Korngold's Sonata, Op. 2 (Genesis; reissued on a Citadel CD), was produced by Glenn Gould.

Kubálek resided until his death in Toronto and was on the faculty of the Royal Conservatory of Music and the Faculty of Music, University of Toronto. He often directed master classes, seminars and coaching sessions at colleges and universities throughout North America and his expertise was in demand on both national and international competition juries. He returned to Europe to tour and performed often in The Czech Republic, including at the Prague Spring Festival and the Prague Music Festival.