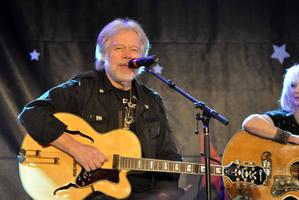 Though based in Vancouver after 1972, Bachman-Turner Overdrive built its career mainly in the US, appearing as an opening act and then, by late 1974, as a concert headliner on the strength of a high-powered stage show and the hit singles 'Blue Collar,' 'Let It Ride,' and 'Takin' Care of Business'. The single 'You Ain't Seen Nothin' Yet' sold more than a million copies in 1974 and was followed by the popular 'Roll On Down the Highway,' 'Hey You,' 'Take It Like a Man,' Lookin' Out for Number One,' and 'Down the Line'. Describing the group's music, Larry LeBlanc wrote: 'They've merged a hard-edged Memphis country/rock instrumental sound with the sweaty 1956-7 rock and roll and the hardness of the earliest days of British Mod. Overall, it's an unabashedly commercial hard-rock framework' (The Music Scene, Nov-Dec 1974).

In 1974 Tim Bachman left BTO, and in 1977 Randy Bachman left the band to resume the solo career he had begun in 1970. Turner and Thornton became co-lead guitarist in Bachman-Turner Overdrive, and the bassist and singer Jim Clench (once of April Wine) was added. After Tim and Randy Bachman left the group the remaining members bought the rights to the name BTO (the acronym which had been in popular use for some time) and officially adopted the name in 1978. The new lineup released Street Action (Mercury SRM-1-3713) in 1978 and Rock 'n' Roll Nights (Mercury SRM-1-3748) in 1979. The latter included the popular 'Heartaches'. Partly due to declining sales of their albums, the group temporarily disbanded in 1979.

While BTO was inactive, Turner, Randy Bachman and others formed Union (1981) and recorded On Strike (Portrait FR-37368). A revived BTO with Randy and Tim Bachman, Turner, Billy Chapman on keyboard, and drummer Garry Peterson (from the Guess Who) recorded BTO (Compleat CPL-1-1010) in 1983, and toured in Canada and the US - eg, opening (without Turner) for Van Halen in 1986. Using tracks culled from their concert tours, they released Live! Live! Live! (1986). Randy Murray (guitar), David Reimer (bass), and John Cody (drums) each briefly performed with BTO (1986-7).

The group went through more personnel changes in 1988 with a reunited BTO comprising Randy, Tim, and Rob Bachman; Vince Ditrich; Turner and Thornton, and toured until 1991. Randy Bachman left the group for the final time and was replaced by Randy Murray; the group toured until 2004 and in 2006 released Trial by Fire: Greatest and Latest, a mixture of BTO classics and new songs.

Both 'Blue Collar' and 'Roll On Down the Highway' were honoured at the SOCAN awards in 2008 for achieving the 100,000-airplay mark on domestic radio.