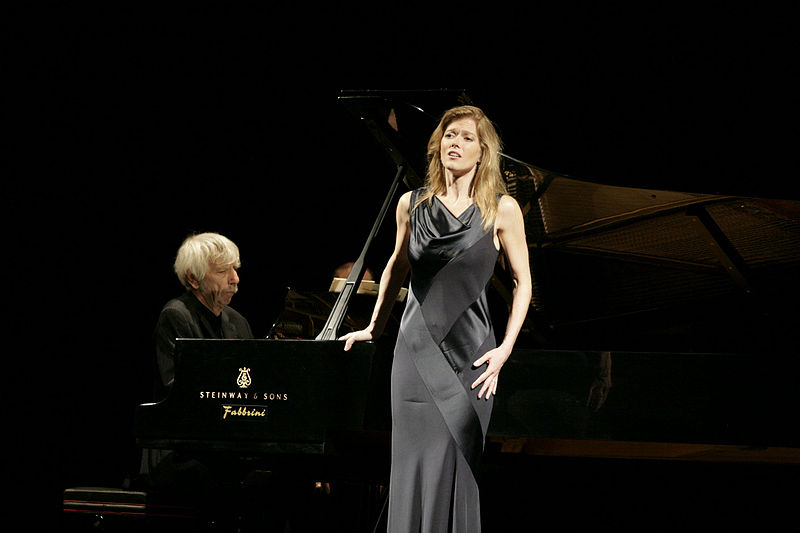 Barbara Hannigan with Reinbert de Leeuw on piano in 2008.
×