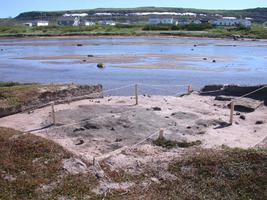 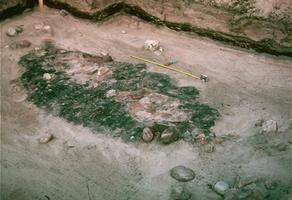 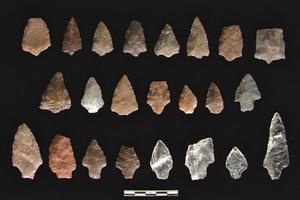 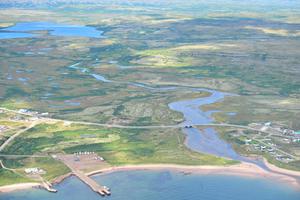 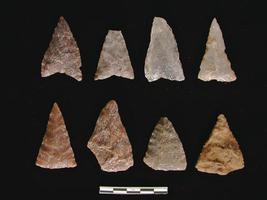 The Blanc-Sablon area is located on Québec's eastern edge, close to the border with Labrador. Archaeological investigations have been carried out there for nearly 100 years and have uncovered more than 250 sites, making the region one of the richest of its kind in North America's northeast. The remains of five cultural groups have been found there: Indigenous (see Aboriginal People: Subarctic), Palaeoeskimo/Inuit, Basque, French and English. Indigenous families began to use the area 9000 years ago, and they are still present today. The Palaeoeskimos arrived in the region about 3000 years ago and left 1000 years later. Although they had contacts with the Indigenous people, it appears that they did not engage in trade with them.

In the early 16th century, European fishermen and explorers came to exploit the riches of the sea and encountered Indigenous people for the first time. Indigenous sites unearthed at Blanc-Sablon provide evidence of these early contacts. During this period, their material culture was still largely based on stone-chipping, although a few Basque and Breton artifacts have been found in the remains of their habitations.

Following this period, European fisheries boomed. The French settled in the neighbouring village of Brador and exploited seal (see sealing) on an almost industrial basis. It is also from there that they administered all their possessions in the region. Cod fishing developed in parallel and many businesses were established as early as the end of the 18th century. Throughout the 19th century, Blanc-Sablon became one of the main cod fishing centres in the cold waters of the North Atlantic.

The riches of this rough and sumptuous sea have thus allowed many people to establish themselves and live on the shores of Blanc-Sablon. What is most surprising today is the incredible amount of architectural remains they left behind (stone hearths, home peripheries, circulation lanes, drying platforms, house foundations, etc.), combined with the several millions of artifacts that provide evidence for the great time-depth of occupation and the cultural diversity of this region, which is now sometimes considered as remote but was, for some time, a commercial centre of international significance. The importance of Blanc-Sablon was acknowledged in 2007, when it was designated a National Historic Site.