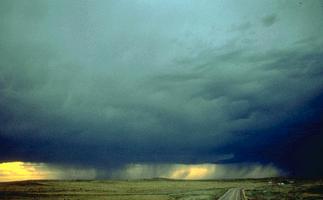 A cold front can result in a line of showers and thunderstorms (photo by Arjen Verkaik, Skyart Productions). 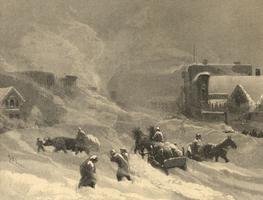 Blizzard, major snowstorm accompanied by strong winds and low visibility. These 2 features determine the severity of the storm more than the amount of fresh snow involved and more than the temperature, which may be only just below freezing.

In Canada the official national meteorological service definition of a blizzard is a period of 6 or more hours with winds above 40 km/h, with visibility reduced to below 1 km by blowing or drifting snow, and with windchills over 1600 W/ m2 (watts per square metre).

A blizzard is part of a low-pressure storm system, created as an inflow of mild air from the south is rapidly displaced by a cold front sweeping through from the north or west. The system tends to travel from west to east across the country and may last up to a week.

Blizzards may occur in any region of Canada, except the southwestern districts of BC; the Prairie and Maritime provinces are most frequently and severely affected. Blocked highways and rail lines, electrical-power disruption, stranded motorists and lost livestock are the predictable results of large blizzards. 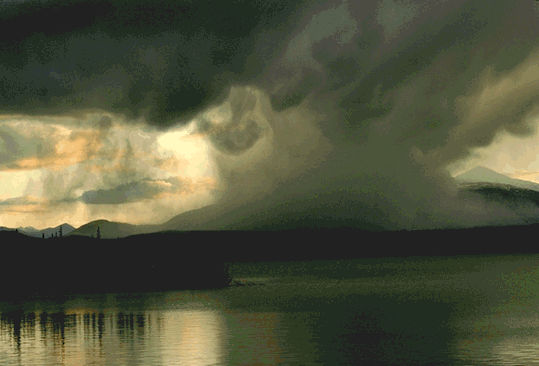