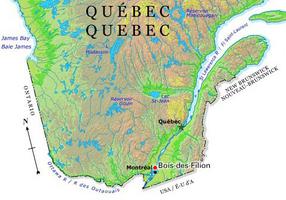 Bois-des-Filion, Qué, Town, pop 8383 (2006c), 7712 (2001c), inc 1980. Bois-des-Filion is located halfway between Sainte-Thérèse and Terrebonne on the north bank of the Rivière des Mille-Îles, about 20 km from downtown Montréal. First set up as a village under the name of Saint-Maurice de Bois-des-Filion in 1949, the abridged version of the name has been used since its incorporation as a town.

Bois-des-Filion owes its name to Antoine Feuillon dit Filion, the French pioneer who settled there in 1684, and to the large maple grove located on the Filion family property. This residential locality boasts the second-highest illuminated cross in the province of Québec, dedicated to Notre-Dame de Bois-des-Filion. Its winter carnival, L'Hiver en folie (Winter Madness), is celebrated each February.