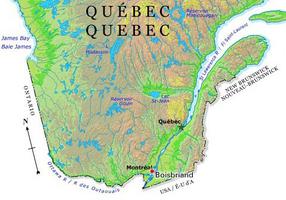 First set up as a municipality under the name of Sainte-Thérèse-Ouest in 1946, its name was changed in 1974. The name recalls Michel-Sidrac Dugué, Sieur de Boisbriand (1638-88), to whom was granted the seigneury des Mille-Îles in 1683. He had given the name Boisbriand to the fief he had been awarded on the shore of the Lac des Deux-Montagnes in 1672, and it was the name of one of his family's properties in France. Boisbriand is the home of the only Québec-based General Motors automobile assembly plant.