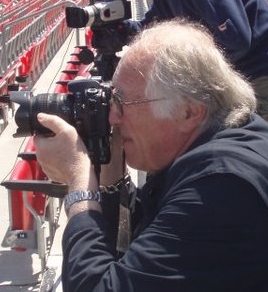 After graduating from Belgrade's Cinematographic Institute, Spremo immigrated to Canada in 1957, settling in Toronto. In 1962, he joined the staff of the Globe and Mail but in 1966 left for a position with the Toronto Star, where he remained into the 1990s. In the course of his long career, Spremo covered dramatic events ranging from the ​FLQ crisis in Québec and the end of the ​Vietnam war during the 1970s, to drought and famine in Africa during the 1980s, to the plight of Kurdish ​refugees in 1991. He was also known for his portraiture and images of Toronto.

Spremo's photographs have been published in books dedicated to his work, including Boris Spremo: Twenty Years of Photojournalism (1985) and Shadows of War/Faces of Peace (1992), as well as such popular magazines as ​Maclean's, Life, Time and Sports Illustrated. Spremo received numerous national and international awards for his photojournalism. In 1966, he became the first Canadian to win First Prize at the World Press Photo Competition in The Hague, the Netherlands. He was awarded the Order of Canada in 1997.