In the film Calendar (1993), an insipid Canadian photographer (Atom EGOYAN) and his lively wife (Arsinée Khanjian), accompanied by a local driver, tour their Armenian homeland, photographing 12 historic churches for a calendar. As the project progresses, the truth slyly emerges and the photographer realizes that he is documenting the disintegration of his marriage as his wife becomes attracted to their witty and knowledgeable guide (Ashot Adamian). Back in Toronto, the heartbroken photographer tries to come to terms with his loss by recreating the situation through a string of scripted, lifeless dinner dates with bored, exotic women. The two narratives are told simultaneously, as scenes from each are interwoven throughout the film.

Calendar is Egoyan's most lighthearted work since Next of Kin, and was the result of a prize he won at the Moscow Film Festival for The Adjuster. A departure from his more serious and lifeless earlier work, Calendar is looser and more humane, with a sparkling performance by Khanjian (Egoyan's real-life wife), and for the first time he tries to reach out on an emotional level. It was a modest hit when released commercially, paving the way for the more accomplished EXOTICA (1994) and THE SWEET HEREAFTER (1997). 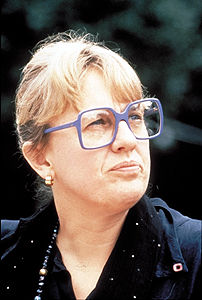