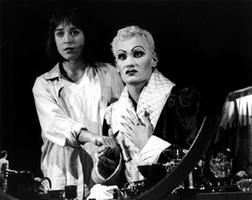 The third-largest theatre company in Canada (after the STRATFORD FESTIVAL and the SHAW FESTIVAL), the Canadian Stage Company was launched in Toronto in 1988 with the merger of Bill GLASSCO's CentreStage and Guy Sprung's Toronto Free Theatre.

The Toronto Free Theatre had been founded in 1971 with Tom HENDRY as managing director, Martin Kinch as artistic director and John Palmer as literary director; the aim was to have free admission as well as free experimentation with theatrical form and content. The free admission policy lasted only until 1973, although Sprung, who was appointed artistic director in 1982, reintroduced the concept in 1983 when he began the free Dream in High Park series.

The original aim of the merger was to create a national theatre based in Toronto, with Canadian work at the centre of its endeavours. Glassco and Sprung were co-artistic directors and would take turns producing seasons. The company's mandate was to develop, support, produce, promote and market the work of Canadian playwrights, and Glassco's inaugural 1988-89 season contained 16 plays, 7 of them Canadian. Four new plays included large-scale pieces from David FRENCH and Joanna GLASS.

Sprung's 1989-90 season had 6 Canadian plays, including new work by John Krizanc, Sally Clark and Paul QUARRINGTON. Neither season was a critical or a financial success, however, and the company's accumulated deficit soared.

The partnership of Sprung and Glassco soon disintegrated because of personality and aesthetic differences. By November 1990, the company required $2.7 million to stay operational, and to this end it was given $250 000 by the City of Toronto. Glassco had resigned in March 1990 but returned briefly in June when the company's board abruptly fired Sprung and general manager Lynn Osmond, having previously approved Sprung's 1990-91 season of all-Canadian plays. Glassco handpicked Bob Baker to take over the company and Baker jettisoned 5 of the previously announced plays. Notable productions during Baker's tenure include Glassco's revival of David French's Of the Fields, Lately (1991), Ariel Dorfman's Death and the Maiden (1994), Brad FRASER's Poor Super Man (1995) and Tony Kushner's 2-part Angels in America (1996).

Combining vigorous fundraising with tighter, more commercial programming, Baker and general manager Martin Bragg, who joined the company in 1992 after having been the youngest general manager in the history of the VANCOUVER PLAYHOUSE, whittled away at its $3-million deficit while maintaining an active program of play development. In 1995 the company was one of the first recipients of the Lieutenant Governor's Award for the Arts for its success in building support from the private sector.

Baker stepped down as artistic director at the end of June 1998, and Bragg was immediately named artistic producer. Bragg moved swiftly to refine Canadian Stage's mandate, announcing that the company would "create and produce the best in Canadian and international contemporary theatre in the country." Though he ended the tradition of Shakespearean productions in High Park by mounting a polished revival of John Gray's musical Rock and Roll in the summer of 1999, he returned to the custom of outdoor productions of Shakespeare that continues to this day.

In 2000, the company changed its name to CanStage. Until 2009, Bragg served as both artistic producer and managing director, and he successfully expanded the season subscription base as well as the annual number of patrons. However, his season repertoires came in for much criticism over the years because they incorporated more international commercial plays than Canadian ones, and often with mixed artistic results. Though there is merit to such criticism, the fact remains that Bragg staged new works by such eminent Canadian playwrights as George F. WALKER, Judith THOMPSON, Joanna GLASS, Morris PANYCH and master puppeteer Ronnie BURKETT, while giving theatregoers a chance to see international fare by Yazmin Reza, Sarah Ruhl, Martin McDonagh, Stephen Sondheim, Caryl Churchill and Peter Shaffer. Moreover, except for 2007-08, CanStage has reported a surplus every season since 1991.

This is not to say that the organization has been free of problems. In 2006 it cancelled its proposed production of My Name is Rachel Corrie, a controversial piece about an Israeli bulldozer killing a young American member of the International Solidarity Movement as she protested military brutality against the Palestinians and the demolition of a home in the Palestinian residential district of Rafah. In 2008, after David Storch had been appointed Bragg's successor as artistic director in 2007, Storch withdrew from that position and Canadian Stage was forced to make drastic cuts in its staff and modifications in its programming. In 2009, Matthew Jocelyn accepted the position of artistic and general director.

The Canadian Stage Company has 4 stages: the 876-seat Bluma Appel Theatre at the St Lawrence Centre, the 243-seat Theatre Downstairs and the 167-seat Theatre Upstairs at 26 Berkeley St and the open-air High Park site where Shakespearean plays are staged each summer. The company performs to more than 200 000 patrons a season at its combined venues. In July 2007 the organization reverted to its original name, Canadian Stage Company, in time for its 20th anniversary and as a return to the name by which it first became known nationally and internationally. In February 2008 the company announced the first step of a multi-phase initiative called The Berkeley Street Project, where a partnership between Canadian Stage and 3 leading independent theatre companies (Necessary Angel Theatre Company, NIGHTWOOD THEATRE and Studio 180) would result in shared resources in the development and staging of plays at the Berkeley Street Theatre. 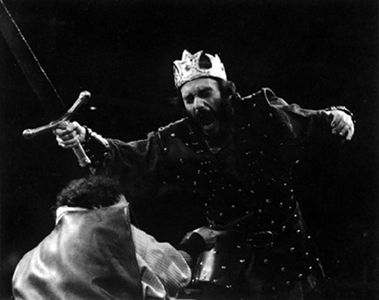