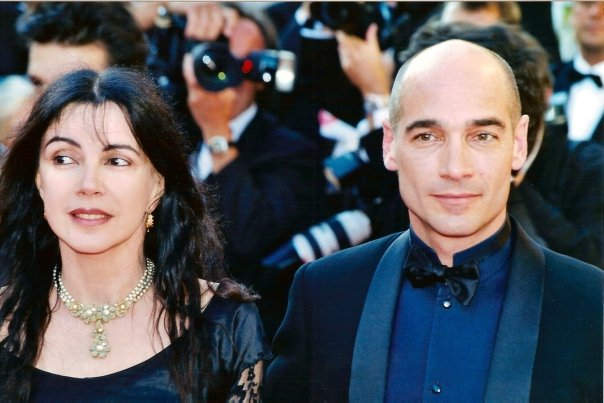 Carole Champagne, known as Carole Laure, OC, actress, singer, director, screenwriter, producer (born 5 August 1948 in Shawinigan, QC). Muse of the late filmmaker Gilles Carle, she got her first big acting break. An ambassador for Québec cinema abroad, she is seen as a woman who pursues her professional career according to her own choices and convictions.

Adopted into a very Catholic family of seven children, Carole Laure had a happy childhood. In Shawinigan, near the Saint-Maurice River, the family owned a rowboat and a canoe. The artist’s memories are steeped in nature. Carole lived in her family’s small home on 2nd Street until she was 18, at which point she set out on her own and moved to Montréal.

Passionate about music and dance and trying to find her way through the Québec youth movements of the 1970s, she was discovered in a restaurant by filmmaker Gilles Carle, who suggested she give acting a try. She made six films with him: Les corps célestes and La mort d’un bûcheron in 1973, La tête de Normande St-Onge in 1975, L’ange et la femme in 1977 (which won the Critics Award at the Avoriaz Fantastic Film Festival in 1978), Fantastica in 1980, and Maria Chapdelaine in 1983.

Carole Laure made her mark on the film world with La mort d’un bûcheron, a feature film custom written for her. She played Marie Chapdeleine, a young girl torn between becoming a stripper and becoming a country singer. Driven by the desire to learn about her roots, she tries out city life and has some fateful encounters along the way. Carole Laure co-starred with Denise Filiatrault, Daniel Pilon, Pauline Julien, Willie Lamothe and Marcel Sabourin. The film was a Cannes Film Festival Official Selection and opened doors for her in French cinema. Following the death of her mentor in 2009, Laure told a French journalist:

It was during that film that I learned the core of what would become my career. Gilles Carle, an exceptional teacher, showed me everything: how to act, how to film, how to edit. He also taught me about desire, about wanting to create, invent, feel, communicate. I was inspired by the beauty of it. He gave me confidence in myself.

In 1977, Carole Laure met composer Lewis Furey, who became the love of her life and shared his musical world with her. She started a singing career with the 1978 solo album Alibis and later collaborated with Furey on concept albums and film soundtracks. Meanwhile, she continued acting in France and in Canada. In 1977, she starred opposite Yves Montand in the French-Canadian thriller La menace,directed by Alain Corneau. The following year, she shot Préparez vos mouchoirs with director Bertrand Blier, appearing alongside Gérard Depardieu and Patrick Dewaere. The film won the Oscar for Best Foreign Film (1978).

In 1989, Carole Laure launched a new musical project: the American-style country-inspired album Western Shadows.With some songs in French and others in English, the album included classics like “Quand le soleil dit bonjour aux montagnes,” arranged by Furey. The album’s hit song “Danse avant de tomber”(Boris Bergman’s French adaptation of “Save the Last Dance for Me”)captured the imagination of an entire generation. The music video features contemporary choreography with renowned dancers Louise Lecavalier and Edouard Lock of the troupe La La La Human Steps. The choreography includes numerous gestures with a nod to sign language, and with the contrast between fair-haired Lecavalier and raven-haired Laure creating a striking visual effect. Western Shadows won the prestigious Prix de l’Académie Charles-Cros in 1991. Laure then recorded “She Says Move On” (1991) and “Sentiments naturels” (1997), the latter of which won the Félix Award for Album of the Year at ADISQ in 1998.

In the early 2000s, Carole Laure tried her hand at screenwriting and directing. This new passion allowed her to express an even wider range of emotions through various characters. She directed four feature films that were well received in the international film festival circuit. Les fils de Marie (2002) and CQ2 (Tout près du sol) (2004) were Cannes Film Festival Official Selections, while La capture (2007), presented at the Locarno International Film Festival, won the Prix spécial du film francophone at the Festival régional et international du cinéma de Guadeloupe (FEMI). She was Honorary Chair of the Cinéma du Québec à Paris and opened the 18th edition with her feature film Love Projet (2014). This film was also shown at the Festival du nouveau cinéma de Montréal and at the Mostra Internacional de Cinema de São Paulo.

In her films, Laure explores the themes of resilience and human dignity in particular. In La capture, she more specifically addresses the epidemic of spousal violence and its devastating effects. As a director, Laure believes in the importance of juxtaposing suffering and beauty. Fascinated by opposites (e.g., grace and ugliness), she is able to tackle topics in a nuanced way and to tease out their essence. In her 1989 music video “Stand by Your Man,” filmed in black and white, viewers engage in a world of emotional contrasts where characters both love each other and tear each other apart.

Her most recent feature film, Love Projet, expresses an appetite for life and describes the anxiety experienced by young adults faced with a life of endless possibilities. This choral drama involves Generation Y artists who evolve around a common project. As Carole Laure herself says, the universe of her mind inhabits the forest, a symbol that frequently resurfaces in her work. In October 2015, her short film “Rouge Forêt,” directed and screened at the 44e Festival du nouveau cinéma de Montréal, depicts human nature unfolding in a serene yet bloody forest setting.

Ever involved in eclectic projects, Carole Laure divides her time between Paris and Montréal, the latter remaining her preferred city. For many years, she has charmed audiences, who have expressed their love for her in return. Music, dance and choreography will likely always play a central role in this avid artist’s work.