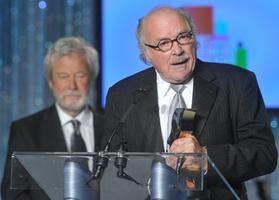 He immigrated to Waterloo, Ont, in 1953 and as a teenager became a folksinger, touring coffee houses and universities in Canada and the US before founding the iconic Stratford-based folk group Perth County Conspiracy (1969-1977).

While onstage at the Black Swan Coffee House in Stratford, Ont, that he was seen and heard by Michael Langham, artistic director of the Stratford Festival. Langham hired him for the 1964 season, which included a tour to the Chichester Festival theatre in England. In the first of Cedric Smith's 4 seasons at Stratford he had walk-on parts in 4 plays, returning in 1967 to appear in minor roles in Shakespeare's Antony and Cleopatra and Richard III. He played Feste in a production of Twelfth Night during the Manitoba Theatre Centre's 1976-77 season, and was Fitzpatrick in The Contractor by David Storey during that theatre's 1977-78 season. He was back at Stratford for the 1979 season and in 1983 played the central role of Horner in a production of Wycherley's bawdy Restoration comedy The Country Wife. He also played Bolingbrook opposite Brian Bedford's Richard II. He had the title role in Shakespeare's Richard III at the Manitoba Theatre Centre in 1982-83, and the composer Antonio Salieri in the Vancouver Playhouse production of Peter Shaffer's Amadeus in 1983-84.

Cedric Smith helped adapt and provided the score for Toronto Workshop Productions' highly successful Ten Lost Years (1974), which toured Canada and Europe; he also co-adapted (with poet Milton Acorn) and composed the music for Road To Charlottetown (1977), based on Acorn's writing. He played Billy Billy Bishop in more than 350 performances of a touring production of John Gray and Eric Eric Peterson's Billy Bishop Goes to War, in New York, Bermuda and Berlin as well as Victoria, Vancouver, Winnipeg and northern Ontario and BC.

Among his feature film credits are Who has Seen the Wind (1977), In the Fall (1984; he won the Yorkton Film Festival's Golden Sheaf Award for best actor), Samuel Lount (1985; he played William Lyon Mackenzie during the 1837 Rebellion), Heaven on Earth (1987; where he first worked with Sarah Polley) and Sea People (1999).

Cedric Smith received a Gemini Award in 1993 for best actor in a continuing leading dramatic role in the CBC TV series Road to Avonlea, playing Alec King from 1990-96. He also played the lead role of Captain Thomas Sims in The Campbells between 1986 and 1988, writing 2 of the episodes.