The Dept of National Defence sent O'Neill to train as a bandmaster at the RMSM (Kneller Hall) in 1908. On his return to Canada in 1910 he succeeded Joseph Vézina as music director of the Royal Canadian Garrison Artillery Band at Quebec Citadel. He continued his theory and composition studies with Herbert Sanders of Ottawa and became one of the earliest B MUS graduates of McGill University. In 1919 he attained the rank of captain, and in 1922 he became music director of the newly created Royal 22nd Regiment Band at Quebec Citadel, developing the ensemble into one of the finest in Canada. He made a name for himself also as a conductor at the CNE in Toronto (eg, feature band 1927, Composite Permanent Force Band of Canada 1930), as director of a CBC orchestra in Quebec (ca 1935-7), and as a guest conductor in several Canadian and US cities and in London in 1937 at the coronation of George VI. As a fearless but just adjudicator (eg, at the CNE in 1923 and many years thereafter) he gained wide respect. At the US State and National Band Contests he judged alongside John Philip Sousa and Edwin Franko Goldman in 1928. He was president of the American Bandmasters' Association 1933-4 and honorary president of the CBA 1960-4. He also was vice-president of the Dominion College of Music of Montreal.

In 1937 O'Neill left his position with the Royal 22nd Regiment and began an association with the University of Wisconsin (as summer school instructor and acting director) and the State Teachers' College at Potsdam, NY (teacher of conducting and composition 1937-47, head of the Music Dept 1942-7). O'Neill returned to Canada and taught theory and composition at the RCMT 1948-54. He retired to Quebec City but continued to compose.

O'Neill's largest composition is his doctoral exercise, the cantata The Ancient Mariner (Coleridge text, scored for chorus and orchestra, manuscript). His orchestral works include a Prelude and Fugue in G (1945-6), an Irish Fantasy (1958), an Irish Rhapsody (1959), many shorter pieces, and many arrangements. A number of choral works and pieces for small wind ensemble also were published, but his main output was band music. The Land of the Maple and Beaver for band was published by Boosey & Hawkes before 1936. He left 10 overtures: Silver Cord (ca 1930, G. Schirmer), Knight Errant (ca 1935, Rubank and Waterloo), Builders of Youth (1937, Fischer; Goldman Band, Camden CAL 240), Aladdin's Lamp (1940, Fischer), Concert (ca 1940, manuscript), Festival (1943, manuscript), Nobility (1943, Remick), Majesty (1945, Remick), Fidelity (1947, Remick), and Sovereignty (1949, Remick). Shorter compositions for band include Mon Ami, a march published by Waterloo in 1928; marches for the Royal 22nd Regiment (piano arr, Waterloo, recorded on RCA PC/PCS-1003); marches for the Royal Canadian Mounted Police (Harris 1960; RCA PC/PCS-1004); the marches The Emblem (Waterloo 1930; RCA PC/PCS-1006) and Nulli secundus (Waterloo 1931); and the popular fantasia Souvenir de Québec (Fischer 1930, RCA PC/PCS-1003). For RCA PC/PCS-1003 and 1004 see Discography for Howard Cable. Other publishers of his music include Boston, Fox, and Mercury. 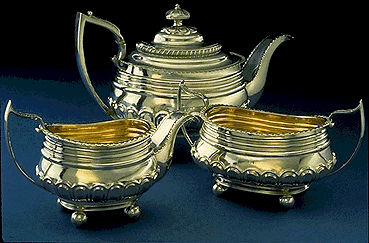