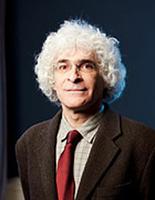 An international specialist on Mozart, Eisen has lived and taught for many years in the UK, but maintains his Canadian citizenship. After completing an MA in music at the University of Toronto, he studied at Cornell (NY) where his professors included Neal Zaslaw and James Webster, and wrote his dissertation on "The Symphonies of Leopold Mozart." He attended Harvard on a student exchange scholar program (1983), and received fellowships from the Deutscher Akademischer Austausdienst Fellowship (German Academic Exchange Service, DAAD) (1984) and the Social Sciences and Humanities Research Council of Canada (SSHRC) (1986). He later served as musicological advisor to Robert Levin and Christopher Hogwood for their recordings of Mozart's piano concertos, which stimulated his interest in performance practice.

Eisen has received many prestigious honours throughout his career. He received the Albert Einstein Award from the American Musicological Society (1992), a National Endowment for the Humanities Fellowship for University Teachers (1994), and research grants from King's College London (1998, 2003).

In 2005, he was elected to the Akademie für Mozartforschung, Salzburg and appointed director of the Centre for Eighteenth-Century Studies, Wellington, New Zealand; in 2008 he was guest lecturer at Musica Verano, in Oaxaca, Mexico and was appointed to the advisory board of the (EU sponsored) European Mozart Ways Committee. In 2009 he was awarded a grant from Culture 2007-13 (the EU's funding programme aimed at arts and culture) for "Mozart in Italy."

He taught in Canada at the University of Western Ontario (1987-8), then in the USA at New York University (1989-96) in courses ranging from general surveys on the Renaissance through the Romantic periods; however, his principal focus was on Mozart. In 1997, he joined the staff at King's College London, UK, where in 2011, he continued to lecture on musicology and performance practice and pursue his major research interests in Mozart and eighteenth-century music. For a time he also taught at the London Royal Academy.

Eisen has published extensively on Mozart's life, music, and performance practice for piano as well as symphonic and chamber works. He has written for encyclopedias including the New Grove Mozart (2002), and The Cambridge Mozart Encyclopedia (2005). In 2007, Hermann Abert's W.A Mozart, which first appeared in 1919-21 and is considered the gold standard of Mozart biographies, was published for the first time in English (translated by Stewart Spencer), edited and annotated by Eisen - a project that took 12 years to complete.

Eisen remains active in other media: he took part in the feature-length film documentary In Search of Mozart directed by Phil Grabsky (2007), and his series "A History of Mozart in a Dozen Objects" was broadcast on the BBC (2011).

"The primacy of performance: text, act and continuo in Mozart's piano concertos" in Essays on Mozart in Honour of Stanley Sadie (London 2005)

"Notation and performance" in A Performer's Guide to Classical Music, ed. A. Burton (London 2002)

"The Salzburg symphonies: A biographical interpretation" in Wolfgang Amadé Mozart: Essays on His Life and Work, ed. S. Sadie (Oxford 1996)

Articles in journals
"Another look at the 'corrupt passage' in Mozart's G-minor symphony K550: its sources, 'solution' and implications for the composition of the final trilogy," Early Music 25 (1997)