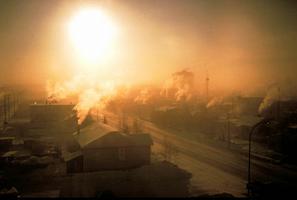 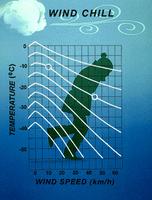 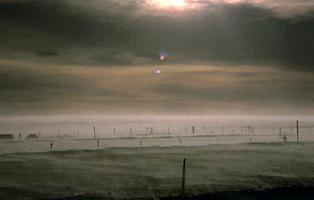 Over millions of years, different climates have shaped landforms, laying down carbon deposits, feeding glaciers, sustaining rivers and producing soils. In addition, there is scarcely one aspect of society that is not affected in some way by CLIMATE CHANGE and variability. Foremost, climate provides life's essentials: heat, moisture and light.

Climate influences dress, what we eat, how we feel and behave, the cost of heating or cooling our homes, and our vacation plans. By influencing market supply and demand, it can create inflation, financial crises and social unrest, sometimes global in scope. It is essential to the production of trees and crops, to the success of fisheries and the management of water resources.

Because it restricts agriculture, fisheries and forestry to specific geographical areas, climate has influenced human migration and settlement. Through DROUGHT and FLOOD, climate can destroy and debilitate life, damage property and isolate entire communities.

CLIMATE INFORMATION is of enormous economic worth in such activities as farming, recreation, energy and transportation, providing answers to such questions as how much should be budgeted for snow removal? Are there sufficient hours of WIND blow to sustain a wind-driven generator? Which climates are best for people suffering from asthma or arthritis? Will peaches grow in Kapuskasing or cabbages in Whitehorse? Is there enough snowfall for a successful ski resort? What impact will the effects of global warming have on sea-level rise in PEI and traditional native life in the Arctic?

Climate affects mankind most closely in farming. Crops that are economically viable in Canada include fruit trees in the Okanagan, wheat and oilseeds on the prairies, corn and grapes in southern Ontario and Québec, and potatoes and grain in the Maritimes. Only tropical and equatorial crops cannot be grown commercially. To be successful, a farmer must minimize risk from climate hazards by avoiding the risk in the first place or by protecting against the hazard when it threatens.

All agricultural areas in Canada are subject to drought, frost, winterkill, wind, heavy precipitation, HAIL and flooding, and to climatically influenced diseases and insect infestations.

Evaluation of lands where climate is suitable for special CROPS is an important application of climate knowledge and information. For example, CANOLA seed is a multimillion-dollar business in western Canada, where the prairie climate of hot sunny days and cool nights is ideally suited for intensive canola production. However, in the area south of Minneapolis, Minn, the percentage of oil in the seed drops off, so that growing it becomes uneconomical.

Climate and weather influences a host of farming operations, including seeding, irrigating, spraying, cultivating, harvesting and labour scheduling. Post-harvest concerns of crop storage and transportation and livestock performance are also sensitive to METEOROLOGY. Simple climate data, such as growing degree-days and drying indices, have found wide application in improving many farm management operations. More complex crop yield models are also widely used by growers and by agronomists and economists in agencies such as the CANADIAN WHEAT BOARD and various grain co-operatives in order to forecast growing conditions and develop marketing strategies. A recent development is the monitoring of climates and related information abroad for capitalizing on global trading and marketing opportunities.

Climate is no less a controlling agent in tree production. Foresters seek contemporary weather data and information in protecting against hazards such as drought, excess water, fire, frost, blow down and air pollution. The monitoring of fire-weather parameters such as soil moisture conditions of the soil and ground litter, wind speed and direction, humidity and THUNDERSTORM activity are especially crucial in FOREST FIRE prevention and control.

Longer-term climate information, both historic and projected, are eagerly sought by forest managers because meteorology affects the growth of trees at every stage from planting to harvesting, and influences forest management practices including site preparation, regeneration, thinning and fertilizing. Regeneration of forests takes decades, and to ensure future supplies of trees it is important that varieties be selected to optimize climate potential. No better example exists of the need for information on climate change and variability than in FORESTRY. After all, trees are likely to be harvested in a climate much different than the one they were planted in.

Precipitation is the source of all the Earth's fresh WATER and evaporation is the primary moisture input into the atmosphere. Canada contains no large areas where annual evaporation greatly exceeds precipitation, producing permanent DESERTS, or where precipitation exceeds evaporation, resulting in frequent flooding. Canada has more usable fresh water than any other country in the world; however, the water demand is so great that climate variations are of concern to those involved in securing water supplies.

Climatologists work with hydrologists to manage effectively Canada's water resources. On the prairies, farmers anxious about water for IRRIGATION and municipal officials worried about flooding regularly seek information about the winter's snowpack.

In early June 1995, record rains in southern Alberta combined with snowmelt to produce once-in-a-hundred-year floods on more than a dozen rivers. High water forced 4000 people from their homes in Medicine Hat. Flooding may have contributed to an outbreak of BOTULISM that killed more than 30 000 ducks, and certainly contributed to a delay in the season available to growers and ranchers.

Engineers on the Great Lakes make daily assessments of the basin's water balance in order to predict lake level changes and regulate flows. In eastern Canada, where the export of HYDROELECTRICITY is big business, electric utilities count on ample winter precipitation to fill reservoirs. In moist regions with a reliable streamflow, engineers develop schemes for diverting surpluses to water-starved regions. Climate is a principal factor in determining the water resource potential of a region. Satisfying the demand for water in amounts that avoid flood or drought hazards requires design data and credible climate data and weather forecasts.

Canada consumes more energy per capita than any other nation, the equivalent of 9 t of oil annually. This thirst for energy is caused largely by Canada's vast distances and its climate extremes. About a third of the energy now used in Canada is expended to offset the cold, ICE and snow of winter, and the heat and humidity of summer. In the 1970s and 1980s severe winters and uncertainty of foreign oil supplies focused attention on Canada's vulnerability to climate change and variability.

Further cooling or increased snow would cost the Canadian economy dearly; on the other hand a warming of 2 to 3°C would decrease winter heating needs by about 15%, the equivalent of 45 million barrels of oil, an annual saving of $1.5 billion. The safe and economic exploitation of energy reserves, be they offshore in the Arctic, high on a mountain slope or inland in the oil sands, demands good climate information.

Furthermore, climate-related applications are not restricted to energy exploration and development: electric-power transmission lines are sensitive to icing, LIGHTNING and TORNADOES; and construction and operation of pipelines in PERMAFROST depend on changes of temperature and soil moisture.

Another issue is how much of Canada's energy needs can be met by renewable sources. Passive solar heating could reduce energy bills. Inexhaustible, pollution-free wind energy, once very popular, could again supply much of the energy needs of small, remote communities. In achieving energy conservation, climate information is of use in the planning of potential sites, the design of material and the operation of facilities.

In most countries, the building and CONSTRUCTION sector is the largest single industry. From the viewpoint of safety and economy, a structure or facility must be able to withstand meteorological forces and loadings over its lifetime and take steady wear and tear during normal times and during extremely unusual events. Overdesign is wasteful and costly; underdesign can be hazardous and result in discomfort. Architects and builders are often guilty of placing structures suitable for one climate in a very different one; eg, California-style homes in Edmonton. Climate information is useful in determining the orientation of buildings so that there is minimum energy loss and reduced snow drifting, and in designing buildings that have comfortable, healthy, safe and economical indoor climates.

Such information can also help in the choice of safe, economical materials that will withstand damage by strong winds, driving rain or frequent freeze-thaw temperature changes. Homeowners can realize greater comfort and reduced energy costs by considering such questions as where to plant trees in order to provide shelter from winter winds and to keep driveways free of snow; what sort of curtains to choose in order to keep out unwanted summer heat; or which wall of the house should contain a large area of glass to let in winter sun.

by water, land or air is influenced by climate variability or extremes. Route planning and scheduling and cargo handling and storage all depend upon sound climate information. In marine areas, SEA ICE, poor visibility and storm occurrence are significant problems and affect the design and operation of ships and port facilities. Design must incorporate information about storms - eg, that which sank the OCEAN RANGER oil rig off Newfoundland, drowning 84 men (15 February 1982) - in order to defend against such hazards.

Freezing and thawing, precipitation and snow cover are very important to land transportation by road, rail or pipeline. Annual snow removal costs may exceed $1 billion in Canada. Indirect costs are even greater; eg, 1 cm of snow increases vehicular fuel consumption by about 50% and causes average commuter delays of 30 minutes. Air transportation has always been concerned with wind, ceiling, visibility and turbulence, whether for airport siting, timing of favourable takeoffs and landings or en route aircraft operations.

Examples abound of enormous savings made through the proper application of climate information on communication systems. In 1969, a section of the Quebec-Labrador powerline had to be replaced at a cost of $30 million. The stress from ice and wind-loading that subsequently occurred had not been accounted for properly when it had been designed. The design of Toronto's CN TOWER was altered when climatologists predicted icefall from the antennae.

One of the most interesting and challenging areas of modern CLIMATOLOGY deals with the effects of climate on human health. Climate-related health problems include the common cold, hypothermia, hay fever, asthma, frostbite and migraine complaints. Even more common are subtle climate-induced or climate-intensified sickness, fatigue, pain, seasonal adjustment disorder (SAD) and insomnia, all of which ultimately diminish alertness, learning ability, performance and productivity.

Climatic factors are also pervasive in the field of recreation. The economic well-being of vacation areas depends upon the occurrence of expected weather. For example, downhill skiing is particularly sensitive to the variability of snowfall. The absence of snow generally keeps people from skiing despite snow-making equipment, and a lack of snow between Christmas and New Year's Day can spell disaster for resort operators.

Climate information has been used in siting and design of trails and the design of equipment and facilities, in assessment of competing sites for sporting events, and in the scheduling of games and contests.

Climate knowledge and information can profitably be applied to a broad span of industry, commerce and financial services. For example, climatologists can assist insurance companies in establishing the degree of risk for natural hazards - eg, wind, hail, floods - and hence the premiums to be levied, together with expert advice in settling claims. "Healthy" climates are becoming increasingly more important to industrialists as a location factor in siting plants and facilities. Climate information is also used by business and industry to make critical choices concerning delivery and stockpiling of raw materials, production and marketing, and by stockbrokers and commodity traders in buying and selling.