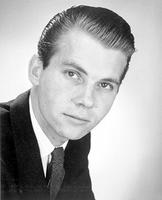 David Adams, ballet dancer (born at Winnipeg 16 Nov 1928; died at Stony Plain, Alta 24 Oct 2007). Adams was a key figure from the early days of Canadian BALLET. As the company's first principal male dancer, he played an important role in establishing the NATIONAL BALLET OF CANADA.

Adams began his training and performing career with Gweneth LLOYD, founder of the Winnipeg Ballet (later ROYAL WINNIPEG BALLET), and matured as a fine classical dancer in England and Canada. He performed as a lead soloist in both countries, notably with the National Ballet (1951-63), the London Festival Ballet (1961-69), and the Royal Ballet (1970-76).

David Adams danced to acclaim in the great classical male roles, frequently as the partner of Lois SMITH, and was one of Canada's first international ballet stars. In Madrid in 1966, he was awarded the Festival de la Opera Gold Medal for his performances of Giselle with Galina Samsova.

Adams returned to Canada as ballet master for the ALBERTA BALLET COMPANY. He taught extensively in Edmonton, notably at the Edmonton School of Ballet (1984-86 and 1993-95), Grant MacEwan Community College (1979-96), and Edmonton Festival Ballet (1993-95), where he was choreographer and ballet master for the company's major performances, and artistic director in 1995. A much admired teacher, David Adams was active as a dance assessor and adjudicator, teacher and coach in Edmonton, until his retirement in 1998. In 2004 he was appointed an Officer of the Order of Canada.