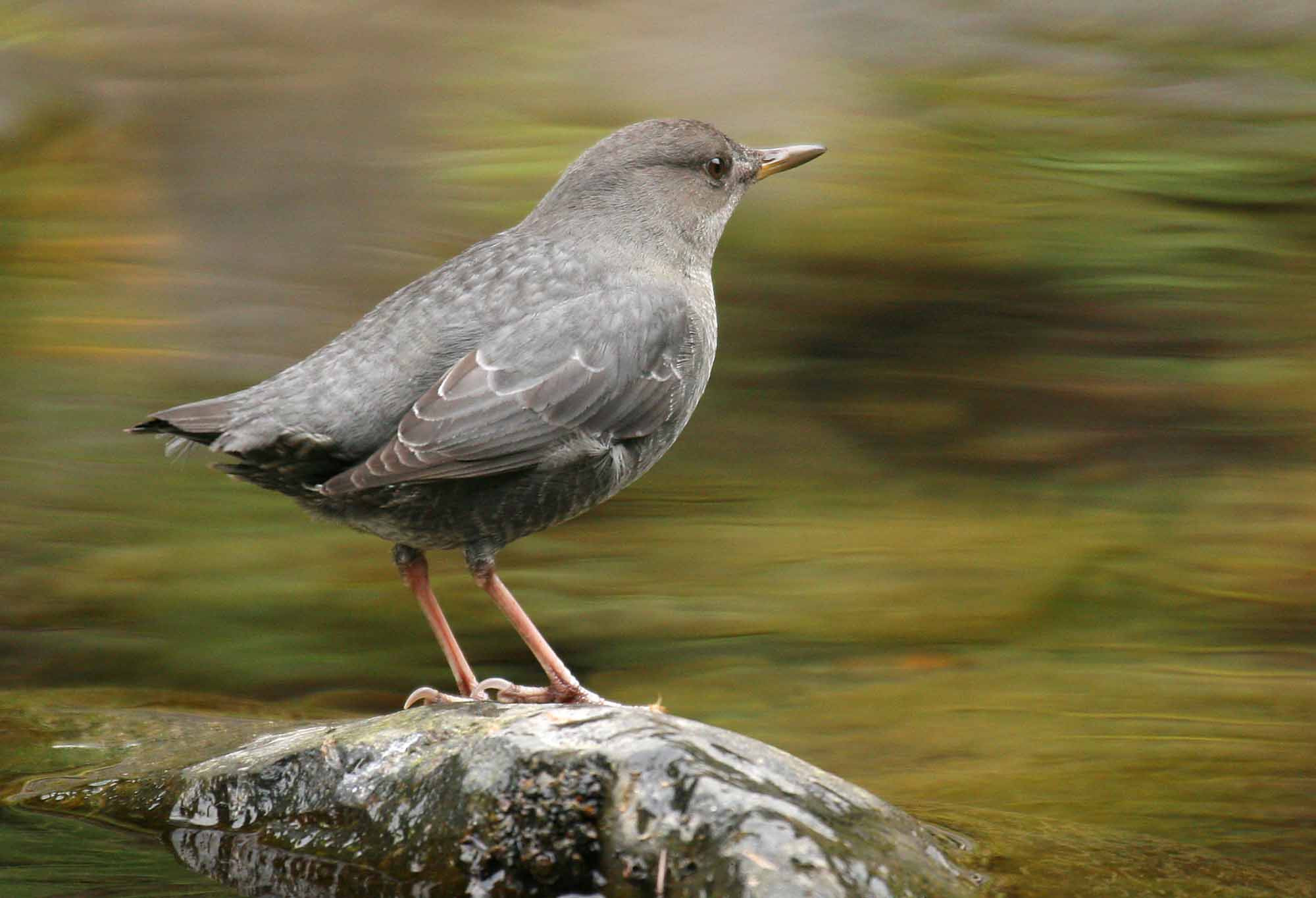 A dipper perched in the middle of a fast-flowing stream. 3684971 \u00a9 Michael Woodruff | Dreamstime.com 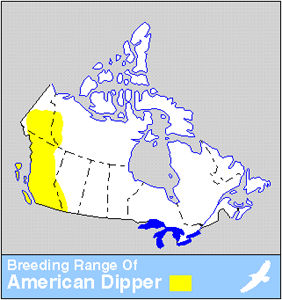 PreviousNext
The dipper (Cinclidae) family of birds comprises 5 species of birds known colloquially as water ouzel. The American dipper (Cinclus mexicanus) occurs along mountain streams from Alaska to Panama, in Canada straying from the mountains only rarely into Saskatchewan.

Dippers are plain, chunky and wrenlike, with short wings and tails and slender, straight bills. They dive and swim well. Both sexes sing all year. The territorial grey-black American species moves downstream in winter only when and where streams freeze or otherwise become unsuitable, often temporarily. Dippers bob up and down on their long legs (hence their name), blinking their white eyelids as they fly into and out of water, hunting aquatic insects and sometimes fish.

Dippers are usually monogamous, occasionally polygynous. The female incubates the 4-5 eggs; both sexes care for young after they leave the nest. Nests, usually domed and made of moss, are above water, often behind waterfalls or on bridges, occasionally in artificial boxes or swallows' nests. European studies show decreasing nesting density and nesting success with greater stream acidity, indicating that dippers are useful indicators of acid rain.