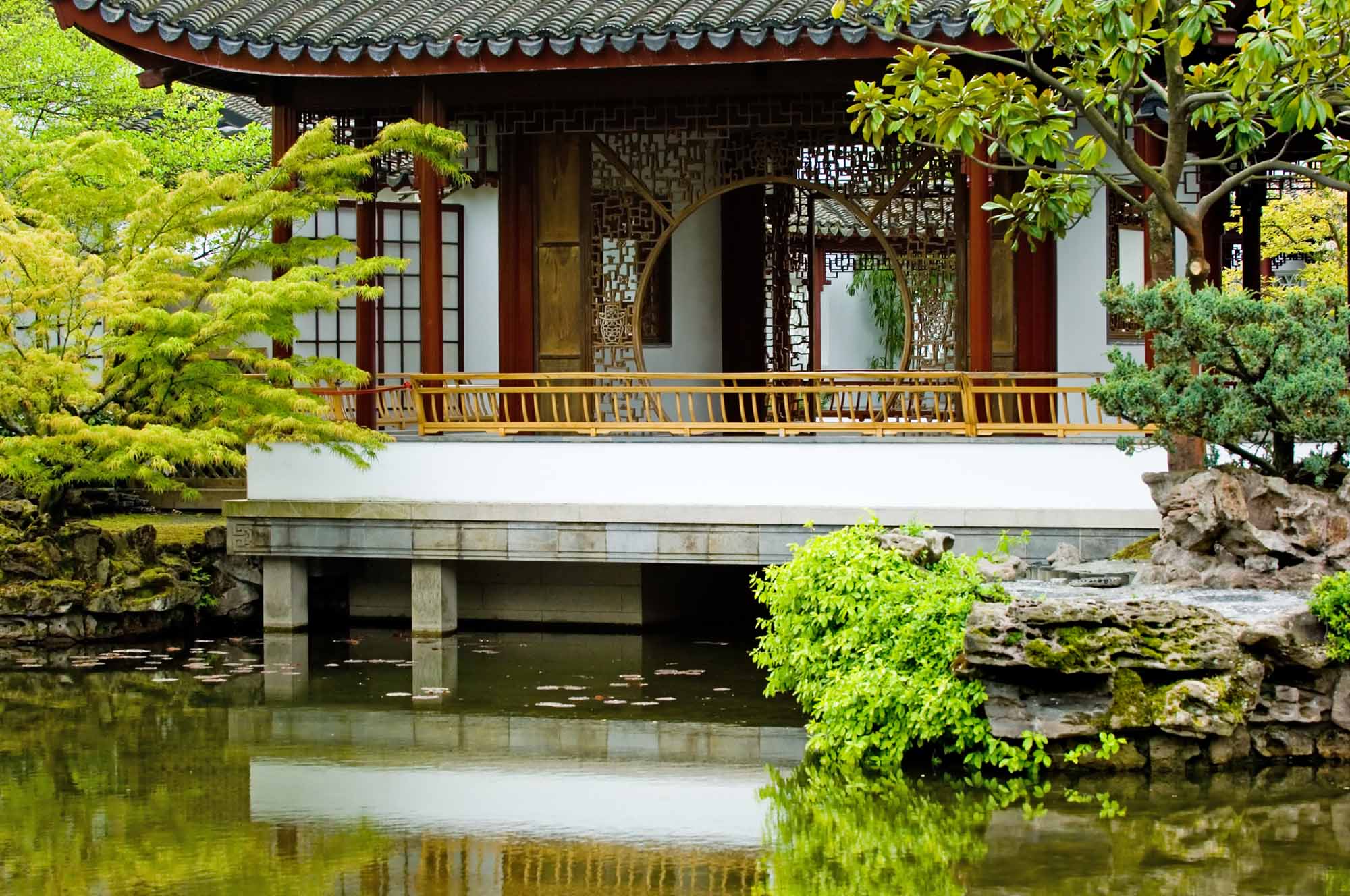 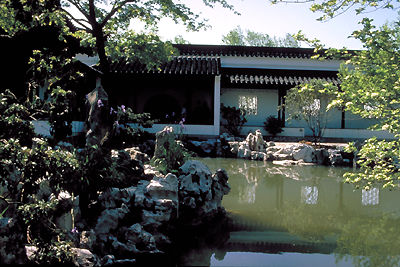 The Dr Sun Yat-Sen Classical Chinese Garden, the first such garden built outside of China, is located in VANCOUVER's Chinatown. A resident and vibrant CHINESE community and its location on the PACIFIC RIM influenced the garden's placement. The original site plan also included the adjoining Chinese Cultural Centre and Dr Sun Yat-Sen public park.

After consulting many community organizations, the garden and park were named for Dr Sun Yat-Sen (1866-1925), revolutionary, first president of the Chinese Republic and the "father of modern China." Dr Sun also had a local connection, having visited Vancouver's Chinatown several times while fundraising for his campaign of democracy and the end of Imperial rule in China. This he succeeded in achieving in 1911. To distinguish the garden from the neighbouring public park, the classical garden was named Yi Yuan (pronounced Yat Yuen in Cantonese, meaning "Garden of Ease"), recalling one of Dr Sun's courtesy names, Yi Xian (Yat Sen in Cantonese). Courtesy names were used as a "courtesy" or gesture of respect, to avoid the direct use of a man's real name.

All 3 cultural facilities are strategically located in what was the proposed path of the "Chinatown/Gastown" Freeway Connector. The freeway was defeated through community activism in 1969; this community activism was highly significant in the future restoration of the city's historic districts.

The Chinese Cultural Centre made the initial proposal in 1973-74 and in keeping with classical Chinese architecture, the centre's design saw the buildings and gardens as integral components of the whole project. The garden's development was first undertaken by the city of Vancouver and then by the Dr Sun Yat-Sen Classical Garden Society, which oversaw its completion and subsequent operation. The garden opened on 24 April 1986. Project funding was provided by all 3 levels of Canadian government, Suzhou City, China, and its province (Jiangsu Province) along with private and corporate donations raised by the Garden Society.

China's national "Open Door Policy" coincided with the planning of the garden and greatly assisted in the development of the necessary partnerships, including the expertise of the Suzhou Garden Administration (SGA). Together with the local design consultants, the SGA helped plan and build this first full-scale Ming Dynasty-style classical garden outside of China, inspired by the renowned gardens of Suzhou. The first scholar gardens in Suzhou date back at least to the Southern Song Dynasty (1126-1279 AD) and were at their zenith during the Ming Dynasty (1368-1644 AD).

The Dr Sun Yat-Sen Classical Chinese Garden is modelled after a Chinese scholar's garden. Such a garden, part of a scholar's family home, provides solitary or social contemplation of nature within its walled and asymmetrical arrangement of rooms and pavilions.

Like all traditional Chinese scholars' gardens, the Dr Sun Yat-Sen Classical Chinese Garden may be seen as a network of cosmic and earthly symbols where its 4 main elements (rocks, water, plants and architecture) are held in harmony. A stroll through the garden's winding walkways requires one to view its design from many different angles and perspectives - a reminder that there is no "fixed" or "absolute" perspective from which to view the world and society. The dozens of animate and inanimate symbols offer sage advice. Be steadfast through adversity and live long, like the pine tree. Like the blossoming plum in winter, always embody the hope and promise of regeneration. Be firm but flexible, like the bamboo. Be reminded by the grotesque stone that chaos and order are essential aspects of each other.