Edmundston, NB, incorporated as a city in 1952, population 16 032 (2011c), 16 643 (2006c). The City of Edmundston is nestled on the eastern bank of the SAINT JOHN RIVER, opposite Madawaska, Maine, and 285 km north of FREDERICTON. Initially called Petit-Sault, "Little Falls" (as contrasted with GRAND FALLS, 57 km downriver), it was renamed in 1848 in honour of lieutenant-governor Sir Edmund HEAD. Edmundston was first settled as early as 1790 by ACADIANS who relocated from St Anne's Point (Fredericton) at the time of the LOYALIST influx. During the 19th century the community's population was supplemented by small numbers of English-speaking immigrants and by a protracted immigration of French-speaking settlers from Québec. In 1998 Edmundston's boundaries were extended to include 3 other smaller French-speaking communities (SAINT-BASILE, SAINT JACQUES and Verret) and an annexed portion of the parish of Madawaska. 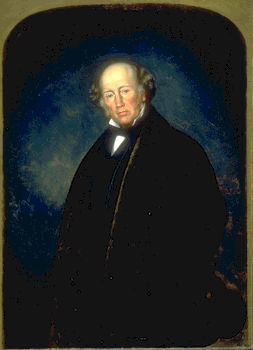 Since establishing a division in Edmundston in 1911, Fraser Inc (now Fraser Papers Inc) has expanded from a sawmill operation to a pulp mill and has grown to be the city's primary employer. Begun in 1946, Centre Universitaire Saint-Louis-Maillet, an affiliate of UNIVERSITÉ DE MONCTON, is situated here. The land transportation gateway to Atlantic Canada, the city has many manufacturing businesses because of its unique location at the borders of New Brunswick, Maine and Québec.

For many years now, Edmundston has been the ski resort for much of western New Brunswick and the centre of francophone awareness, as embodied in the mythical "République du Madawaska." The history of the region is documented at Musée du Madawaska. Petit Témis is an interprovincial park with a trail network that connects Edmundston with RIVIÈRE-DU-LOUP, Qué, The New Brunswick Botanical Garden is also located here.