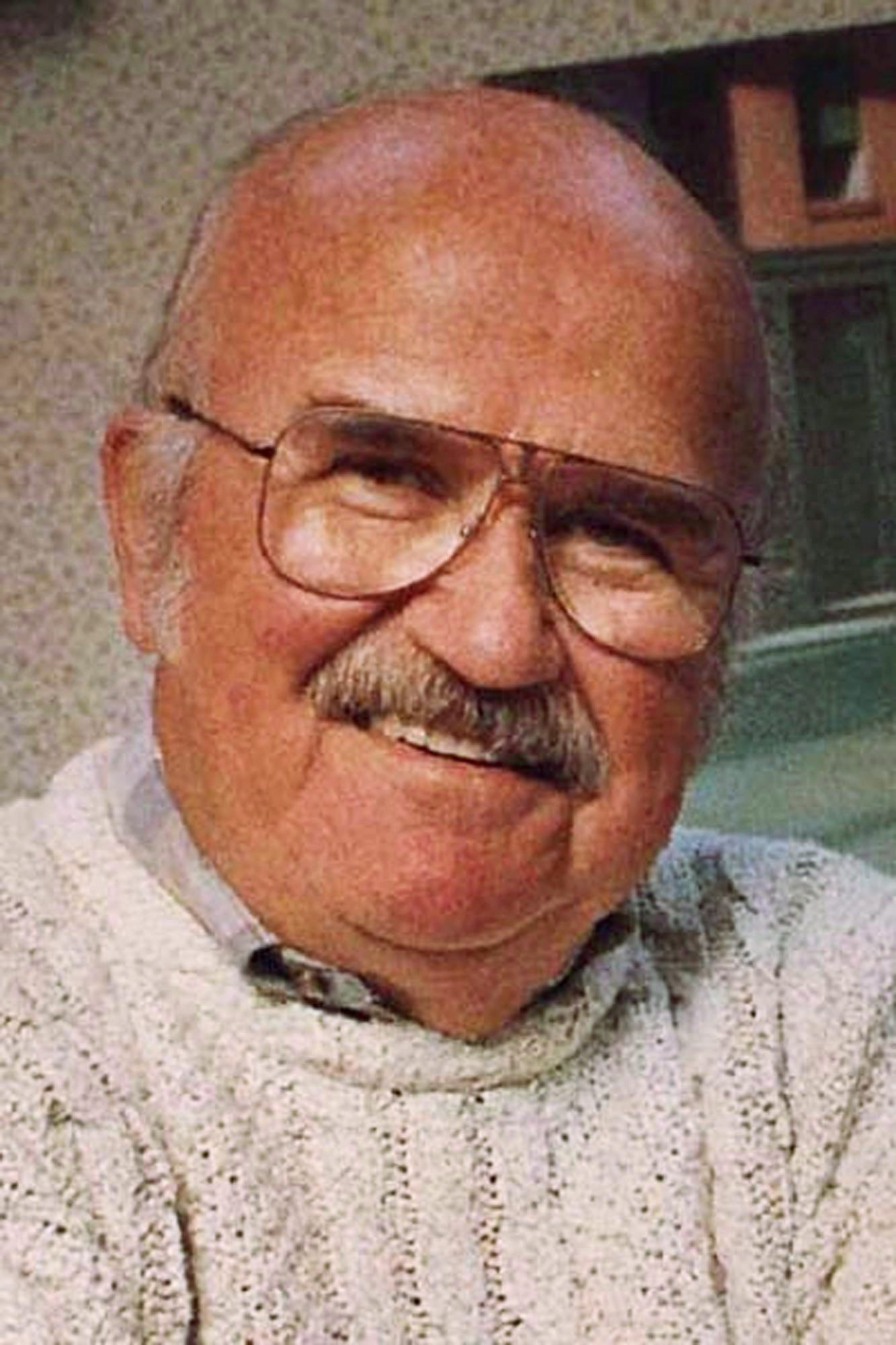 Elwy McMurran Yost, CM, television host (born 10 July 1925 in Weston, ON; died 21 July 2011 in West Vancouver, BC). An endearing movie aficionado, Elwy Yost was the host of TVOntario’s (TVO) popular retrospective film program “Saturday Night at the Movies” from 1974–99. Yost’s unassuming humility, unbridled enthusiasm, and vast knowledge of cinema made him an expert celebrity interviewer and an ideal host. A pioneering figure in Canadian broadcasting, he crafted an accessible bridge between entertainment and education and conducted over 1,000 interviews. He was made a Member of the Order of Canada in 1999.

Yost grew up in depression-era suburban Toronto, the only child of Elwy Honderich Yost and Annie Josephine McMurran. Each week Yost’s father, a pickle merchant, gave him money to go to the movies, stipulating that he re-tell the film’s story to his parents upon his return. After graduating with honours from high school in 1943, he entered the engineering program at the University of Toronto but dropped out after failing his first year’s exams.

He joined the Canadian Army but the war ended two weeks before he was to be sent to Europe.

In 1945, Yost wrote and performed in The Army Show with Frank Shuster. The show was set for an extensive tour but a leg injury prevented Yost from going. He returned to the University of Toronto and earned a degree in sociology. During that time he worked on Howard Milsom’s Radio Workshop, acted for three seasons in summer stock theatre, and co-wrote and co-directed the independent movie In Between with his university friend Harold Smith.

In 1951, Yost worked in the circulation department at The Toronto Star. He then had a short stint as a film critic, but his love of nearly every movie made him poorly suited to the job. However, it was at the Star where he met Lila Melby, his wife of 60 years. After marrying, they moved to England where Yost worked as a porter in a Devon hotel while studying television production at the BBC. He appeared as an extra in John Huston’s Moulin Rouge (1952) before he and Lila returned to Toronto.

Yost then worked in the industrial relations department at Avro Aircraft Limited from 1953 until the cancellation of the Avro Arrow in 1959. The events were dramatized in the CBC Television mini-series, The Arrow(1997), and Yost appeared in the making-of documentary, “The Legend of The Arrow.” To better support his family, Yost became a full-time English teacher at Burnhamthorpe Collegiate in Etobicoke, and continued teaching even after auditioning for, and getting, a spot as a weekly panelist on the CBC-TV game show “Live a Borrowed Life.” In 1962, he became the moderator on the CBC quiz show “The Superior Sex” and a panelist on “Flashback” (1962–68). He also created and hosted “Passport to Adventure” (1965–67) and helped establish the Metropolitan Educational Television Authority (META) in Toronto.

In 1974, Yost helped found the Ontario Educational Communications Authority (OECA), now TVO. OECA General Manager Jim Hanley approached Yost to host an educational presentation of three Ingmar Bergman Films. With that special, “Three Films in Search of God,” Yost established the template for what would become “Saturday Night at the Movies.” The program’s format featured two uninterrupted films with a unifying theme. Every Saturday night, Elwy lured the audience into the evening with the words, “And now it’s that time, ladies and gentleman. Time to turn the lights down and put your feet up, settle back and enjoy yourselves as you watch….”

The interval between films featured Yost’s interviews with filmmakers connected to the evening’s films. Eventually, “Saturday Night at the Movies” made regular trips to Hollywood to conduct interviews. Working with long-time TVO producer Risa Shuman, Yost also created such programs as “Magic Shadows,” “Rough Cuts,” “Talking Film” and “The Moviemakers.”

In 1989, Yost semi-retired from “Saturday Night at the Movies,” but remained the show’s host for another 10 years. He left the program in 1999, the same year he was made a Member of the Order of Canada. Elwy Yost died of natural causes at the age of 86 on 21 July 2011.

“Saturday Night at the Movies” was one of Canada’s most successful television programs. It ran for 39 years and regularly drew around 250,000 viewers, despite being broadcast opposite “Hockey Night in Canada” on a public broadcaster available only in Ontario. Yost contributed over 1,000 interviews to the TVO Public Archive, an invaluable educational and historical resource.

His son Graham Yost is a successful screenwriter and producer based in Los Angeles, best known for the action thriller Speed (1994) and the television series “Band of Brothers” (2001), “Justified,” and “The Americans.” On the final episode of “Saturday Night at the Movies” that Elwy Yost hosted, he introduced a screening of Speed and was interviewed by Graham about the highlights of his career.