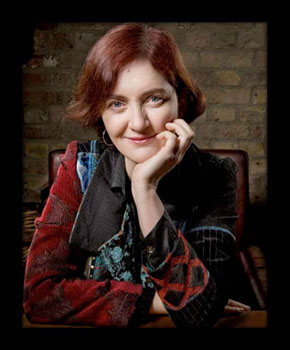 The youngest in a family of eight children, Donoghue is the product of a determinedly literary Irish Catholic family. Her parents are Denis Donoghue, Henry James Professor of Letters at New York University, and Frances Donoghue née Rutledge, a teacher of English. Named in homage to Jane Austen's Emma, Donoghue was exposed from early childhood to a range of literatures and the dynamics of a literary career. As she has said, remarking on her formative years, she learned early on that publishing a book a year was a normal way of life.

Donoghue has created close and productive ties with Canada and its literary community. She relocated from Cambridge, UK, to Canada in 1998 to join her companion and partner, Christine Roulston, a professor of Women's Studies, Feminist Research and French at the University of Western Ontario. The couple resides openly as a lesbian couple in London, Ontario, where they are raising their two children. Owing to her 2010 Rogers Writers' Trust Fiction Prize, Donoghue judges her Canadian transition a fully realized success. An attractive case in intersecting national identities, Donoghue maintains dual citizenships in Ireland, the land of her birth and rearing, and in Canada, her adoptive home and the setting of her creative florescence.

Donoghue's public career began in early youth, when she was already considered a literary sensation. While a teenager she was writing poetry, her original interest, and maintaining (with an early eye to fame) a carefully preserved record of her writings in a series of bound books, titled, in large bold letters: EMMA DONOGHUE: THE WORKS. Donoghue felt destined for literary success and never wanted for confidence.

The thematic underpinnings of her writings are often inspired by actual historical events and personages. One of her most spectacular and popular achievements is We Are Michael Field (1998), the first historical and literary biography since the 1920s of the Victorian collaborative writers and lovers (as well as aunt and niece), Katherine Bradley and Edith Cooper, who presented themselves in print under a united pseudonymous identity: Michael Field. Donoghue's biography of this riveting but long-overlooked lesbian couple draws upon their unpublished diaries, poetry and plays.

Slammerkin (2000) is a historical novel of an employee’s grisly murder of her employer, and includes elements of violence, sexual brutality and deviance, the sex trade and the urban underclass. Frog Music (2014) follows a sensational narrative that was inspired by an unsolved murder on the outskirts of San Francisco during the summer of 1876 involving two French transients: a female burlesque dancer/sex worker and a female-to-male cross-dresser. 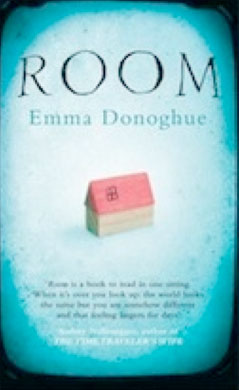 More recently, as in Room (2010), Donoghue balances the sensationalistic turn of her imagination with the more conservative theme of motherhood, one of her newer interests and personal themes. Yet most of her plots and characters are inspired by real case studies, whether from police records and newspapers or the lesbian popular press. Room was inspired in part by the case of Elisabeth Fritzl, an Austrian woman who was held captive and sexually abused by her father for 24 years, resulting in the birth of seven children. The novel is told from the perspective of a five-year-old boy who recounts the experience of being kept prisoner in a small room with his mother before finally being freed and released into the world.

Room won the Rogers Writers' Trust Fiction Prize, was shortlisted for the Man Booker Prize and was named one of the New York Times Book Review's 10 Best Books of 2010. A film adaptation by Irish director Lenny Abrahamson, from a screenplay by Donoghue, won the People’s Choice Award at the 2015 Toronto International Film Festival and became a critical and box office success. It went on to earn Donoghue numerous accolades for her screenplay, including a Canadian Screen Award and an Independent Spirit Award, as well as BAFTA and Academy Award nominations.

In 2017, Donoghue published her first children’s book, The Lotterys Plus One, written for middle-grade readers aged 8 to 12 and illustrated by Caroline Hadilaksono. Set in a rambling old mansion called Camelottery, the narrative includes gay parents (the “hippy-dippy Lotterys”), their home-schooled brood of seven children, and the tests they all face with the arrival of a senile, unlikeable grandparent. Judged a “warm and funny book” by New York Times reviewer Raphael Simon, the novel offers new views on Donoghue's expansive definition of family life and her skill in juvenile fiction.

Donoghue’s body of work has introduced a fresh, if sometimes startling, voice in modern fiction produced by women. While her fantastic and gripping subject matter may not be to everyone's tastes, Donoghue has extended the boundaries of women's writing in the 20th and 21st centuries, while also redefining standards of literary success. As a measure of her popularity, Donoghue has inspired a large and faithful coterie of readers in the Republic of Ireland, the United Kingdom, the United States, and now in her adoptive home, Canada.

Scripts for Radio and Film