The Fosheim Peninsula is located on the west coast of central Ellesmere Island, Nunavut. The peninsula covers approximately 4,823 km2 and is bounded by the Sawtooth Range to the southeast and by Bay Fiord, Eureka Sound, Greely and Cañon Fiords from the south to northeast. 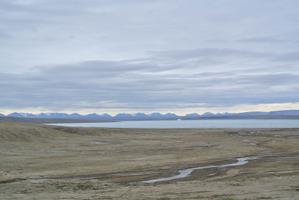 The Fosheim Peninsula is a large lowland. Most of the land is near sea level, with the exception of a few isolated ridges. The peninsula is surrounded by mountains that protect it from cold air originating over polar ice packs and wind that can bring storms originating from Baffin Bay. This causes the area to be dry, generally cloud-free and relatively warm despite its high latitude. The region has a polar desert climate with a mean annual air temperature of -18.8°C, and mean January and July air temperatures of -36.5°C and 6.1°C, respectively. The Fosheim Peninsula has one of Canada’s lowest mean annual precipitation at approximately 64 mm per year, most of which falls as snow. Underneath the surface of the peninsula is approximately 600 m of ice-rich permafrost. 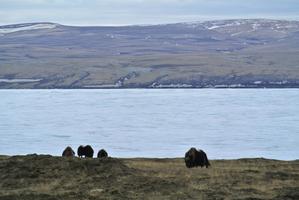 The Fosheim Peninsula is known as the “Garden Spot of the Arctic,” as there is a higher density and diversity of vegetation than is expected at this latitude.

This relative abundance of vegetation is due to the surrounding mountains which create warmer summer temperatures, and the volume of ground ice, which provides a water source. In the Hot Weather Creek area of the Fosheim alone, 145 vascular plant species have been identified, compared to 35 species or fewer found on other Queen Elizabeth Islands.

Muskoxen, Arctic hare and wolves are common in the region. Common bird species include snow buntings, jaegers and Arctic terns. 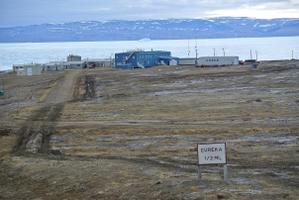 The peninsula was sighted by Adolphus Greely of the US Army in 1881, but not explored until 1899 by Otto Sverdrup and his expedition. Sverdrup named it after a member of his party, Ivar Fosheim. The Eureka Weather Station, operated by Environment Canada (located at 79°59’ N, 85°56’ W), has been conducting daily meteorological measurements since it was founded in 1947 (see also High Arctic Weather Stations). Eureka was the first of the five Joint Arctic Weather Stations founded by Canada and the United States. Furthermore, Eureka is the world’s northernmost post office.

Many of the effects of climate change on the Fosheim Peninsula relate to the region's extensive ice-rich permafrost, in particular the development of thermokarst. Thermokarst is the lowering of the land surface from melting ground ice and creates features such as pits and gullies. It occurs in areas underlain by ice-rich permafrost, since the land is no longer supported when the ground ice disappears beneath it. 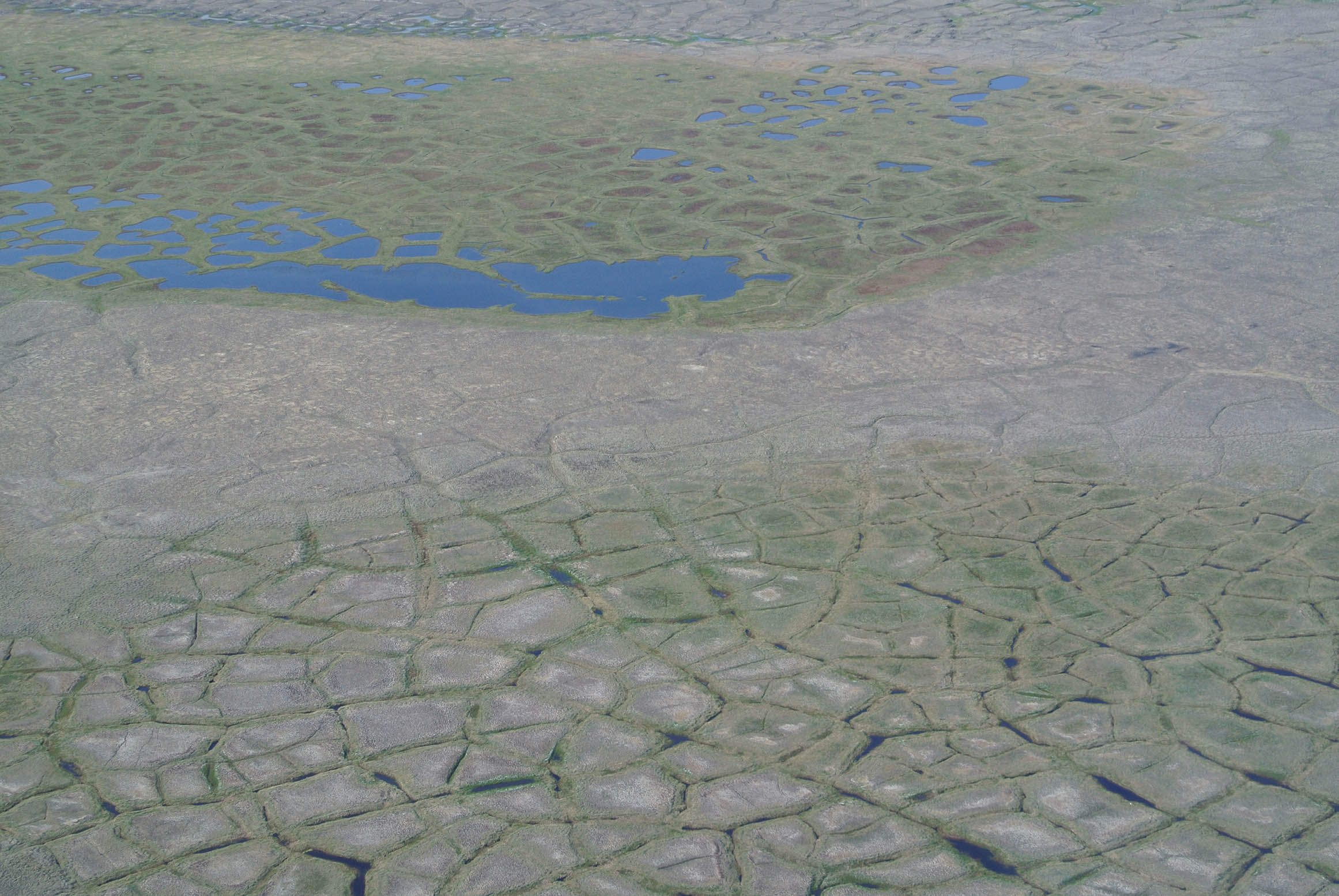 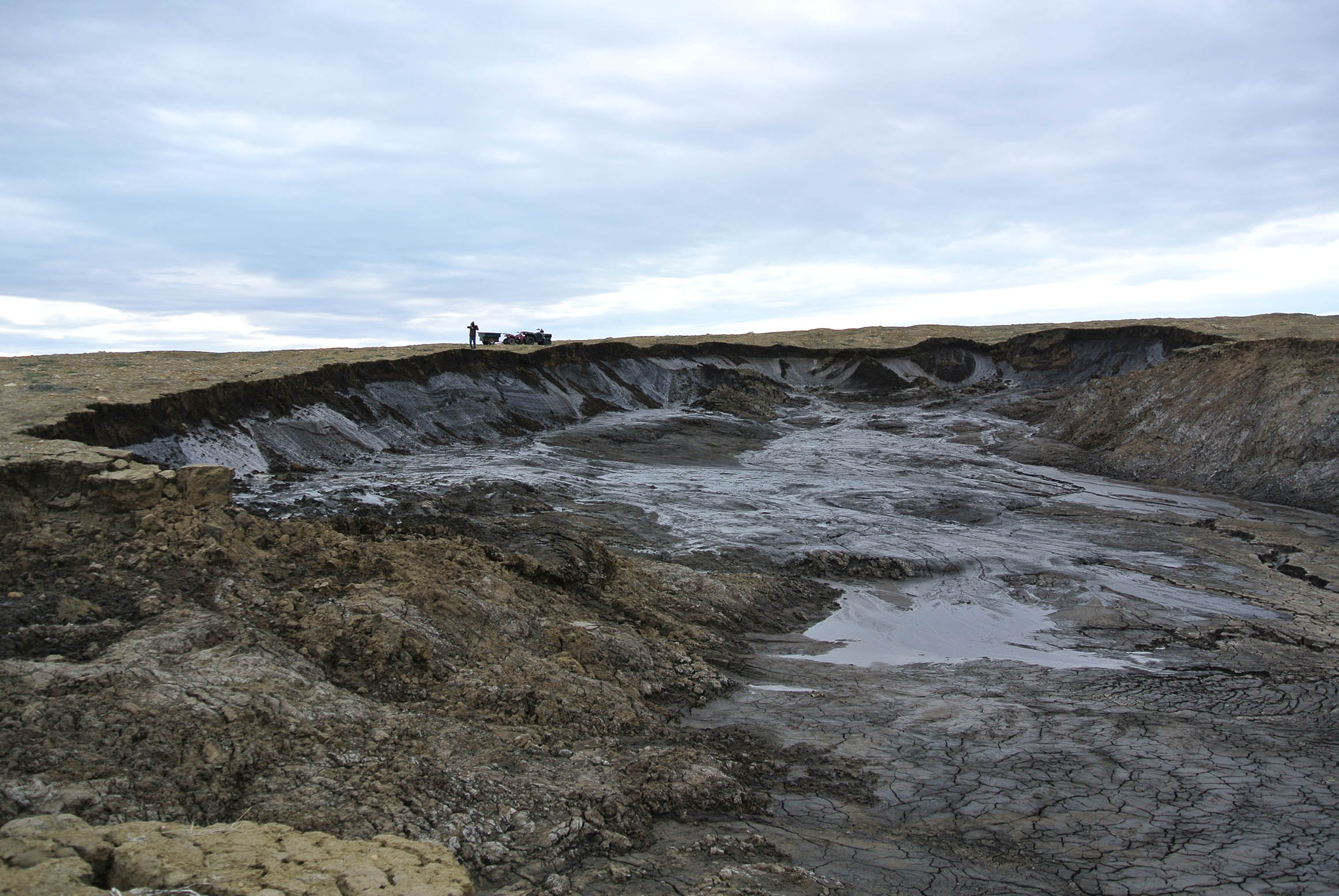 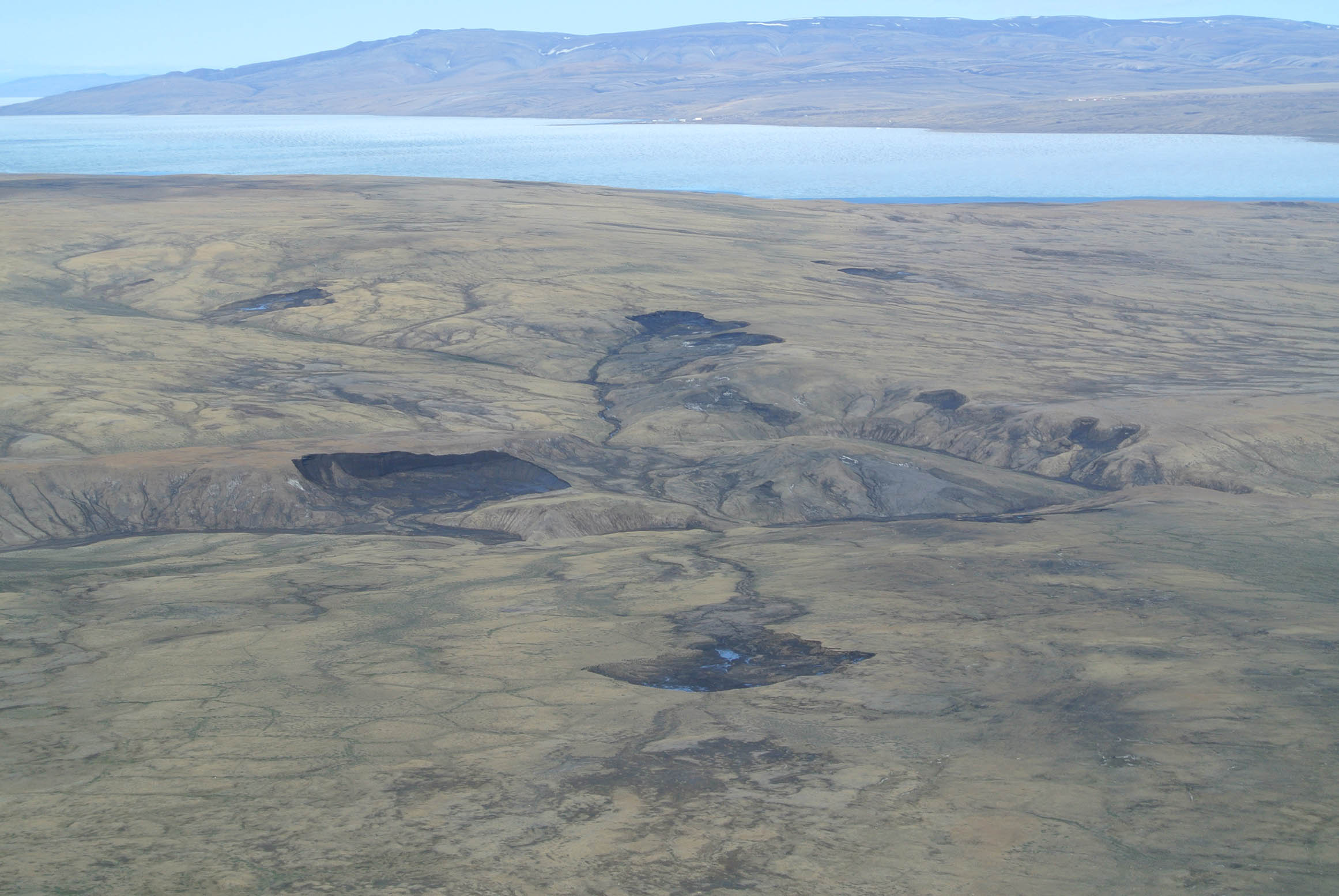 An aerial view of actively melting thaw slumps on the Fosheim Peninusla.
PreviousNext

The summer of 2012 was one of the warmest summers on record and led to a three-fold increase in thermokarst, as well as a particular type of thermokarst called retrogressive thaw slumps. Retrogressive thaw slumps occur when ground ice begins to melt, displacing sediments and exposing more ground ice. The newly exposed ground ice further melts to create surface depressions that can measure up to 100 m wide. In 2012, 240 actively melting slumps were surveyed within the Fosheim Peninsula, compared to the 85–90 active slumps documented in 1991–1995.

Warmer summers have also led to the melting of ice wedges. In some areas this leads to an increase in vegetation cover that can eventually stabilize further ice wedge melt.

The development of thermokarst will continue on the Fosheim Peninsula so long as the climate continues to warm. It will likely lead to changes to the current landscape, as well as impact the region’s ecosystem and threaten current infrastructure in the area (e.g., the Eureka airstrip).