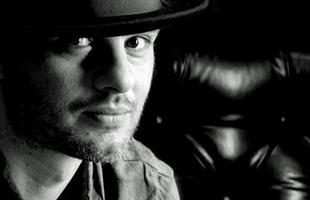 Fred Ewanuick, actor (b at Port Moody, BC 23 Jun 1971). Fred Ewanuick grew up in Port Moody, BC and attended Port Moody Senior Secondary School. His affable and somewhat eccentric screen presence makes him an endearing and likeable performer. Never playing it cool, however, and bringing a methodical and sincere characterization to all his roles, Ewanuick has developed a rich and varied body of work.

After dropping out of the Douglas College theatre program, Ewanuick spent years training with a private acting coach before breaking into film and television. Following small parts in many Canadian and Hollywood feature film productions, movies of the week and syndicated television series, his big break came when he was cast as parking enforcement officer Grant Parker in the Canadian comedy The Delicate Art of Parking (2004). The wildly funny feature is about a group of parking enforcement officers struggling to maintain their dignity while maintaining their jobs as, arguably, the most despised civil servants in North America. For his admirable and memorable performance as the lead actor in a film stuffed with experienced Canadian talent, Ewanuick was singled out with a best actor award from Spain's Peñiscola Comedy Film Festival.

That film's success earned Fred Ewanuick more high profile work in Canada, including a lead role in Mary WALSH's feature Young Triffie's Been Made Away With (2006) and dramatic roles in the television series Intelligence (2007) and Robson Arms (2005-08). His best-known role, that of Hank Yarbo in the hit Canadian sitcom Corner Gas (2004-09), anchored him well within the world of comedy. The phenomenally successful series (created by Brent BUTT) had fans throughout the world, and Ewanuick's carefully mannered and oddly articulated character was fresh and unique. Ewanuick, along with the cast of Corner Gas, shared the 2007 GEMINI AWARD for best ensemble comedy performance.

In 2008 he took the role of Dan Phillips in the pilot for the comic television series Dan for Mayor, which began airing on CTV in 2010. Fred Ewanuick plays an earnest everyman who impulsively decides to run for public office and has a lot to learn about politics and the media.