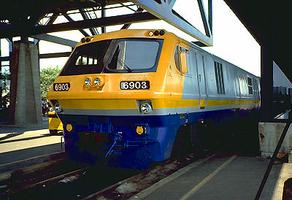 Morley Smith, who was senior designer of this vehicle for VIA rail, is one of many industrial designers who infuence the design of everyday products (photo by Jacques Giard).

The most successful sailing boat of its type in the world was designed by Ian Bruce, Bruce Kirby and Hans Fogh (photo by Jacques Giard).
PreviousNext

Industrial Design, as defined by the International Council of Societies of Industrial Design (ICSID), "is a creative activity the aim of which is to determine the formal qualities of objects produced by industry. These formal qualities include the external features, but are principally those structural and functional relationships which convert a system to a coherent unit both from the viewpoint of the producer and the user. Industrial design embraces all aspects of human environment that are conditioned by industrial production." Though allied to the disciplines of ARCHITECTURE and ENGINEERING, industrial design has a shorter history and did not come into being until the mid-19th century. Prior to this time, the production of everyday objects was mainly the result of individual manual effort within a craft-based economy. The Industrial Revolution made mass production of these same objects possible. Thereafter, artist and craftsmen were largely excluded from the industrial modes of manufacturing. The need for a balance between art and industry, however, was soon expressed by concerned groups and individuals, and ultimately led to the profession now called industrial design.

The major early developments in industrial design occurred in continental Europe, principally England, Germany and Scandinavia. In England, William Morris founded a crafts-based school of design and "production" that was anti-industry, whereas Henry Cole advocated the introduction of art to industry; in 1837 the Normal School of Design (later named Royal College of Art) was founded; in 1849 theJournal of Design began publication; and in 1851 the Great Exhibition was held in London. A comparable development occurred in Germany. In 1907 industrialists, businessmen, artists and architects joined to form the Deutscher Werkbund; their manifesto protested the ugliness of the built environment and demanded the revival of artistic, moral and social ethics in industry. This philosophical direction was to eventually become the founding basis of the Bauhaus, the design school which would influence the development of contemporary industrial design in Europe and elsewhere. In Scandinavia, particularly Denmark and Sweden, industrial design adopted a very cultural and democratic posture, relying on the use of natural materials and organic forms. Industrial design's presence was most evident in furniture and housewares. All objects had a homogeneous style which came to be known as Scandinavian Modern.

In the US, the profession of industrial design took a slightly different direction than its European counterpart and began as a method of sales promotion, concerned with product styling and packaging. Essentially a post-Depression phenomenon, this approach was used by American designers such as Norman Bel Geddes, Henry Dreyfuss, Raymond Loewy and Walter Dorwin Teague in the design of manufactured objects ranging from kitchen appliances to railway locomotives.

Industrial design became firmly established in Canada only after 1945, as a direct result of the development of secondary industry during the war. C.D. HOWE, the federal minister of reconstruction, was concerned that this particular industrial potential be preserved. He requested that a display of industrial discoveries by the NATIONAL RESEARCH COUNCIL OF CANADA be arranged. The exhibit, organized by Donald Buchanan to show that design and technical competence are not mutually exclusive, opened in 1946 at the annual convention of the Canadian Manufacturers' Association, then travelled across Canada. Buchanan pushed for further exposure of industrial design both through the NATIONAL GALLERY OF CANADA and in several small publications. In June 1947 he received a federal government grant to investigate the role of industrial design in Canada, and later that year he proposed a list of recommendations. One of these led to the Industrial Design Act of 1961 and the founding of the National Design Council, a policy and promotional body which had great impact on Canadian design and which became a model for many design councils in other counties. Unfortunately, the council was disbanded in 1985. During the same postwar period, industrial designers began to organize as a profession. In 1946 the Affiliation of Canadian Industrial Designers was formed, which by 1947 had incorporated itself as the Assn of Canadian Industrial Designers.

Industrial design education was not formalized in Canada until the late 1940s. The ONTARIO COLLEGE OF ART offered its first course of study in industrial design in 1947 while, in Québec, l'Institue des arts appliqués, formerly l'École du meuble, had a similar design program. By the late 1960s, various community colleges in Ontario also offered programs in industrial design technology. The first degree programs were instituted in 1969, one at l'U de Montréal and another at the U of Alberta. Other universities followed suit and degree programs now exist at Carleton U, l'U du Québec à Montréal and at the Emily Carr College of Art and Design. Graduate degrees are awarded at l'U de Montréal, the U of Alberta and the U of Calgary.

Many Canadian designers have left their mark on industrial design in Canada. Jacques Guillon, Julien Hébert, Jan Kuypers and Frank Dudas were pioneers in the profession. Their impact was especially evident in transportation design (Montréal's Métro in the 1960s, VIA Rail's LRC in the 1970s), and in exhibition design (Expo 67, Expo 70) and furniture. In the years that followed, Douglas Ball became known internationally for his office furniture. Ian Bruce played the principal role in designing the Laser sailboat and in making possible its fabrication in many countries. Similarly, John Tyson, Morley Smith, Michel Dallaire, Claude Gidman and Koen de Winter have influenced the design of a great many everyday products: telephones, snowmobiles, leisure products, streetcars and housewares. Thomas Lamb, Keith Muller, and André Jarry are known in Canada and abroad as leading furniture designers.

More recently, a generation of young designers is making its presence felt. Karim Rashid, Tom Deacon, Richard Brault, Diane Croteau, Jean-François Jacques and Michel Morelli are providing leadership and vision in industrial design in Canada. A number of Canadian manufacturers, small and large, have also contributed to both a better utilization and a better integration of industrial design in industry, notably Northern Telecom through its sister company Bell Northern Research, Bombardier, Black & Decker, Noma, Danesco, Prévost, Canstar, Teknion Furniture and Umbra. Within Canada, both industry and the general public are developing a growing awareness of the value of industrial design. 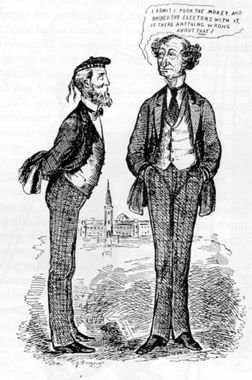 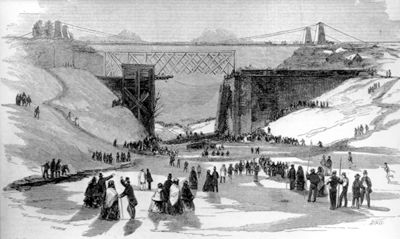