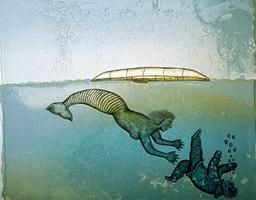 Inuit mythology is a repository of Inuit culture, passed down by elders through generations to enrich and enlighten. Traditionally used in all aspects of daily life, Inuit mythology has undergone a resurgence in popularity as community groups aim to preserve traditional teachings as a method of cultural and political solidarity.

The definition of a myth is as fluid as myths themselves. Myths are usually seen as narratives used to explain characters, experiences or phenomena of religious or spiritual importance that are illustrative of a certain community’s belief system. A legend is a story handed down by tradition, yet loosely based on history. Some mythologists, like David Leeming, are more relaxed in their approach to defining myths and legends, and include both in the category of mythology. Though myths may be fantastic, or unbelievable to some, this does not diminish their importance or the messages they contain.

Inuit who make their homes across the vastness of Canada's Arctic belong to a much larger family that extends from the Bering Sea through Alaska and northern Canada to Greenland. These imaginative, hardy and resourceful peoples are linked not only linguistically, but by a distinctly similar culture and way of life, as seen through Inuit art, song, dance, myth and legend. Their songs and story forms of myths and legends, linguistically as well as stylistically, relate most closely to Siberian — and possibly Finno-Ugric and early Hungarian (Magyar) traditions. Thus, language and legend may give clues to ancient routes of migration.

Like all mythology, Inuit myths and legends are both entertaining and instructive. The Inuit designated the powers of good and evil to deities living in a spirit world closely entwined with the starkly beautiful northern landscape.

Ancient Inuit oral traditions were employed as the most important method of conveying and preserving ideas, augmented sometimes by small carvings that may have served as illustrations for events. Songs and dances also enhanced the meanings of myths and legends, which upheld the existing system, bolstered the traditional customs of Inuit society, and verbalized a sense of right and wrong. These early tales were intrinsically linked to Inuit shamanism.

Inuit myths and legends are usually short dramatic forms dealing with the wonders of the world: the creation, the heavens, birth, love, hunting and sharing food, respect for the aged, polygamy, murder, infanticide, incest, death and the mystery of afterlife. Inuit storytellers continue to remodel old myths and create new legends.

Inuit myths are rarely simple, usually abounding with behavioural codes that may only be fully understood by those living within that society. The stories reinforce a close relationship with all of nature, as well as the belief that animals have the magical power to hear and understand human words. For this reason, hunters in their camps, when singing or speaking of walrus or seal, may carefully refer to them as maggots or lice, or call caribou lemmings, thus confusing the animals that are necessary for their survival.

A fundamental tenet of Inuit mythology is the belief in other worlds beneath the sea, inside the Earth and in the sky where some gifted angakoks (shamans) have the power to journey in trances and in dreams, visiting places that ordinary mortals would only experience in the afterlife.

Dreams have always played an important part in the lives of Inuit, perhaps serving as the basis for some myth forms. Dreams are interpreted with care. Dreams of polar bears are said to have sexual overtones. Dreams of weasels suggest troubles. Bird dreams forewarn of blizzards.

Some Inuit myths are thought-provoking in their deceptive simplicity. An extremely short example is as follows: Onto a boy's arm came a mosquito. "Don't hit! Don't hit!" it hummed. "Grandchildren have I to sing to." "Imagine," the boy said, "So small and yet a grandfather."

Among the most famous Inuit myths is the legend of the sea goddess, known by various names (Sedna, Nuliayuk, Taluliyuk, Taleelayuk). In the myth, a young girl is cast into the ocean, where she becomes the keeper of all the sea mammals.

The legend of Lumiuk (Lumak, Lumaag) tells of an abused blind boy who finds refuge in the sea, where he recovers his sight and ends his abuse. The legend of Kiviuk (Kiviok, Kiviuq), a major mythological figure in the same sphere as Sedna, explains the abundance of fish and the absence of trees in the Arctic tundra; while the legend of Tikta’Liktak tells the story of a young hunter’s journey home after becoming lost on an ice floe.

Supernatural beings accompany many Inuit myths, including: Mahaha, a demon that terrorizes the Arctic and tickles its victims to death; Ijiraat, shapeshifters that may change into any arctic animal but may not disguise their red eyes; Taqriaqsuit, shadow people who are rarely seen but often heard; Qallupilluk (or Qalupalik, see below), scaly, human-like creatures that snatch children into the sea; Inupasugjuk, giants who capture humans; and Tuniit, who are seen as simple-minded but extremely strong ancestors of the Inuit.

Ancient tools and art objects may lie preserved in the permafrost unharmed for countless centuries waiting to be discovered, but oral culture represents a valuable intellectual possession that, once lost, has no way of returning. Thus, many programs exist to promote the use and understanding of traditional Inuit myth and legend. One such program was developed by the Qikiqtani Inuit Association and encourages readers to speak with elders in the community to learn more, and to pass the stories on themselves, thus reinforcing the importance of listening and storytelling to the survival of oral culture. 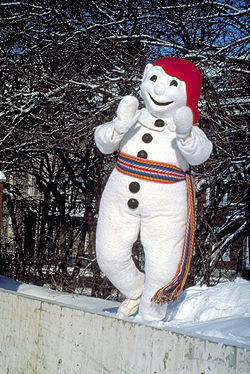 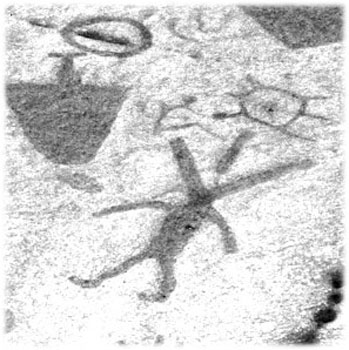 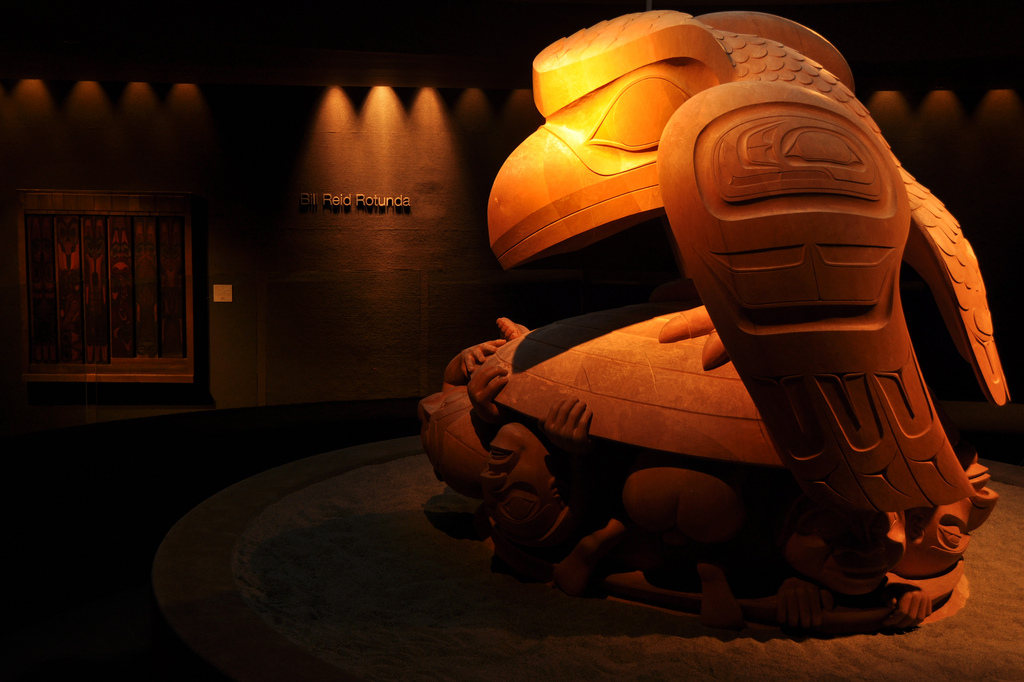