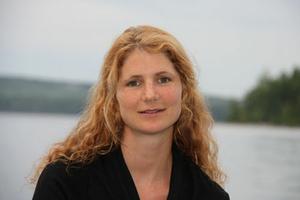 Johanna Skibsrud, poet and novelist whose 2009 The Sentimentalists won the Scotiabank Giller Prize

Johanna Skibsrud, poet, novelist, short story writer (born at Meadowville, NS, 9 May 1980). A graduate of the UNIVERSITY OF TORONTO and CONCORDIA UNIVERSITY and a PhD candidate at the UNIVERSITÉ DE MONTRÉAL, Johanna Skibsrud's first publication was a collection of POETRY, Late Nights With Wild Cowboys (2008), which, without garnering a large amount of critical attention, established a new literary voice - these are intensely personal, reminiscent poems of family, friends, relationships and localities. They are marked by their reference to that which is vulnerable to change in human experience, but also depict the desire for continuity and stability. Past events, and the weight that they bring to bear on the psychological states of the protagonists and upon their future, are often foregrounded. The rhythms and line lengths employed are jagged and variable, reflecting the changeable nature of the subject matter and the speaker's state of mind.

A second collection of poems, I do not Think that I Could Love a Human Being, appeared in 2010. In many ways it reflects the preoccupations of the first; seemingly everyday events can form turning points in outlook or sensibility. Vivid, often brief tableaux evoke the natural world, the actions of individuals, and the psychological responses they stimulate. The importance of having the courage to live each moment to its fullest extent is emphasized; existence is presented as an engagement with others and the material world, where the shaping is mutual.

Skibsrud's first novel, The Sentimentalists (2009), unexpectedly won the 2010 SCOTIABANK GILLER PRIZE. The novel explores the effect on generations of a family of a violent incident in the VIETNAM WAR. Drawing heavily on Skibsrud's own family experience, it engages with the effort to recreate the truth of a past event, the success - or lack of it - of such a recreation, and the human cost it may involve. Some readers may find the many time changes in the first half of the novel confusing, but they are an effective prelude to the increasingly dramatic events of the later parts. The novel includes a 30 page coda which is based on an historical transcript of Skibsrud's father's testimony to a commission of enquiry set up to investigate the incident. The difficulty of establishing the truth of a past event is extreme: "Still, the details get in, and still, everything is left out," the protagonist complains. The prose itself is strongly descriptive and consciously restrained, owing something to the war writing of authors such as Hemingway and Mailer. Until it won the Giller, the novel had been largely ignored, and the limited resources of its publisher made it impossible for many readers to acquire a copy until a trade edition appeared under a major imprint.

In 2011 Skibsrud published a collection of short stories, This Will be Difficult to Explain. It is socially and geographically diverse, with settings in Canada, the USA, France and Japan. Several characters feature in more than one of the stories, which provides a much-needed counterweight to their variety. "The Electric Man" features a strange individual whose claims about his past are dubious. Other stories recount experiences of a young woman in France and her difficulties in communication and love. "Clarence" is an ironic account of a photographer who finds that her subject has died but whose widow wishes the photographic portrait to proceed despite his demise. The title story, through its presentation of an historical situation and its legacy, is linked in its themes to The Sentimentalists and to two of the other stories, "The Limit" and "Angus' Bull," which feature rural families facing situations that may deeply affect the fate of the participants. The collection concludes with "Fat Man and Little Boy" (the names given by the US military to the bombs dropped on Hiroshima and Nagasaki), and depicts the experiences of two old friends exploring Japanese history and culture. The collection as a whole engages with many of the preoccupations of Skibsrud's earlier work.