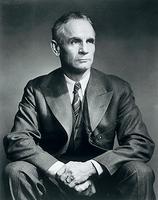 Progressive premier of Manitoba, he went on to become leader of the renamed Progressive Conservative Party (photo by Karsh/courtesy PAM).

John Bracken, politician, premier of Manitoba (b at Ellisville, Ont 22 June 1883; d at Ottawa 18 March 1969). A graduate of the Ontario Agricultural College, he worked for federal and provincial governments in the West until 1910, when he became a professor of field husbandry at the University of Saskatchewan. In 1920 he moved to Manitoba Agricultural College, joined the Progressive movement, and at the request of the elected members became premier at the head of a United Farmers of Manitoba government in 1922.

For the next 2 decades he led a careful government, dealing as well as anyone could in a province with limited financial resources with the problems of the Great Depression. In 1942, although he had become close to the Liberals, the Conservative Party called on him to be leader, a task he accepted on condition the party add "Progressive" to its name. Bracken's appeal was limited, in part because of a halting speaking manner and his unwise decision to remain out of Parliament for almost 3 years. In 1945 he led the party to defeat and he resigned in 1948. 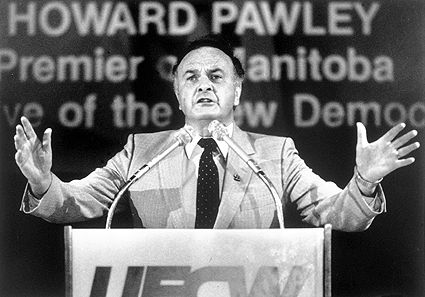