John Maclean, or Am Bàrd MacGilleathain, meaning "The Bard MacLean," Scottish Gaelic poet (b at Caolas, Tiree, Scot 8 Jan 1787; d at Addington Forks, NS 26 Jan 1848). At an early age, he displayed a talent for composing poetry, a skill which earned him the patronage and friendship of Alexander 15th Maclean of Coll (an island in the Scottish Hebrides). Apprenticed to a shoemaker at age 16, he later went to Glasgow to work at his trade but returned to Tiree about a year later. Shortly after the publication of his first book of poems he decided to emigrate to Canada and he and his family left Tobermory, Mull, in 1819 on the ship Economy. They settled at Barney's River, Pictou County, and removed, in January 1831 to Glenbard, Antigonish County. The hardships which he endured as a pioneer are graphically depicted in the most famous of his poems "A'Choille Ghruamach" ("The Gloomy Forest"). His songs constitute an important source of information on the way of life in a 19th-century Scottish Gaelic community. 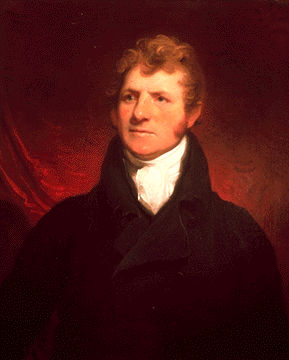