The Okanagan Valleyis the territory of the Okanagan of the Interior Salish. In 1811, David Stuart, a Scottish fur trader, was the first non-Indigenous person to visit the area. Oblate missionaries arrived in 1859 and built a mission on the present site. They planted the first fruit trees a few years later. The Father Pandosy Mission is now a provincial historic site.

By 1861 the Hudson's Bay Company had established a small trading post and a grain mill was set up in 1871. The townsite was laid out in 1892 and the name was chosen from the Okanagan word meaning “grizzly bear.” At incorporation the population was 600. Shortly after there were 11 sawmills, three fruit-packing plants and two canneries. As the potential of the land became recognized, cattle ranching, hay and grain cultivation, and orchard growing spread. By 1910 Kelowna was gaining fame as “The Orchard City.” Canadian National Railway main-line rail service arrived in 1925.

Kelowna’s population grew dramatically after the Second World War partly due to a veteran resettlement program. By 1961, it had reached 13,000 and continued to grow rapidly so that 20 years later it was approaching 60,000. In the mid-1980s, during a province-wide recession, its population continued to grow but at a much slower rate. By the end of the century Kelowna’s population had reached 100,000. In 2016, the majority of residents claimed English, Canadian and German ethnic origins. Visible minorities represented 9.5 per cent of the population, with South Asian, Chinese and Filipino people comprising the largest groups.Those identifying as Indigenous represented 5.5 per cent of city residents.

Kelowna is the main marketing, distribution and health care centre of the central Okanagan Valley. The city's large area contains many orchards and vineyards and several wineries. Other significant sectors of the economy are construction, retail and tourism.

Kelowna was connected to the Coquihalla Highway in 1990, providing a more direct route to the lower mainland. The city sits at the eastern terminus of the William R. Bennett bridge, one of the few floating bridges in North America. It replaced the Okanagan Lake Bridge (1958) in 2008. The city is also served by rail lines and an international airport.

Kelowna is home to several theatre groups, a symphony orchestra, and numerous art galleries. Many are centered in a six-block area of the city centre called the Cultural District. The district also includes four museums displaying the area’s development and history. Okanagan College, dating back to 1965, offers a range of college programs as well as adult education. A campus of the University of British Columbia is also located in the city. The daily newspaper, the Daily Courier, was established in 1904.

With many beaches on Okanagan Lake, a sunny climate, numerous boat launches and a pretty harbour for hundreds of boat owners, the city is a popular tourist centre. 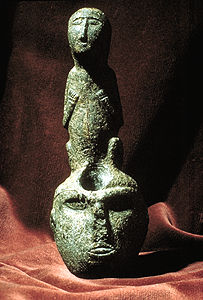 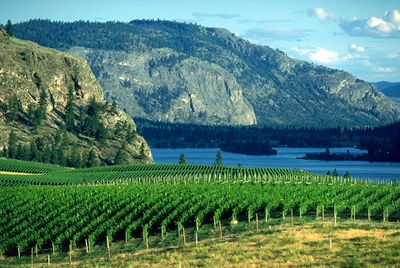