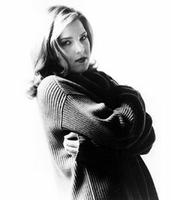 Diana Jean Krall, jazz singer and pianist (b at Nanaimo, BC, 16 Nov 1964). She went from Nanaimo to the Berklee College of Music in Boston as a teenager, and later studied piano in Los Angeles with Alan Broadbent and Jimmy Rowles and in Toronto with Don Thompson. To this point a jazz pianist who sang occasionally as lounge work required, she moved to New York in 1990 and gradually reversed her instrumental and vocal roles, drawing on a repertoire of classic pop songs from the 1930s and 1940s. After 2 early CDs, Steppin' Out (1993) and Only Trust Your Heart (1995), her third release, All For You (1996), a tribute to the American singer-pianist Nat King Cole, marked her emergence internationally and led to an increasingly demanding itinerary of engagements at festivals and in concert halls in North America, Europe and Japan. By her fourth CD, Love Scenes (1997), Krall had adopted an intimate performing style - alternately sultry and sly vocally, simple but swinging instrumentally - complimented by a glamourized image that further enhanced her appeal. Her fifth CD, When I Look in Your Eyes (1999), sold more than 2 million copies and brought Krall awards in the Jazz vocal categories of both the Grammies and Junos in 2000. Her sixth CD, The Look of Love was released in 2001 followed by Live in Paris in 2002. The Girl in the Room, released in 2004, featured several songs written in collaboration with her husband, pop singer Elvis Costello. Krall's 2005 release Christmas Songs was named Vocal Jazz Album of the Year at the 2006 Junos. From This Moment On (2006), a collection of relaxed standards and The Very Best of Diana Krall (2007) followed, and in 2009 she released Quiet Nights, an intimate session featuring ballads and bossa novas. Glad Rag Doll, released in 2012, drew on the production skills of T-Bone Burnett and saw Krall revisit music from her childhood, inspired by memories of listening to her father's record collection.

In 2006, Krall was named jazz vocalist of the year and best international musician at the National Jazz Awards 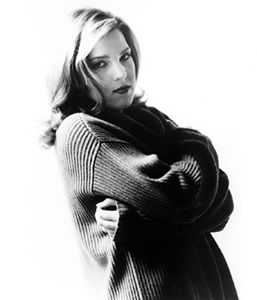