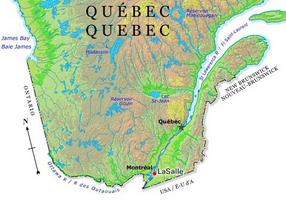 The Flying Windmill in LaSalle, Qué, was declared a historic monument in 1983 (courtesy Town of LaSalle).
PreviousNext

In 1667, René-Robert Cavelier de la Salle became seigneur of the land of present-day LaSalle. In order to avoid the Lachine Rapids, traders, explorers and Indigenous people portaged along a path that would become LaSalle Boulevard. In 1824, the Lachine Canal was constructed to bypass the rapids, allowing Montréal to become the economic centre of Canada.

In 1912, the city of LaSalle was created when the Parish of Lachine divided into 2 municipalities. The city adopted the name of the original seigneur of the area. At this time, LaSalle did not have an industrial base. However, by 1925 many industries established themselves along the Lachine Canal.

LaSalle is situated at the crossroads of the South Shore, downtown Montréal and the West Island. It has dynamic industrial and commercial sectors in proximity to highways, railways and the Dorval airport.

Île aux Hérons bird sanctuary, which includes all the islands of the Lachine Rapids, provides a feeding and nesting area for numerous bird species. The Fleming Windmill was declared a historic monument in 1983 and restored in 1991. Located on Stinson Park, it is the only windmill of Anglo-Saxon design in Québec with a device for turning its sails windward.