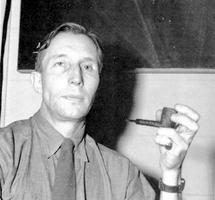 After a tentative beginning with the publication of the Nova Scotia Magazine (1789-92) in Halifax and the Quebec Magazine/Le magasin de Québec (1792-94) in Québec City, brief experiments in literary journalism in the British North American colonies appeared more frequently in the 1820s and 1830s with the increase in an educated middle-class population. The earliest magazines largely contained material reprinted from books, newspapers and British and American magazines. The response of contributors grew, however, and patriotic editors encouraged an indigenous literature, so that increasing amounts of original material were introduced.

Contributions were generally unsigned or acknowledged by initials or pseudonyms, such as "Canadensis"; the traditional anonymity of contributors was not abandoned until the latter part of the century. Some early titles - the Christian Recorder (Kingston and York, 1819-20, the first in Upper Canada), the Literary Miscellany (Montréal, 1822-23), the Canadian Magazine & Literary Repository (Montréal, 1823-25), the Acadian Recorder, or Literary Mirror (Halifax, 1823-25) - indicate the journals' eclectic nature: in them appeared history, current events, travel description, tales and verse. The term "magazine" was used in its most basic sense, meaning "storehouse."

Other titles, such as the Canadian Garland (Hamilton, 1832-33), the Colonial Pearl (Halifax, 1837-40), the Amaranth (Saint John, 1841-43) and the Mayflower (Halifax, 1851-52) evoke the flowery gentility of their literature. Most successful was the Literary Garland published in Montréal by John Lovell and edited by John Gibson, 1838-51. Its most frequent contributor was Susanna MOODIE; others included John RICHARDSON, Charles SANGSTER, Catharine Parr TRAILL and Anna JAMESON. Mr and Mrs Moodie's venture in Belleville, the Victoria Magazine (1847-48), followed the more usual pattern of a short life, expiring within a year.

At mid-century, improvements in printing presses and an increase in literacy opened new markets for special interest publications, most notably those devoted to religion. In 1852 the Royal Canadian Institute founded the Canadian Journal: A Repertory of Industry, Science and Art. Edited initially by geologist and explorer Henry Y. HIND, it became an important medium for the academics of the newly formed universities of Canada East and West. It was superseded by the Proceedings of the institute in 1878.

Vying with the popularity of weekly newspapers, and with readers' easy access to American and British magazines, and struggling to overcome problems of distribution to a scattered population, publishers attempted to reach a national audience with the Anglo-American Magazine (Toronto, 1852-55), edited by R.J. McGeorge; the British American Magazine (Toronto, 1863-64), published by G. Mercer Adam and edited by Hind; John Dougall's New Dominion Monthly (Montréal, 1867-69); and Stewart's Literary Quarterly (Saint John, 1868-72), edited by George Stewart, Jr.

The Canadian Monthly and National Review was launched in 1872, abetted by the new nationalistic fervour abroad after Confederation. Published by Adam and with the early support, both financial and editorial, of Goldwin SMITH, it amalgamated in 1878 with Belford's Monthly (1876-78) to become Rose-Belford's Canadian Monthly and National Review. During its 10 years of publication most of the leading figures of the day contributed articles, essays, fiction and verse. Intellectual in tone, highly moral in purpose, it became a nonpartisan forum for Canadian writers on controversial issues and lent impetus to the development of a Canadian literature. Smith continued some of its tradition in his review of current events in The Bystander (1880-83, 1889-90), and The Week (1883-96), whose first editor was the young Charles G.D. ROBERTS.

By the century's end, mass circulation weeklies and magazines, such as SATURDAY NIGHT (1887- ), Dominion Illustrated (1888-95), Canadian Magazine (1893-1939) and MACLEAN'S (1896- ), began to thrive as advertisers' interest in their potential increased. Several university quarterlies were established (see LITERARY PERIODICALS). THE UNIVERSITY MAGAZINE (1907-20) succeeded McGill University Magazine (1901-06). Another group of regional magazines appeared at this time: New Brunswick Magazine (Saint John, 1898-1905), Great West Magazine (Winnipeg, 1891-1908), Prince Edward Island Magazine (Charlottetown, 1899-1905), Acadiensis (Saint John, 1901-08) and Westminster Hall (Vancouver, 1911-27). These magazines are invaluable in providing a picture of the social and political life of the times and a reflection of the current ideas of writing and literary taste.

Until WWI, writers looked to Britain and the US for their literary models, but after 1918 magazines in Canada began to define Canadian literary activity. Saturday Night had always noted literary development in Canada and now CANADIAN FORUM (1920- ) could point with pride to the achievements of Canadian THEATRE and the GROUP OF SEVEN. The Dalhousie Review (1921- ) published important essays on emerging Canadian nationalism.

The major forerunner to the exciting literary magazines of later years was the supplement to the McGill Daily, founded by Frank SCOTT and A.J.M. SMITH. It evolved into the McGill Fortnightly Review (1925-27), from which Scott moved to the Canadian Mercury (1928-29), which attacked the traditionalist views of the CAA. Modelled on British examples, the Montréal-based magazine launched a revolution in Canadian poetry inspired by T.S. Eliot and Ezra Pound. Apart from the UNIVERSITY OF TORONTO QUARTERLY (1931- ) which brought mature critical standards to Canadian criticism, the Depression years were a barren decade for creative publishing. Short stories were published in Maclean's and Saturday Night and traditional poems were published in newspapers. BC's first literary magazines were the 2 issues of the B.C. Argonaut and the Vancouver Poetry Society's Full Tide (1936-66). But during WWII new ground was prepared for serious creative development. It started in Montréal with Patrick Anderson's left-wing Preview (1942-45), which published the writing of P.K. PAGE, Scott and A.M. KLEIN. Despite differences in outlook between this magazine and John SUTHERLAND's First Statement (1942-45), the 2 merged as NORTHERN REVIEW (1945-56). The magazine was criticized for its right-wing, traditional and formal poetry, but it published early work by Irving LAYTON, Miriam WADDINGTON, Louis DUDEK and Raymond SOUSTER. From north Vancouver and later Victoria, Alan Crawley published CONTEMPORARY VERSE (1941-52), which later inspired the Winnipeg-based CV II (1975- ). From Halifax, Raymond Souster published his mimeo magazine Direction (1943-46) followed by the Toronto magazines Enterprise (1948), CONTACT (1952-54) which evolved into Contact Press, and Combustion (1957-60). An expensive but short-lived Toronto publication was the 4 issues of Here and Now (1947-49). Other promising magazines lasted an issue or 2.

The 1950s was a decade of literary growth, partly because of the ease of reproduction by mimeograph. Quarry (fd 1952 at Queen's U), CIV/N (1954-56) and TAMARACK REVIEW (1956-82) under Robert Weaver published sophisticated writing. Marshall MCLUHAN and Edward Carpenter published Canada's first post-modern literary magazine, Explorations (1953-59). In Montréal Louis Dudek began Delta (1957-66), which was taken over by Yes (1956-70) in 1966. In 1945 A.G. BAILEY had founded THE FIDDLEHEAD as a poetry magazine at University of New Brunswick; under Fred COGSWELL's editorship (1952-66) it broadened to include prose and scholarship, and became a magazine of national significance. In Vancouver, George WOODCOCK began CANADIAN LITERATURE (1953- ), which often publishes poetry alongside literary criticism. A student magazine at UBC, Raven (1955-62) was an important publication that introduced many significant poets, especially those associated with Tish, and was a forerunner to the finer production values of magazines in coming years.

The 1960s saw the beginnings of literary magazines in every area of the country. Some rare mimeo magazines include Al PURDY and Milton ACORN's Moment (1961) and Toronto's Bohemian Embassy's The Sheet (1961) published in less than 100 copies. Photo-offset reproduction methods improved production quality at reasonable cost, and literary manifestations of a surging nationalism were encouraged by the CANADA COUNCIL, by provincial arts funding and municipal grants. James REANEY's Alphabet (1960-71) was inspired by the mythopoeic theories of Northrop FRYE. Frank DAVEY founded Tish (1961-65) at UBC, stressing the poem as a developing experience, rather than as a finished product. This mimeo magazine's 45 issues frequently published George BOWERING, Fred WAH, Daphne MARLATT and David MCFADDEN. Tish inspired a cluster of magazines and small presses, both in support of its views and in reaction against them. Bowering's Beaver Cosmos Folio (1968-71) often published chapbooks devoted to a single poet, and Imago (1964-73) was devoted to the long poem. Davey's Open Letter (1965- ) publishes critical commentary on experimental work. The variety of the 1960s is indicated by such titles as Seymour Mayne's Cataract (1961-62); Patrick LANE's Up th Tube with One i (Open) (1961-63); David McFadden's Mountain (1962); Bill BISSETT's radical blew-ointment (1963-72); Henry Beissel's Edge (1963-69); Evidence (1960-67); Parallel (1966-67); and Alan Safarik's Blackfish (1971-73). Another important magazine was bp NICHOL'S grOnk (1965-93); published irregularly in small runs, it challenged all the conventions of literary publishing. Culture (1931-71), one of the few bilingual scholarly magazines, began regular publication in 1965. Another bicultural magazine was Le Chien d'or/The Golden Dog (1971-75). Ellipse (1971- ) publishes translations of Québec and English-Canadian poets, 2 per issue.

Magazines such as Fraser Sutherland's Northern Journey, Dave GODFREY's Porcépic, and White Pelican (closely associated with Sheila WATSON who was on its board of directors) all contributed to the nation's awareness of its literary artists. In Québec, a number of important LITERARY PERIODICALS IN FRENCH performed a similar service for francophone writers and readers.

One significant development in the 1960s was the university-based quarterly; creative writing courses were established, and by mid-decade many universities had literary magazines, including University of Windsor Review (fd 1965), West Coast Review (Simon Fraser, 1966), Wascana Review (U of Saskatchewan, 1966), Malahat Review (U of Victoria, 1967), MOSAIC (U of Manitoba, 1967), Antigonish Review (St Francis Xavier U, 1970), CAPILANO REVIEW (North Vancouver, 1970) and Exile (York U, 1972). These in turn have generated short-lived student- and professor-edited publications on campuses across Canada.

Another important feature of the 1960s was the alternative newspaper. Some, such as Vancouver's Georgia Strait (which evolved into New Star Books), or Guelph's Marxist Alive, grew into SMALL PRESSES. Many magazines of the 1960s evolved into the small press publishers of the 1970s, including Talon, blewointment, 3 ¢ Pulp, Alive, Porcépic, Fiddlehead, Square Deal, Blackfish, Quarry, NeWest Review, Delta and Pottersfield Portfolio.

Running against the impulse of nationalism were the internationalist magazines such as Prism International (1956- ), Contemporary Literature in Translation (1967-78) and Exile. Descant (1970- ), Jewish Dialog (1970- ) and Waves (1972- ) reflected a cosmopolitan awareness. Malahat Review became more Canadian, on the other hand, with a change of editors in 1982. The new Canadian writing also found expression in special issues of American, Australian and New Zealand literary magazines.

Women's magazines reflected the many concerns arising from the women's movement at the populist and academic levels with Fireweed (1977- ), Branching Out (1971-81), Room of One's Own (1975- ), Canadian Woman Studies (1978- ), Atlantis (1975- ), and others such as Makara, The Other Woman, Kinesis and Broadside that answered particular needs.

In the 1980s, some ambitious new magazines, like Ethos (1983- ), strove for international circulation. The short-lived Canadian Literary Review (1982) and Gamut (1979- ) tried to balance the Canadian tradition with international writing. Among the successful university magazines was McGill's Rubicon (1983-88). Newer magazines opted for a variety of styles, from the conservative paper, The Idler (1985- ) to the complimentary tabloid, What (1985- ). As computer technology became readily available, so did the possibility of a database literary magazine; Swift Current (1984- ) was founded by Frank Davey and is available via modem to subscribers. In addition, seminars organized by the Canadian Periodical Publishers Association and various provincial writers groups improved production, distribution and promotion of Canadian literary magazines. Committed to new writing, literary magazines continue to keep the literature vital.