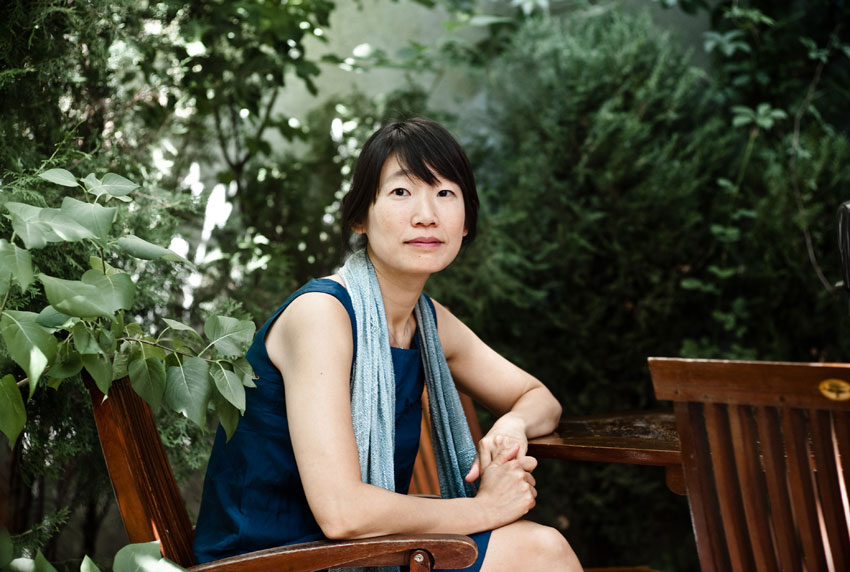 Madeleine Thien was born the same year her parents immigrated to Vancouver from Malaysia. Her father is Chinese Malaysian and her mother was originally from Hong Kong. Her older brother and sister were born in Malaysia. She studied contemporary dance at Simon Fraser University and completed an MFA in creative writing at the University of British Columbia of in 2001. That same year, she published her first book, Simple Recipes, a collection of short stories derived from her MFA thesis.

Simple Recipes signalled the appearance of a promising young writer whose empathetic fiction remarkably conveys feelings of loss, loneliness and fragmentation. The book focuses on family relationships and conflicts between generations and cultures, foregrounding children’s sense of alienation, confusion and violence, often in the context of broken families. Thien received several prizes for the collection: the 2001 Canadian Authors Association/ Air Canada Emerging Writer Award for most promising Canadian writer under age 30, the 2001 City of Vancouver Book Award, the 2002 VanCity Book Prize, and the 2002 Ethel Wilson Fiction Prize. It was also named a Kiriyama notable book for 2001.

Thien’s first novel, Certainty (2006), was named a 2007 Kiriyama Prize finalist. Certainty is set in North Borneo (now Malaysia) during the Second World War, a conflict that Thien considers “the dark heart of our century.” She describes the aftermath of war and decolonization, the personal losses that political changes produce, and the emotional dislocation of the experience of migration.

Her second novel, Dogs at the Perimeter, was published in 2011. It follows survivors of the violence of the Cambodian Khmer Rouge who slaughtered millions in the late 1970s; they are trying to find some way to live with their histories and, if possible, to find loved ones lost in the revolution.

Thien’s third novel, Do Not Say We Have Nothing (2016), won the Governor General’s Literary Award for fiction and the Scotiabank Giller Prize. It was also shortlisted for the Man Booker Prize. The novel opens in Vancouver with Li-Ling (Marie in English) reflecting back on her father’s departure and then suicide in Hong Kong in 1989, at the time of the Tiananmen Square protests in Beijing. A few months after the tragedy, Marie and her mother had received a letter from a woman in China asking them to provide temporary shelter for their daughter, Ai-ming, who had gotten into trouble at the protests. As it turns out, Ai-ming’s father is the composer Sparrow and was Marie’s father’s mentor in the 1960s at the Shanghai Conservatory of Music. From there, Marie gradually unravels the long-suppressed story of her father’s love of music and the way he was crushed over the course of the Cultural Revolution.

The Chinese Violin (2001) is a children's book based on the true story of a girl who emigrated from China with her father.

Thien has lived in various locations — Vancouver, the Netherlands, Québec City, Montréal and Berlin. At the age of 20, she began to travel throughout Southeast Asia, where she met members of her extended family and researched her novels. She continues to travel often, and her fiction reflects on how times and places intersect in people's lives.

In her fiction, Thien examines the ways people find to deal with love and loss, memory and identity, to reconstruct their lives and make themselves a home. This quest for meaning takes many different paths, including neuroscience, photography and other visual images, and the identification of patterns, codes and mathematical systems. Through this combination of poetic and scientific approaches, Thien explores how people define their relationship to the world.

In November 2015, Steven Galloway, the author of the acclaimed The Cellist of Sarajevo and then head of the creative writing program at the University of British Columbia, was accused of sexual assault, sexual harassment and bullying by a former student. Galloway was placed on leave and former BC Supreme Court justice Mary Ellen Boyd was hired to investigate the allegations. The report was filed in June 2016 and concluded that none of the central allegations could be adequately substantiated. Nonetheless, at the end of June, UBC announced that Galloway’s employment would be terminated due to an irreparable breach of trust. Since the university failed to protect the confidentiality of the investigation, Galloway’s reputation was destroyed on social media and elsewhere. Madeleine Thien had known Galloway since their student days and was appalled by his treatment by the university. On 26 September 2016, Thien sent a letter to the principals at the university, detailing the ways she believes the case was mishandled and his career was ruined unjustly, and also requesting that the university remove her name from any promotional materials where it might appear.