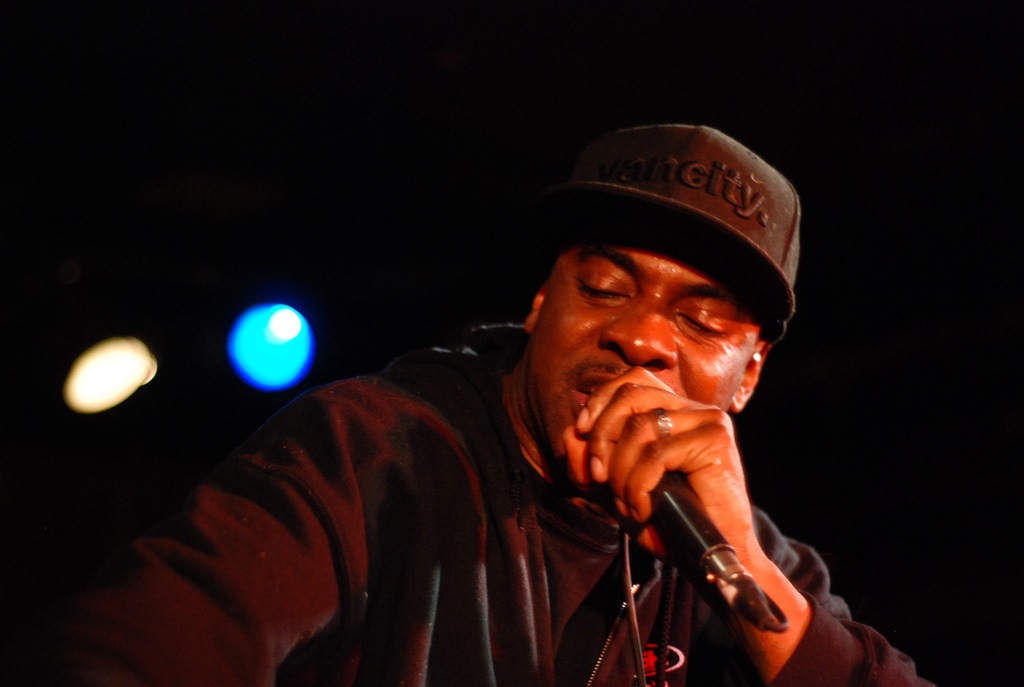 The oldest of three children of Guyanese immigrants, Wes Williams grew up in the Toronto suburbs of North York and Scarborough. He took piano lessons as a child while his brother played drums and his father, who sparked his interest in music, played the saxophone. After hearing his father’s copy of Sugarhill Gang’s “Rapper’s Delight” at the age of 11, Williams, who was already writing poetry, decided he wanted to be a rapper.

Williams attended Carleton University in Ottawa for a year and played on the football team, but music remained his passion. After returning to Scarborough, he worked as a security guard at Parkway Mall. He snuck in time to write songs and got the idea to change his name to Maestro Fresh Wes while walking past a Tuxedo Royale store. Around the same time, he split from Vision Crew and met budding young promoter Farley “Flex” Fridal (later a judge on Canadian Idol), who became his manager.

Inspired by the pioneering recordings of Toronto MC Michie Mee, Maestro Fresh Wes began to put together demos with DJ LTD (real name Alva Swaby), including one called I’m Showing You. It included the song “Let Your Backbone Slide.” With Flex (and his mother, who co-signed a loan for $3,000), Maestro scraped together $5,000 to make a video for the song. He got his first major break when he appeared on the MuchMusic show Electric Circus. After seeing his performance, popular dance music artist Stevie B introduced Maestro to executives at the New York-based label LMR. LMR signed him to a record deal with Canadian distribution handled by Attic Records.

Maestro’s debut album, Symphony in Effect (1989), was recorded in about two weeks. The album cover — a mash-up of classical music and rap motifs, featuring Maestro decked out in a tuxedo and black power necklaces and wielding a conductor’s wand — was photographed by his father in his parents’ basement. The lead single, “Let Your Backbone Slide,” became a trailblazing landmark. It was the first Canadian hip hop single to chart in the Top 40. It reached No. 10 on the RPM Canadian singles chart in March 1990. It was certified gold for selling more than 50,000 copies and remained the best-selling Canadian hip-hop single for more than 20 years. It was surpassed by Kardinal Offishall’s “Dangerous” and K’Naan’s “Wavin’ Flag” in 2010.

Symphony in Effect also featured the hit single “Drop the Needle.” The album was certified platinum in Canada, making Maestro Fresh Wes the first Black Canadian artist to achieve that feat. “Let Your Backbone Slide” was nominated for Best Dance Recording at the 1990 Juno Awards and for Single of the Year in 1991. Its success led to the creation of the Best Rap Recording category at the 1991 Juno Awards, which Maestro won for Symphony in Effect.

In 2016, the music video for “Drop the Needle,” directed by Joel Goldberg, was named one of 150 essential works in Canadian cinema history by a poll of 200 media professionals conducted by TIFF, Library and Archives Canada, the Cinémathèque québécoise and The Cinematheque in Vancouver in anticipation of the Canada 150 celebrations in 2017.

After his breakout success, which led to touring dates with Public Enemy, Maestro released his sophomore album, Black Tie Affair (1991). It yielded the ska-influenced single “Conductin’ Thangs” and the socially conscious “Nothin’ At All,” in which Maestro openly discussed the racism against Aboriginal peoples and black Canadians. Eager to use his initial success to develop the Canadian hip-hop scene, he featured many up-and-coming artists on the album, including Simone Denny and Thrust (real name Chris France). Black Tie Affair earned Maestro 1992 Juno Award nominations for Male Vocalist and Rap Recording of the Year. Although it reached No. 24 on the album chart and was certified gold in Canada, it did not fare as well commercially as his debut.

Disappointed with the response to Black Tie Affair, Maestro moved to Brooklyn in 1992. He released Maestro Zone (1992), a repackaged version of Black Tie Affair with some new songs. He began working with Showbiz — of the acclaimed duo Showbiz and A.G. — on songs with a grittier sound, including the single “Fine Tune da Mic” from Maestro’s third album, Naaah, Dis Kid Can't Be From Canada?!! (1994). He also revamped his image, ditching the dapper tuxedo in favour of the more common, streetwise hoodie. Although the album was nominated for Rap Recording of the Year at the 1995 Junos, it did not sell well in Canada or the US. Maestro became an independent artist in New York.

After returning to Toronto in 1996, Maestro heard a compilation CD of Canadian music featuring “Let Your Backbone Slide” alongside such artists as Joni Mitchell, Neil Young and The Guess Who. That band’s 1969 hit “These Eyes” proved inspirational. He used a sample from it on “Stick to your Vision,” on which he ruminated about the course of his career (“I seen a lot of valleys, I seen a lot of peaks / I seen the bitter with the sweet, victory and defeat / Sometimes I fell, but a voice kept saying / Son, stick to your vision, keep the composition”).

Dropping “Fresh Wes” from his name to go simply by “Maestro,” he signed a Canadian record deal with Attic Records. Attic released his fifth studio album, Built to Last, in 1998. “Stick to your Vision,” the lead single, became a Top 40 hit, peaking at No. 32 on the RPM Canadian singles chart. Built to Last also connected Maestro with a new generation of Toronto hip-hop artists that had emerged in his absence. They included Choclair and Ghetto Concept, who were featured on the album. Maestro continued this approach on his next album, Ever Since (2000), working with such prominent Canadian rappers as Kardinal Offishall, Saukrates and Infinite. Unfortunately, his record label went out of business two weeks after the album’s release, and the record was barely promoted.

In 2009, he was nominated for a Gemini Award for best supporting actor for his role in The Movie Network series The Line (2008-09), co-written by George F. Walker. After landing guest spots in several more TV series, he was cast as a high school teacher in Gerry Dee’s popular CBC comedy series Mr. D (2012–18).

Maestro did not abandon his music career, however. He performed occasionally throughout the 2000s with such Toronto acts as Classified and Ghetto Concept. In 2005, he released a “best of” compilation entitled Urban Landmark: 1989–2005. He also issued a cover of Gowan’s “Criminal Mind,” featuring Toronto rapper Infinite. He appeared at CBC’s Hip Hop Summit in 2011, where he performed “Let Your Backbone Slide” with k-os and Shad. Maestro also made headlines in 2012 when he mocked Rob Ford and Stephen Harper in a comical and politically-charged performance with Public Enemy in Toronto.

Williams returned to recording in 2012. He released the EP Black Tuxedo, which was nominated for Best Rap Recording at the Juno Awards. After topping CBC Music’s 2013 list of the 25 Greatest Canadian Rappers, Williams resumed his full Maestro Fresh Wes moniker on his album Orchestrated Noise (2013). He described the record as a “conceptual extension” of his first album. It featured a wide array of artists including Measha Brueggergosman, Public Enemy’s Chuck D, Kardinal Offishall, Sam Roberts, The Trews, and Lights. The track “Reach for the Sky” featured rapper Classified and sampled Blue Rodeo’s “Try.” It was featured prominently on CBC TV’s broadcasts of the 2014 Olympic Winter Games.

In September 2013, as part of the Canada’s Walk of Fame Festival, Maestro celebrated the release of Orchestrated Noise and the 25th anniversary of his career by performing a show at Toronto’s Massey Hall. He was joined by such special guests as k-os, Kardinal Offishall, Shad and Divine Brown. In 2016, Maestro served as a judge for CBC Radio 2’s talent search, Searchlight.

In 2010, Maestro became an author, co-writing with his wife the self-help memoir Stick to Your Vision: How to Get Past the Hurdles & Haters to Get Where You Want to Be. It includes a foreword by Public Enemy’s Chuck D. Maestro has toured schools as a motivational speaker. He participated in the Toronto District School Board’s Read to Succeed program and served as a keynote speaker at many corporate and public events, including at Carleton University’s 75th anniversary celebrations in January 2017. He has also been involved in many causes and charities, including Toronto’s SickKids Hospital, War Child, Save the Children, Covenant House, Special Olympics, Battered Women’s Support Services and The African AIDS Society, among others.